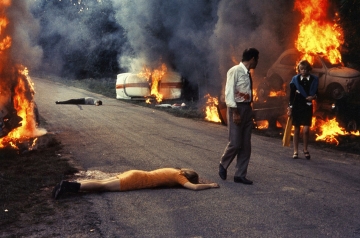 “The impact of progress turns Reason into submission

to the facts of life, and to the dynamic capability of

producing more and bigger facts of the same sort of life.”

“A heaving sea of air hammers in the purple brown dusk

worker faces vibrating out of focus in yellow halos of

“They are rebuilding the City.” 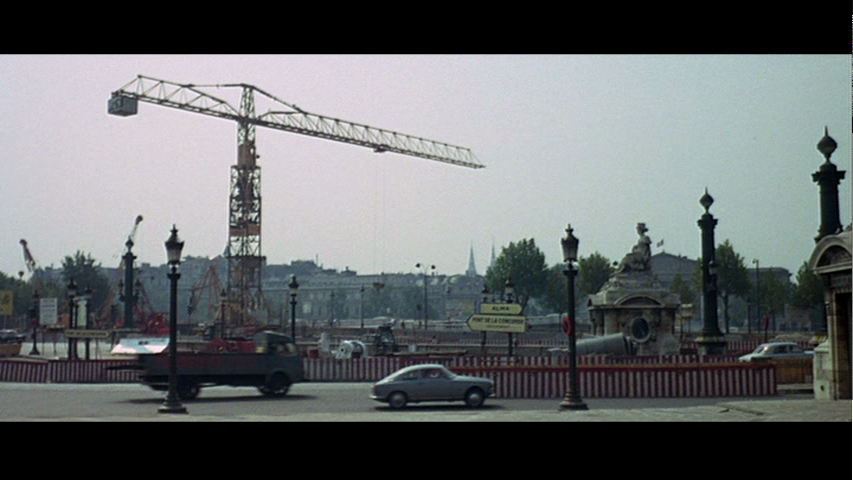 In Godard’s 2 OU 3 CHOSES QUE JE SAIS D’ELLE, Paris is shown and described undergoing a series of strange mutations. One of the most evident of these changes is the monstrous high-rise housing complexes that are being put up in the suburbs, la région Parisienne (the “elle” of the title). Certain housewives living in these new acres of concrete, in order to help ‘make ends meet,’ spend their afternoons in the city as part-time prostitutes.… Read more »

From the Sunday, March 24, 1968 New York Times (“Movie Mailbag”). Coincidentally, I had just taken a bus in Manhattan with a friend the previous night to see Godard’s La Chinoise at an avant-premiere screening in Philadelphia, and before boarding the bus back, I bought the Sunday Times and found my letter published there prominently. — J.R. 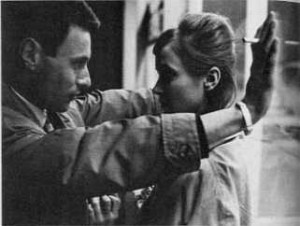 I SUPPOSE one should be grateful for The Times’s belated “recognition” of Jean-Luc Godard, particularly after a record of disapproval that has helped to keep much of his work unseen and misunderstood in this country for nearly a decade. But Eugene Archer’s slick comments are painfully inadequate for anyone who knows and cares about Godard’s films. and misleading for anyone who doesn’t. Adhering to a hallowed Times tradition, Archer is informative and interesting whenever he sticks to objective facts about Godard’s career; it is only when he turns to the films themselves that he shows his naivité.

Essential to his understanding of Godard are three questionable assumptions:

l) In order to be an artist, a filmmaker has to be a “dramatist,” not an “essayist.”

2) Godard’s films are composed of arbitrary and unstructured selections of material (“Godard…shoots anything that strikes his fancy and edits it into his film”).… Read more »