I’m still hoping  that Sam Fuller’s most personal film (1952), which he financed himself and was a personal favorite, will become available eventually on DVD. (I erroneously stated here that it’s included in a Criterion Eclipse set until a correspondent thoughtfully corrected me.)  –J.R. 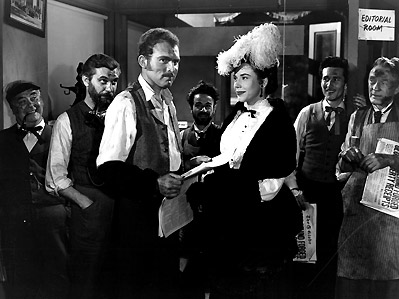 Nearly two decades have elapsed between the making of Samuel Fuller’s PARK ROW and its premiere at the Cinema Mac-Mahon. In the interim, Fuller has gone from being a cause célèbre in France to a critical industry in England, where no less than three books on his films have already appeared. A major limitation of this overkill, which is threatening to “assimilate” Douglas Sirk as its next victim, is its absolute humorlessness — a quality that was rarely present in Godard’s or Luc Moullet’s writing on either director in the 50s. Reviewing Sirk’s A TIME TO LOVE AND A TIME TO DIE, Godard affirmed that “ you have to talk about this kind of thing…deliriously, you can be quietly, or passionately delirious, but delirious you have to be, for the logic of delirium is the only logic that Sirk has ever bothered about.” In addition to being about as delirious as the London Times, most of the English writing about Sirk and Fuller suffers from myopia as well.… Read more » 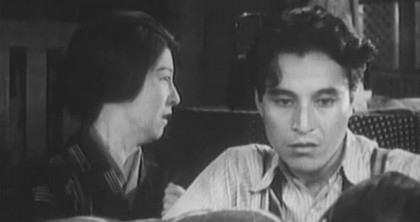 A particular revelation was WIFE FOR A NIGHT, which contradicted at least half of the received ideas that have been circulating about Ozu elsewhere. One of the ten silent films that he made in 1930, this remarkable American-style thriller begins and ends mainly in exteriors: a desperate robbery and escape at night, the criminal being led away at dawn. Virtually all of the intervening action is contained in the robber’s one-room flat, where he, his ailing daughter, his wife, and a policeman stand nervous vigil over one another for the night’s duration.… Read more »