Blood for Dracula & The Wedding

From Oui (July 1974). I was able to make my dislike of Blood for Dracula more apparent here than I could when I interviewed Paul Morrissey around the same time in Paris (and for the same magazine), for what proved to be the March 1975 issue. -– J.R. 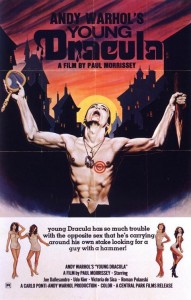 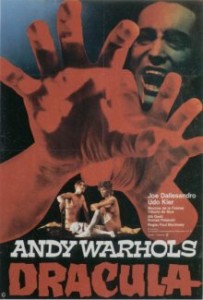 Blood for Dracula. A Dracula movie by the director of Flesh, Trash, and Heat

(all of which, incidentally, are currently playing in Paris)? That’s what the credits

say. Blood for Dracula, a grisly number shot in Italy by Paul Morrissey and

host of authentic European weirdos, including a Count Dracula (Udo Kier) who

puts a lot of greasy stuff in his hair and sets off for Italy in search of virgin blood.

to a couple of spectacular vomiting fits. Dallesandro plays a revolutionary peasant

before the count can get to them, and then turns hatchet man for the Grand