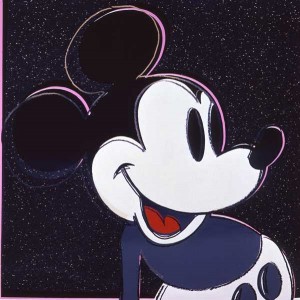 According to SITE project director Theodore Adamstein, “We’re using the vocabulary of cinema to present this work.” Thus the whole second-floor gallery space of the Whitney is painted black, and lit by a silvery light that highlights the exhibits while keeping spectators in relative darkness. Forty twelve-by-eight-foot screenlike frames, used in a variety of ways, contribute equally to the idea of museum space as movie house.

Some sequences of drawings can be viewed through separate windows, each lit from above, permitting the spectator to become his own projector while walking past them. Certain exhibit titles are projected, and video as well as small back projections are being used to present certain series of drawings in motion.

A silhouette combining the shapes of Mickey Mouse and a film projector, developed during the show’s planning stages, spells out the ambitious theme of the installation — the first SITE project ever commissioned by a museum. Tools and artifacts of the animation trade, like scale models, layouts, sketches, and test reels — not to mention such basic environmental animation equipment as desk, table, moviola, and mixing board-round off the tribute. The exhibit, “Disney Animations and Animators,” runs through September 6. — Jonathan Rosenbaum