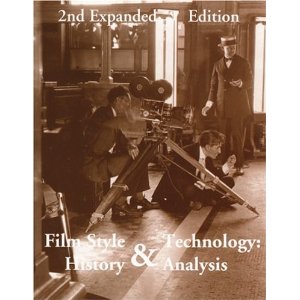 in film studies that this major work had to be brought out at the author’s own expense.

have had to date, stretching from 1885 through the Seventies, with roughly one chapter

per decade, and for this aspect of the book alone, no comprehensive library devoted to

film history can afford to be without it. In addition, the book’s innovative use of statistical

introduces a new form of rigor to film analysis that deserves to be considered in detail.

If, as a “total” view of cinema, Salt’s approach often seems constricted, it nonetheless

yields a wealth of potentially useful material to many different kinds of film scholars.

As Salt’s title makes clear, a technological history of film represents only one part

of his enterprise.… Read more »