Life Is A Dream 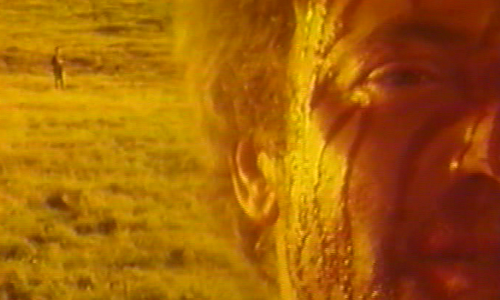 Also known as Memory of Appearances, this ambitious feature by the extraordinary and prolific Raul Ruiz relocates portions of both versions of Calderon’s Life Is a Dream — the sacred and profane versions, written many decades apart — in a provincial movie theater, where a Chilean revolutionary tries to recall portions of a secret code drawn from the text, gets interrogated by the police behind the movie screen, and imagines himself as a participant in some of the genre films he’s watching. If this sounds confusing, it’s nothing compared to the multileveled games with the imagination that Ruiz plays throughout this intriguing labyrinth, where vestiges of science fiction, musical comedy, western shoot-outs, and costume dramas rub shoulders with themes and lines from Calderon. The important thing to keep in mind is that, however murky the proceedings may get, Ruiz is basically out to have fun, and as one of the supreme visual stylists in the contemporary cinema, he can guarantee more visual surprises and bold poetic conceits than we are likely to find crowded together elsewhere. Cheerfully indifferent to the modernist notion of a masterpiece, he conflates the profound with the tacky in a liberating manner that turns both into a witty carnival of attractions (1986). (JR)