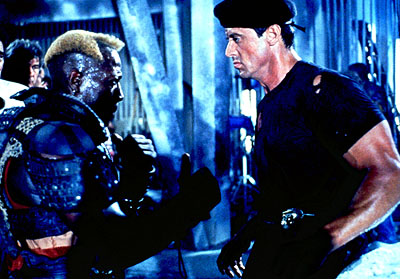 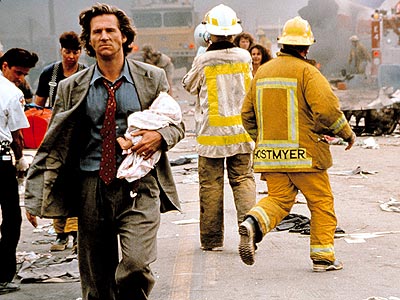 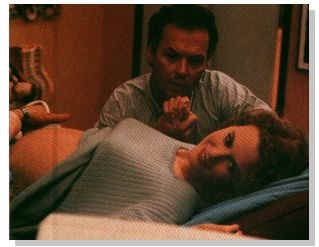 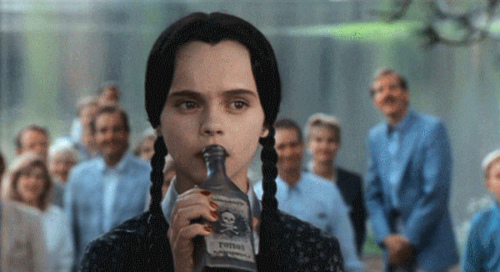 This decidedly offbeat 1992 French comedy-drama–Confessions d’un barjo in French–from Jerome Boivin (Baxter) is an adaptation of Philip K. Dick’s Confessions of a Crap-Artist, set in contemporary provincial France rather than 50s California but otherwise reportedly fairly close to the original. The central characters are an unconventional pair of fraternal twins who maintain an unusually close bond into adulthood–a sort of dysfunctional holy fool (Hippolyte Giradot) who serves as narrator and his impetuous sister (Cyrano de Bergerac’s Anne Brochet). The sister marries a fairly conventional aluminum salesman (Diva’s Richard Bohringer), and their life together starts to go haywire after she becomes obsessed with another local couple. Expect the unexpected in the interaction of these five characters, and count on some effective performances along the way. Film Center, Art Institute, Columbus Drive at Jackson, Friday, November 26, 6:00 and 7:45, and Saturday, Sunday, and Thursday, November 27 and 28 and December 2, 6:00, 443-3737.… Read more »

This sequel starts off with the same sort of hard-sell blackout gags as its predecessor, most of them built around the premise of Gomez (Raul Julia) and Morticia (Anjelica Huston) having another baby. But once Joan Cusack enters the picture as a nanny-cum-serial-killer/gold digger with her eye trained on Fester (Christopher Lloyd) things get livelier, and by the time the movie reaches its centerpiece–Wednesday (Christina Ricci) and Pugsley (Jimmy Workman) being shipped off to summer camp–the comedy has moved into high gear and become one of the funniest, most mean-spirited satirical assaults on sunny American values since the salad days of W.C. Fields. Paul Rudnick wrote the script and Carol Kane costars as Granny. Burnham Plaza, Golf Glen, Lincoln Village, Water Tower, Ford City, Evanston, Hyde Park, Norridge, Webster Place.… Read more »

Sweetie and An Angel at My Table have taught us to expect startling as well as beautiful things from Jane Campion, and this assured and provocative third feature offers yet another lush parable about the perils and paradoxes of female self-expression–albeit one that seems at times a bit more calculated and commercially minded. Set during the last century, this original story by Campion–which evokes at times some of the romantic intensity of Emily Bronte–focuses on a Scottish widow (Holly Hunter) who hasn’t spoken since her childhood, presumably by choice, and whose main form of self-expression is her piano playing. She arrives with her nine-year-old daughter in the New Zealand wilds to enter into an arranged marriage, which gets off to an unhappy start when her husband-to-be (Sam Neill) refuses to transport her piano. A local white man living with the Maori natives (Harvey Keitel) buys the piano from him and, fascinated by and attracted to the mute woman, agrees to “sell” it back to her a key at a time in exchange for lessons, with ultimately traumatic consequences. Not to be missed. Fine Arts, Old Orchard.… Read more »

Because You Are a Woman

This powerful feminist Korean docudrama by Kim Yu-jin (1990) demonstrates yet again the near universality of the injustices suffered by rape victims. In this case the victim is a young housewife and mother (Won Mi-kyung) who bites off the tongue of a man who attacks her one night on the street, only to find herself brought to trial and convicted for injuring him; eventually she files for a second hearing in an attempt to clear her name. Methodically directed and forcefully acted, this is one of the strongest contemporary Korean pictures I’ve seen, lucid and angry in its calm indictment. Film Center, Art Institute, Columbus Drive at Jackson, Saturday, November 20, 8:15, 443-3737.… Read more »

Turnabout: The Story of the Yale Puppeteers

A fascinating and highly entertaining hour-long video (1992) by Dan Bessie about a trio of puppeteers who toured America for more than seven decades with their satirical musical revues: Bessie’s 92-year-old uncle, puppeteer Harry Burnett; Burnett’s cousin Forman Brown; and Brown’s lover, Roddy Brandon. (Their LA theater–which counted Charlie Chaplin and Albert Einstein among its fans–was called the Turnabout because it had a puppet stage at one end, a cabaret stage at the other, and seats that swiveled.) Burnett and Brown, both still alive, perform entertainingly, and we also get fascinating archival footage of some of their shows. Brown, who wrote songs, also talks about his recently republished 1934 novel Better Angel, originally published under a pseudonym, perhaps the only gay novel of its period with a happy ending. A fascinating piece of show-business history, this also offers many interesting comments about what it meant to be gay in the early part of this century. On the same Gay & Lesbian Film Festival program, four short films by Sandi DuBowski, Ruth Scovill, and Iara Lee; one of Lee’s films features Allen Ginsberg narrating, the other features Matt Dillon reading T.S. Eliot’s “The Love Song of J. Alfred Prufrock.” Chicago Filmmakers, 1543 W.… Read more »

This Brechtian biopic by English filmmaker Derek Jarman about Ludwig Wittgenstein encompasses everything from the philosopher’s pampered childhood to his friendships with Bertrand Russell and John Maynard Keynes and his relationships with rough young men. This is probably the best of Jarman’s narrative features to date, presented in a series of spare but powerful tableaux–beautifully and thoughtfully designed, like Joseph Cornell boxes with black backgrounds. With Karl Johnson, Michael Gough, and Tilda Swinton. Music Box, Thursday, November 11, 7:00.… Read more »

The Nightmare Before Christmas

Tim Burton, working as a producer at Disney, employs stop-motion animation to flesh out a story he first dreamed up while working at the same studio a dozen years ago–a tale about the havoc that ensues when Jack Skellington, the pipe-cleaner hero of Halloweentown, decides to take over the duties of Santa Claus at Christmastime. As adapted by Michael McDowell and scripted by Caroline Thompson, this is at worst a macabre Muppet movie, at best an inspired jaunt. The set designs are ingenious and the songs (music and lyrics by Danny Elfman) are fairly good. Directed by Henry Selick, with the voices of Chris Sarandon, Catherine O’Hara, Elfman, and Paul Reubens. Bricktown Square, Burnham Plaza, Lincoln Village, North Riverside, Water Tower, Ford City, Hyde Park, Old Orchard, Webster Place.… Read more »