Casualties of the Mass Market [THE VOICE OF THE MOON & CASINO] 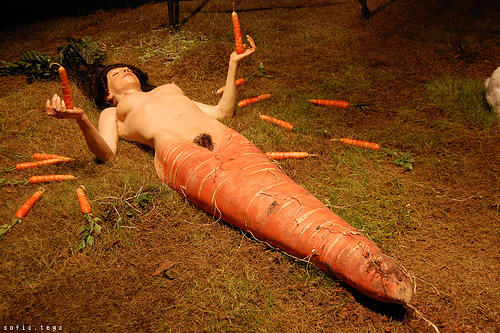 The Voice of the Moon

Written by Nicholas Pileggi and Scorsese 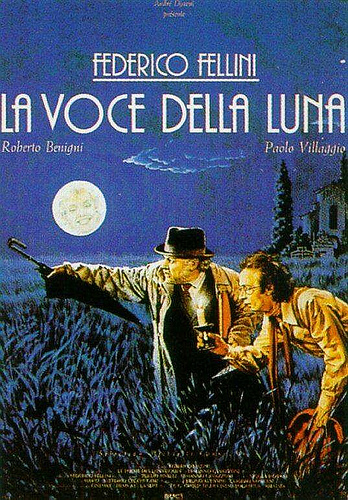 If I had the choice of seeing either Martin Scorsese’s latest (Casino) or Federico Fellini’s last (The Voice of the Moon) a second time, I’d opt for the Fellini. Both films are relatively minor works by relatively major filmmakers, though Scorsese has described The Voice of the Moon as one of Fellini’s “better pictures.” But Fellini’s swan song has a sweetness and sadness because it represents a kind of local — that is to say national — filmmaking that seems to be quickly vanishing from the mainstream. It isn’t hard to understand why no U.S. distributor has picked up this 1990 movie: it’s too Italian, and it isn’t at all easy to follow as storytelling, because it digresses all over the place. Yet these qualities, which are part of the film’s charm and poetry, might have worked in its favor outside Italy 30 years ago, when audiences tended to be more curious about other cultures and other forms of storytelling.… Read more »

If you’ve read one or more of Alain Robbe-Grillet’s novels but haven’t seen any of his films, you might as well see this one (1994)codirected by Dimitri de Clercq, one of his students, whose father financed itthough it’s pretty much like his others. An enigmatic, occasionally tongue-in-cheek mystery story set on a Greek island, it’s generally more pleasurable for its abstract formal patterns than for its narrativean aesthetic tease without many payoffs. Considering that Robbe-Grillet has been directing his own pictures since 1963, it’s disappointing that he hasn’t varied his routines much, either formally or erotically. Fred Ward and Arielle Dombasle star. (JR)… Read more »

Hearts Of The World

One of the best reasons for seeing this powerful 1918 D.W. Griffith featurea love triangle (Lillian and Dorothy Gish and Robert Harron) set in a French village during World War Iis that it’s the only Griffith feature in which Erich von Stroheim has a featured part; Noel Coward also appears in an early bit. (JR)… Read more »

This masterful and extremely moving 1995 feature by Gianni Amelio (Open Doors, Stolen Children) is a powerful piece of storytelling that recalls some of the best Italian neorealist films. An Italian con artist (Enrico Lo Verso) tries to set up a fake corporation in postcommunist Albania in order to get his hands on state subsidies; with his business partner, he digs up a traumatized 70-year-old former political prisoner to serve as the phony president of his phony company, but the poor creaturewhose memory, like Albania’s links with the outside world, seems to have frozen a half century earlierkeeps wandering away. (Finding the old man at one point shoeless in a hospital, the hero is able to reclaim him only when the wife of another patient, silently realizing her husband will never leave his bed again, offers her husband’s shoesa beautiful bit of silent exposition that perfectly illustrates Amelio’s uncanny gifts of suggestion and implication.) The story only grows in dimension and resonance as it proceeds, becoming an epic, multifaceted portrayal of a postcommunist Europe awakened from its slumbers by TV and consumerismas illuminating a portrait of what’s happening in the world as we can find in movies. As the title suggests, it also has something to do with America and what it representsor used to representfor others.… Read more »

The City Of Lost Children

As a work of the imagination, inflected by Dickens, Disney, and David Lynch’s Dune, this costly 1995 French fantasy by writer-directors Jean-Pierre Jeunet and Marc Caro is certainly preferable to their earlier Delicatessen. Yet the emotions seem almost as manufactured as the sets. The occupants of this dank, squalid world (which often recalls Robert Heinlein’s story Universe) include a mad scientist named Krank (Daniel Emilfork), six clones (Dominique Pinon), a disembodied brain (the voice of Jean-Louis Trintignant), various cyclopes and kidnapped children, Siamese twin sisters who run an orphanage/black-market operation, a sideshow strongman with the mind of a child (Ron Perlman), and a nine-year-old girl with the mind of an adult (Judith Vittet). Sadly, the technical logistics seem to have impeded the dreamlike flow a movie like this requires. In French with subtitles. 112 min. (JR)… Read more »

This remake of Billy Wilder’s weak 50s romantic comedy minimizes the jaded, dirty-old-man aspect of the sub-Lubitsch original (a flaw it shares with Wilder’s Love in the Afternoon) with better casting. Humphrey Bogart certainly had his gifts, but Harrison Ford makes a better romantic lead as a tycoon opposite a gamine chauffeur’s daughter; and if Julia Ormond initially seems to be playing Audrey Hepburn rather than Sabrina, she eventually takes over the part for herself. Sydney Pollack directs with the sort of polish that was easy to take for granted two decades ago but almost looked like classicism in 1995. With Greg Kinnear (in the William Holden part), Nancy Marchand, and John Wood, in a script by Barbara Benedek and David Rayfiel. This is basically Hollywood nonsense with all the usual dishonesty, but it goes down easily. PG, 127 min. (JR)… Read more »

Some of the most exhilarating camera movements and most luscious black-and-white cinematography you’ll ever see inhabit this singular, delirious 141-minute communist propaganda epic of 1964, a Cuban-Russian production poorly received in both countries at the time (in Cuba it was often referred to as I Am Not Cuba). Directed by Mikhail Kalatozovbest known in the West for his 1957 The Cranes Are Flyingfrom a screenplay by Yevgeny Yevtushenko and Enrique Pineda Barnet, this multipart hymn to the Cuban communist revolution may be dated to the point of campiness in much of its rhetoric, but it stands alongside the unfinished masterworks of Sergei Eisenstein and Orson Welles about Latin America, Que Viva Mexico and It’s All True, two parallel celebrations from foreign perspectives. (The constructivist shack occupied by a Havana prostitute in the first episode is one example of stylization run amok here.) In Spanish and Russian with subtitles. 141 min. (JR)… Read more »

Jeff Bridges stars as Wild Bill Hickok in an ambitious and flavorsome picture by writer-director Walter Hill–based on Thomas Babe’s play Fathers and Sons and Peter Dexter’s novel Deadwood–that’s not only a western but also a western saga and an art picture of sorts. Very striking to look at it in terms of Joseph Nemec III’s production design and Lloyd Ahern’s cinematography (with varying uses of black and white as well as color), the film ultimately comes up short when it has to deal with Hickok as something other than a legend; Hill is hampered as usual by his fixation on iconography over everything else. Ellen Barkin seems a bit uncomfortable with her underwritten part as Calamity Jane, but the remainder of the cast–including John Hurt, Diane Lane, David Arquette, Christina Applegate, Bruce Dern, James Gammon, and Marjoe Gortner–does a pretty good job of playing scenery, and Keith Carradine turns in a nice bit as Buffalo Bill. You may feel a little let down by the end of this movie because it hasn’t managed to marshal all its virtues, but there’s plenty of grit and atmosphere along the way. Water Tower.… Read more »