Set just after World War II, Francesco Rosi’s 1961 feature about a Sicilian outlaw hero brought Rosi international fame. Clearly it’s one of his bestalthough his later films used variations on its flashback structure again and again, ultimately making some of it seem less fresh. Still, this is arguably as good as or better than anything Rosi has done since. (JR)… Read more »

Gregory Nava’s 1997 biopic about the Mexican-American pop star Selena Quintanilla Perez, killed at the age of 23 by the president of her fan club, is typical of the genre’s excesses, but I enjoyed quite a bit of it, in large part because of the energy and charisma of Jennifer Lopez in the title role. The film adeptly points to the contradiction inherent in being Mexican-Americantoo Mexican for white Americans but too American for Mexicans, as Selena’s cantankerous father and manager (Edward James Olmos) explains. The handling of the musical numbers through split-screen and crosscutting techniques is also effective. What doesn’t work at all is the treatment of Selena’s murder and the events that lead to it. Even if one discounts the rumor that her death grew out of a lovers’ quarrelwhich, if true, would make nonsense of much of this movie’s touching love storythe motivation offered here is cursory and unconvincing. With Jon Seda, Jacob Vargas, Lupe Ontiveros, and Jackie Guerra. 127 min. (JR)… Read more »

Three Lives And Only One Death

Perhaps the most accessible movie of the Chilean-born Raul Ruiz (who has some 90 titles to his credit)a sunny showcase for the charismatic talents of the late Marcello Mastroianni, who plays four separate roles, as well as a testament to Ruiz’s imaginative postsurrealist talents as a yarn spinner and a weaver of magical images and ideas. Mixing ideas borrowed liberally and freely from stories by Nathaniel Hawthorne and Isak Dinesen with whimsical notions that could belong to no one but Ruiz (such as the tale of a millionaire who willingly and successfully turns himself into a beggar), this 1996 French comedy with a Paris setting often resembles a kind of euphoric free fall through the works and fancies of a writer like Jorge Luis Borges. Among the spirited cast members are Mastroianni’s daughter Chiara, Melvil Poupaud (City of Pirates), Anna Galiena, Marisa Paredes, and Arielle Dombasle. Pascal Bonitzer is the cowriter. 123 min. (JR)… Read more »

Two medium-length experimental films dealing with the male body that seem derived from nearly antithetical aesthetic positions. Jeffrey Skoller’s 1994 The Malady of Deathadapting a characteristic Marguerite Duras story that’s read offscreen by J.D. Trow, about sexual encounters between a man and womanexplores the male body like a landscape, softly intercutting ocean waves, a bit of found footage, and a lot of very Durasian black leader; the overall effect is legato, lyrical, hypnotic, and incantatory. By contrast, Michael Wallin’s 1995 Black Sheep Boywhich also has an offscreen commentary about desire and is much more blatantly homoeroticis all staccato jump cuts, hard surfaces, and leering poses for the camera. (JR)… Read more »

Murders In The Rue Morgue

A 1932 creeper very loosely based on the Poe story, with Bela Lugosi in his first horror role after Dracula and Caligari lighting by Karl Freund. Robert Florey directed, and John Huston was one of the writers. With Sidney Fox, Leon Ames, and Arlene Francis. 75 min. (JR)… Read more » 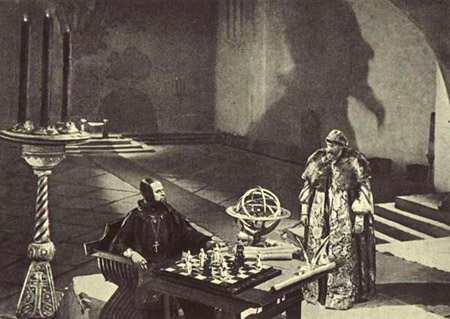 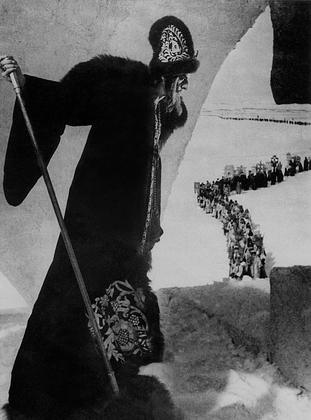 Across The Sea Of Time

This technically impressive if dramatically hokey 3-D Imax film about the American immigrant experience and New York City, at the turn of the century and in the present, requires the use of a helmet for maximal sound and image impact. Fine as a novelty, dubious as much else. Pedophiles may get a special kick out of having the boy hero (Peter Reznik) virtually seated in their laps through the magic of 3-D. Directed by Stephen Low from a script by Andrew Gellis. (JR)… Read more »

Buster Keaton is a bachelor who stands to inherit a fortune if he finds himself a bride by seven o’clock in this 1925 silent feature, which Dave Kehr has described as a cubist comedy . . . based on a principle of geometric progression from the number seven. Adapted from a stage-bound play by David Belasco, it takes off into the stratosphere only at the climax, but that outlandish chase sequence alone is well worth the price of admission. 56 min. (JR)… Read more »

An intriguing curiosity, this is Keith Sanborn’s subtitled, black-and-white, letterboxed video version of a postsituationist 1973 French film by Rene Vieneta redubbed and possibly recut version of a color Hong Kong martial arts movie, The Crush. Given the film-to-video and color-to-black-and-white transfers, this is surely as much an appropriation of someone else’s material as the French original is. Broadly speaking, Vienet’s work can be described as the What’s Up, Tiger Lily? of French post-Marxist high theorywhich is sometimes an outright and deliberate hoot, sometimes apparently serious, and sometimes too ambiguous in tone to be labeled one or the other. (JR)… Read more »

I suppose this is a worthy project, and because Arthur Penn directed it, the mise en scene is certainly effective. But I can’t say I liked it much. Scripted by Bima Stagg and produced for Showtime in 1996, this is a painful, harrowing tale about a leftist, well-to-do white university professor (Eric Stoltz) in South Africa. After attending an Amnesty International concert in Zimbabwe in 1988, he’s arrested for conspiring against the government, then tortured at length, psychologically and physically, chiefly by a police colonel (Nigel Hawthorne). The action moves back and forth between his ordeal, which ends with his suicide, and an investigation into his case almost a decade later, after the end of apartheid, during which the colonel is interrogated by a black official (executive producer Louis Gossett Jr.). Part of what I don’t like about this film is its punitive bitterness; perhaps it’s understandable, but it’s a far cry from the therapeutic and conciliatory aspects of South Africa’s Truth and Reconciliation Commission. (JR)… Read more »

The main question raised by this profoundly dreadful comedy-drama from Australiaa sentimental and obvious story about a production of Mozart’s opera Cosi fan tutte presented in a mental asylumis why Miramax wanted to produce as well as distribute it in the first place. Apart from fulfilling their overall agenda of keeping art out of arthousesa mission equally served by their acquiring and then shelving major works like the color version of Jacques Tati’s Jour de fete three years agoit’s hard to see what possible cultural or commercial function this formulaic piece of claptrap could have. Louis Nowra adapted his own play and Mark Joffe directed; with Ben Mendelson, Barry Collins, Toni Colette, and Rachel Griffiths. (JR)… Read more »

Not to be confused with films of the same title by Nagisa Oshima and Laurence Harvey, this expertly contrived and ultimately shocking 1995 psychological thriller is still probably the best feature by New Wave filmmaker Claude Chabrol since Just Before Nightfall (1971). It’s a mysterious, haunting tale about a sullen if dutiful maid (Sandrine Bonnaire), a postal worker who becomes her best friend (Isabelle Huppert), and a likable bourgeois family that the two women are fated to despise. Adapted from Ruth Rendell’s novel A Judgment in Stone and coscripted by psychoanalyst Caroline Eliacheff, this film unfolds with the rigor of a dream. With Jacqueline Bisset, Jean-Pierre Cassel, Virginie Ledoyen, and Valentin Merlet. In French with subtitles. 112 min. (JR)… Read more »

The Beautician And The Beast

Through a misunderstanding, a New York beautician (Fran Drescher) gets hired by the dictator (Timothy Dalton) of a mythical eastern European country to tutor his four childrenand guess what? She winds up teaching him the joys of love and democracy. As silly and as obvious as it sounds (and is), Ken Kwapis’s rendition of a Todd Graff script reeking of The King and I and The Sound of Music manages to be sweet and likable, largely because Kwapis directs the actors well and treats the sub-Lubitsch material as if he actually believed in it. With Ian McNeice, Lisa Jakub, and Michael Lerner. PG, 105 min. (JR)… Read more »

The Childhood Of Maxim Gorky

I haven’t seen it in at least 30 years, but if fond memories are anything to go by, this first feature (1938) in Mark Donskoi’s once-celebrated Gorky trilogy is richly textured in its depiction of rustic family life and remains a juicy humanist classiceven if it comes from one of the worst periods of socialist realism. (JR)… Read more »

Also known as Pasolini: An Italian Crime, Marco Tullio Giordana’s absorbing 1995 Italian docudrama-cum-documentary relies heavily on the techniques of JFK to explore the possibility of a right-wing conspiracy behind the violent death of poet, filmmaker, novelist, and essayist Pier Paolo Pasolini in 1975. The evidence revealed, though far from conclusive, is certainly compelling, and it led to the case being reopened. With Carlo De Filippi, Nicoletta Braschi, and Tony Bertolli. (JR)… Read more »