This was written in the summer of 2000 for a coffee-table book edited by Geoff Andrew that was published the following year, Film: The Critics’ Choice (New York: Billboard Books).  I’m delighted that this feature and many others by Chytilová (including, most recently, her long-neglected Something Different) are now available in excellent DVD editions from Second Run in the U.K. — J.R. 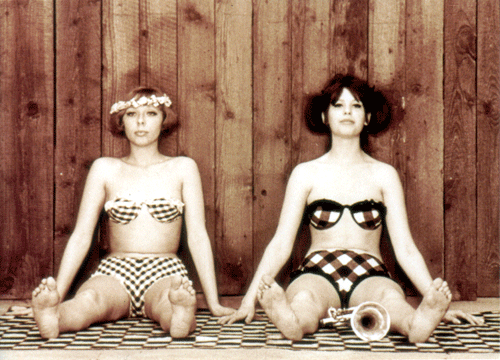 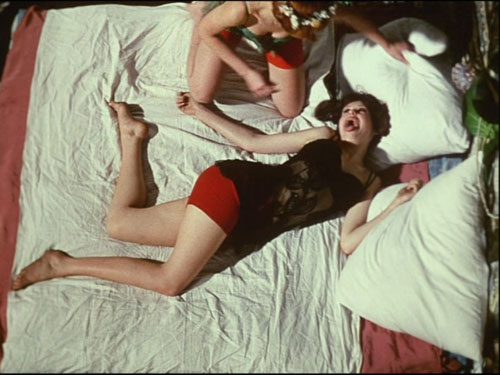 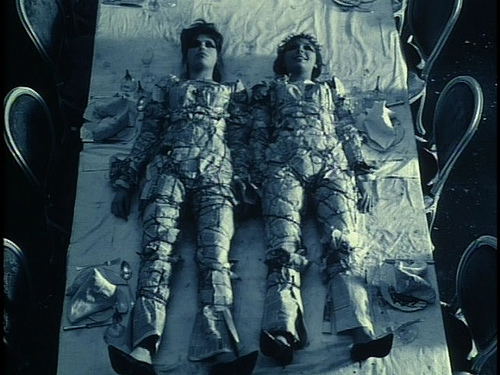 My favorite Czech film, one of the most exhilarating stylistic and psychedelic explosions of the 1960s, is Vera Chytilová’s  highly aggressive feminist farce Daisies, which erupts in all directions. At any given moment, shots can switch from luscious color to black-and-white to sepia to a rainbow succession of color filters, shatter into shards like broken glass, rattle through rapid-fire montages like machine-gun volleys, and leap freely between time frames and locations. While many American and Western European filmmakers during this period prided themselves on their subversiveness, it is quite possible that the most radical film of the decade, ideologically as well as formally, came from the East — from the liberating ferment building towards the short-lived political reforms of 1968′s Prague Spring.

Featuring two giggling, nihilistic 17-year-olds, both named Marie — a brunette (Ivana Karbanova) and a redhead (Jitká Cerhova) — Daisies does not have a narrative or even characters in the ordinary sense: Just a good deal of provocation that typically garners more laughter from the women in the audience than the men. (As a gender statement, it is many years in advance of the French New Wave, and only Celine and Julie Go Boating would learn from its example.) Chytilová, working collaboratively with cinematographer Jaroslav Kučera (her husband) and cowriter and art director Ester Krumbachová, underlines her feminist impulse by having her heroines indulge in several antiphallic gags, such as slicing up pickled cucumbers and bananas. (Food and/or drink appear in almost every scene.) 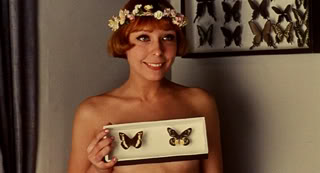 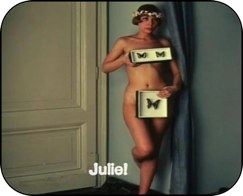 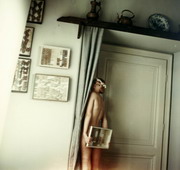 The film mainly intercuts between segments showing the girls in bikinis near a swimming pool, in their bedroom, in restaurants (usually wolfing down food with dirty old men in exchange for promised sexual favors that are never delivered — with the men in each case summarily and hurriedly sent home on trains), and in the country. The escalating sense of outrage culminates in a protracted free-for-all of the girls set loose in an enormous banquet hall containing the fanciest food imaginable. Constructed musically, the sequence develops from tentative samplings of dishes to sinking hands into salads and sauces to wielding chickens, guzzling whisky, pigging out on pastries, and then slinging them at one another like Laurel and Hardy — the girls finally dancing on the table, smashing plates and glasses, and swinging gaily from a chandelier. (Some of this is suggestively played out to the Austrian national anthem.)  Even more transgressive is a speculative epilogue with the girls dressed in costumes made of newspaper tied with string returning to the scene of the crime and pretending to clean up all the carnage. Scraping food off the floor and heaping it back onto trays, they partially reassemble plates like jigsaw puzzles. Then the film ends, over newsreel shots of aerial bombardment, with a stinging title to suggest its moral: “This film is dedicated to all those who are horrified only by the sight of stomped-on lettuce.” 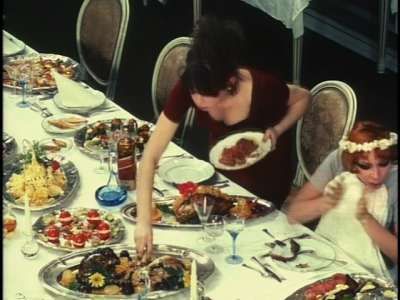 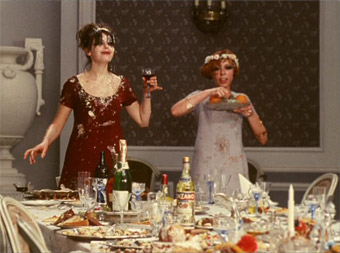 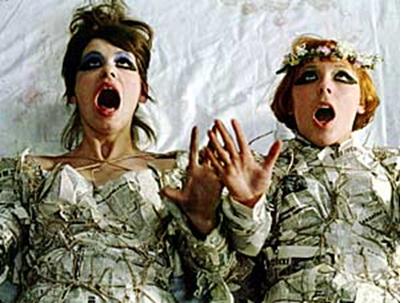