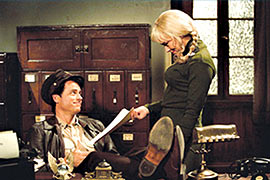 One reason Paul Schrader’s Calvinist obsessions have become tiresome — even when someone else is partially responsible for the writing, as is the case here — is that he seems more invested in their perpetuation and exploitation than in their exploration. Yet I have to concede that he’s become an unusually skillful and sensitive director of actors, and the inventive performances — Greg Kinnear as Bob Crane (the wholesome star of Hogan’s Heroes who became a sex addict) and Willem Dafoe as his seedy sidekick and fellow pornographer — keep this story interesting in spite of its puritanical framework. Watchable, but not very insightful (2002, 107 min.). Written by Michael Gerbosi; with Rita Wilson and Maria Bello. (JR) 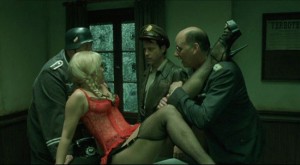