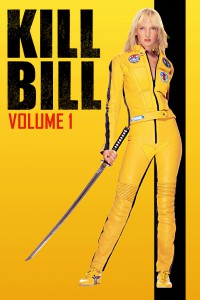 Quentin Tarantino’s lively and show-offy 2003 tribute to the Asian martial-arts flicks, bloody anime, and spaghetti westerns he soaked up as a teenager is even more gory and adolescent than its models, which explains both the fun and the unpleasantness of this globe-trotting romp. It’s split into two parts, and I assume the idea of volumes reflects the mind-set of a former video-store clerk who thinks in terms of shelf life. This is essentially 111 minutes of mayhem, with hyperbolic revenge plots and phallic Amazonian women behaving like nine-year-old boys; the dialogue, less spiky than usual, uses bitch as often as his earlier films used nigger, and most of the stereotypes are now Asian rather than black. If Jim Jarmusch’s Ghost Dog was a response of sorts to Tarantino, then Tarantino returns the compliment here with RZA’s music and the mixture of Japanese and Italian genre elements. With Uma Thurman, Lucy Liu, Sonny Chiba, Daryl Hannah, Julie Dreyfuss, and Chiaki Kuriyama. R. (JR) 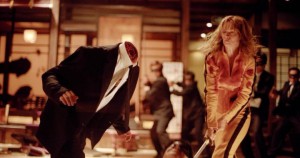 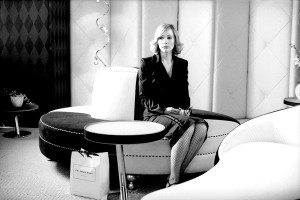 Among the films screened at the Toronto film festival last month that will turn up here eventually was Jim Jarmusch’s Coffee & Cigarettes, which taught me something about the complex ethics of celebrity — including the resentment fame can foster in noncelebrities and the defensiveness this resentment can provoke in turn. It also showed me how a cycle of comic black-and-white shorts can become a thematically and formally coherent feature. Other festival films were equally edifying, in their own ways. Ann Marie Fleming’s The Magical Life of Long Tack Sam — a playful, speculative documentary about Fleming’s once-famous great-grandfather, a Chinese stage magician who toured around the world — tells the story of his life by telling the history of the 20th century. 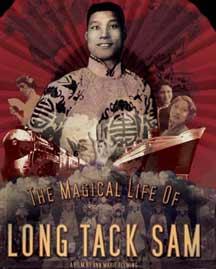 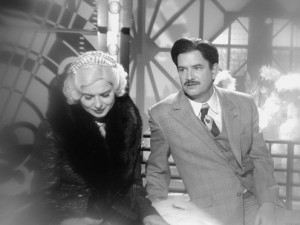 In The Saddest Music in the World Guy Maddin applies his hallucinatory, pretalkie visual style to a characteristically deranged script, which has hilarious things to say about how the colonialist chutzpah of big business in the U.S. looks to a cowering Canadian artist. Errol Morris’s documentary about Robert McNamara, The Fog of War, suggests, among other things, that in terms of power relations Morris is ultimately as subservient to McNamara as McNamara once was to Lyndon Johnson.… Read more »

Having taken his formalist bent to extremes in The Circle (2000), Jafar Panahi switches to lumpy neorealism with minimal loss of force. The script by Abbas Kiarostami (who also wrote Panahi’s 2000 The White Balloon) was inspired by a news story about a pizza deliveryman in Tehran who shot a jeweler and then himself in the course of a robbery attempt. Panahi cast a real pizza deliveryman, Hussein Emadeddin, as the robber, only to discover that his overweight, middle-aged lead was a paranoid schizophrenic, which may account in part for his deadpan, oddly commanding presence. The film’s candid treatment of the class resentments brewing in contemporary Tehran have made the film unshowable in Iran, where the government has branded Panahi an American agenta painful irony given that he couldn’t even enter this country if he wanted to without an inordinate amount of red tape and humiliation. In Farsi with subtitles. 97 min. (JR)… Read more »

Clouds of May, the second feature of Turkish filmmaker Nuri Bilge Ceylan, struck some viewers as belonging to the school of Kiarostami, a mistake they wouldn’t make with his masterful third feature. An industrial photographer in Istanbul (Muzaffer Ozdemir) who hasn’t recovered from his busted marriage finds himself the reluctant host of a country cousin (Mehmet Emin Toprak) looking for work. Ceylan uses this slim premise to build a psychologically nuanced relationship between the men, as an uncomfortable domestic arrangement leads to irrational spats. The narrative, capped by a brief bad dream and the capture of a mouse, isn’t always legible, but it feeds into a monumental, luminous visual style like no other. The nonprofessional leads won top honors at Cannes; shortly afterward Toprak died in an auto accident. In Turkish with subtitles. 110 min. (JR)… Read more »

Clint Eastwood’s grimly deterministic view of human nature is never more apparent than in his masterful tragedies: Bird, White Hunter, Black Heart, Unforgiven, and this dark police procedural, adapted by Brian Helgeland from a novel by Dennis Lehane. Three childhood chums in working-class Boston grow up to become a family man who has never fully recovered from childhood sexual abuse (Tim Robbins), an ex-con and convenience-store owner whose 19-year-old daughter has been brutally murdered (Sean Penn), and a police detective (Kevin Bacon) investigating that crime with his partner (Laurence Fishburne). The performances, especially of Penn and Robbins, are so powerful and detailed (down to the Boston accents) that they often persuade one to overlook the narrative contrivances (particularly the incessant crosscutting), the arty trimmings (including Eastwood’s own score), and the dubious social philosophy. With Marcia Gay Harden and Laura Linney. R, 140 min. (JR)… Read more »

Howard Zinn: You Can’t Be Neutral On A Moving Train

Zinn, the straight-talking Jewish leftist from working-class Brooklyn who wrote A People’s History of the United States, participated in the first use of napalm while helping to bomb a French village near the end of World War II, an experience that partly motivated his protests against the Vietnam war, and in the mid-50s he became an inspirational figure in the civil rights movement while chairing the history department at a black college in Atlanta. This video profile by Deb Ellis and Denis Mueller allows his significance to register and his charisma to shine despite a pedestrian approach that’s especially awkward in its use of archival footage. 68 min. (JR)… Read more »

I missed The Last Party, a 1993 documentary by Donovan Leitch and others that charts the progress of Robert Downey Jr. from apathy to active interest as he interviews other celebrities about the 1992 presidential election. This sequel by Leitch and Rebecca Chaiklin sets out to do something similar with Philip Seymour Hoffman and the 2000 election: seeking to become politically engaged, Hoffman travels across the U.S. collecting sound bites from Noam Chomsky, Newt Gingrich, Jesse Jackson, Bill Maher, Michael Moore, Willie Nelson, Rosie O’Donnell, Susan Sarandon, and many lesser-known activists; he also stands thoughtfully in front of the Jefferson Memorial for 15 seconds, accompanied by a snippet of a gospel tune. I realize this insulting film is supposed to coax young people into serious political involvement, but if they aren’t already involved, why would they want to see this in the first place? All the participants, including the audience, deserve much betterfor starters, time enough to connect three sentences. 90 min. (JR)… Read more »