French film critic Luc Moullet made his feature directing debut with this 1966 black-and-white comedy, and like his other big commercial success, The Comedy of Work (showing next week), it’s sweet and tender and focuses on conditions and bureaucracies peculiar to his native land. Two teenage girls with the same name, clothes, and bags meet by chance, become roommates in Paris, and try to survive their first year at the Sorbonne; despite their superficial similarities, one is right-wing and the other communist. The small-scale gags and episodic narrative easily accomodate guest-star appearances by Claude Chabrol, Michel Delahaye, Samuel Fuller, Eric Rohmer, Andre Techine, and Moullet, as well as the director’s own parents. In French with subtitles. 75 min. (JR)… Read more »

Adapted from Shawn Wong’s 1995 novel American Knees, this intriguing, well-acted feature by writer-director Eric Byler (Charlotte Sometimes) has the merit of not fully explaining its multilayered characters and asking viewers to take the initiative in figuring them out. A middle-aged Chinese-American professor (Chris Tashima) in southern California, still adjusting to his recent separation from a much younger woman (Allison Sie), gets involved with another teacher (Joan Chen), a traumatized Vietnamese refugee, and no one behaves according to expectations. 107 min. (JR)… Read more »

The 1991 original was silly and campy, but director Paul Verhoeven and screenwriter Joe Eszterhas had a stylishly hokey way of recycling Hitchcock tropes and an appreciation for Sharon Stone as superwoman/dominatrix that made her a star. She’s still magnificent as novelist Catherine Tramell, who has moved to London and finds herself a shrink (David Morrissey) to play Emil Jannings to her Dietrich. But like many sequels this is actually a remake, and it suffers from the law of diminishing returns. Screenwriters Leora Barish and Henry Bean are hip enough to reference cultural theorists Jacques Lacan and Slavoj Zizek, though director Michael Caton-Jones, no stranger to kinkiness in Scandal, seems bemused by the more formulaic elements. With David Thewlis and Charlotte Rampling. R, 114 min. (JR)… Read more »

A meteor lands in the sticks, and a slimy tentacled creature enters a local’s body (Michael Rooker), turning him into a squishy monster with a hunger for meat that drives him to devour most of the people and animals around him. Gross-out horror comedy is my least favorite genre, but this movie’s so skillful I have to take my hat off to it. Writer-director James Gunn, who worked on the script of the 2004 remake of Dawn of the Dead, relies too much on George A. Romero’s imagery without trying for any of his or Joe Dante’s satire. But he’s so adept at laughs, thrills, and repulsive effects that even the product placements are inspired, and he gets the most out of Nathan Fillion, Elizabeth Banks, and Gregg Henry. R, 95 min. (JR)… Read more »

John Barrymore plays a Jewish lawyer with an unfaithful wife and a faithful mistress in Elmer Rice’s 1933 adaptation of his own play. It’s one of Barrymore’s best performances, and William Wyler’s direction of this brisk comedy-drama is exemplary. With Bebe Daniels, Doris Kenyon, and Melvyn Douglas. 82 min. (JR)… Read more »

Goth transvestite Adam (Craig Chester) and disco dancer Steve (Malcolm Gets) share a disastrous one-night stand back in the 80s when the latter snorts too much coke laced with baby laxative; years later they meet again without recognizing one another and become a couple, but their former identities threaten to sabotage the match. Chester, making his feature debut as writer-director, does some effective mugging, and there are enjoyable performances from Parker Posey as Adam’s acerbic pal and Chris Kattan as her boyfriend. But despite the high spirits, most of the comedy is feeble and forced; Steve’s career as a therapist seems especially far-fetched. With Sally Kirkland. R, 95 min. (JR)… Read more » 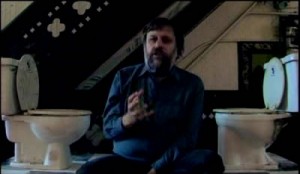 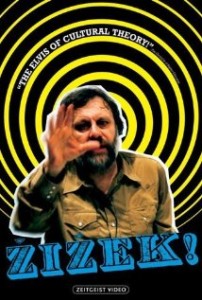 Anatomy of a Relationship

Luc Moullet remains an unsung hero among the Cahiers du Cinema critics who turned to filmmaking, and this 1975 feature, part of a monthlong retrospective of his work at the Gene Siskel Film Center, provides a succinct introduction to his special brand of low-budget cinema. A restaging of his abortive sexual relationship with Antonietta Pizzorno (who cowrote and codirected but, unlike Moullet, appears only in the finale), it’s painfully, hilariously, and graphically honest, and its willful rejection of technique is an implicit critique of slickness. Moullet was the only rural, proletarian, and anarchist member of the New Wave, and at Cahiers he became poet laureate of the American B movie, introducing French readers to Sam Fuller, Gerd Oswald, Douglas Sirk, and Edgar G. Ulmer. He maintains a healthy contempt for all the pretensions that money and prestige can buy and burrows into his subjects like an unruly gopher. His movies are sweet, funny, distressing, and strangely noble–a powerful antidote to the self-important romantic psychodramas of Ingmar Bergman and Woody Allen. In French with subtitles. 82 min. For more on Moullet see this week’s Section 1 review. Sat 4/1, 4:45 PM, and Wed 4/5, 6:15 PM, Gene Siskel Film Center.… Read more »