This sequel to Pirates of the Caribbean: The Curse of the Black Pearl reunites the first movie’s director (Gore Verbinski) and screenwriters (Ted Elliott and Terry Rossio) and much of its cast (Johnny Depp, Orlando Bloom, Keira Knightley, Jonathan Pryce), and they’re desperate to knock our socks off. I was worn down by the excess: Depp’s fruity impersonation of Keith Richards (or William F. Buckley) as pirate Jack Sparrow; too many bottomless chasms on an island with too many jungle savages (after the fashion of Peter Jackson’s King Kong); Bill Nighy playing too squishy a villain with a beard of too many crawling octopus tentacles; too much violence, pop nihilism, and sick humor. But the Disney logo at the beginning is neat. PG-13, 140 min. (JR)… Read more »

A sort of spin-off of Reefer Madness, put out by the same stock-footage-happy exploitation producer and sometime director Dwain Esper a couple of years later, in 1938. A burlesque queen (Vivian McGill) contracts syphilis, gets pregnant, and infects her husband; also known as Human Wreckage and They Must Be Told, this runs only 57 minutes. (JR)… Read more » 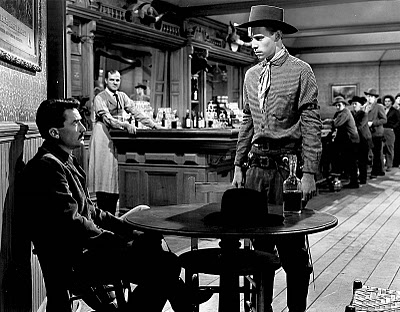 A likable sprawl, this 2004 French feature by Cedric Klapisch brings back five of the young characters who hung aroung Barcelona in his L’Auberge Espagnole (played by Romain Duris, Audrey Tautou, Cecile de France, Kelly Reilly, and Kevin Bishop). Now pushing 30, Xavier, the hero, is a successful hack screenwriter and bored lady-killer who drifts between Paris, London, and Saint Petersburg in a fog, and Duris manages to make him sympathetic despite his overall cluelessness about what it means to grow older without attachments. Klapisch self-consciously throws fistfuls of quirky film style at us, as if he were Francois Truffaut, but his characters are still interesting and his party sequences are especially good. In English and subtitled French, Russian, Spanish, and Italian. 129 min. Music Box.… Read more »

The brilliant but neglected satirist Frank Tashlin once defined his subject matter as “the nonsense of what we call civilization,” and these three features, which open a rare, monthlong retrospective at the Gene Siskel Film Center, encapsulate two sides of his genius. Realism dominates in The First Time (1952, 89 min.), a black-and-white comedy about new parents (Robert Cummings and Barbara Hale); Tashlin evokes Tristram Shandy by having the baby narrate, but the details about parenthood and its economic squeezes are painfully authentic. (One of the writers, Hugo Butler, also worked with Luis Bunuel and Jean Renoir.) Tashlin got his start as an animator for Disney and Warners before turning to live action, and his sense of the fantastic is evident in Son of Paleface and Hollywood or Bust, both in color. Bob Hope’s wildest comedy, Son of Paleface (1952, 96 min.) takes place in a cartoonlike universe swarming with detail–the movie equivalent of Mad comics, which first hit newsstands that same year. In Hollywood or Bust (1956, 95 min.) movie-mad Jerry Lewis wins a convertible in a lottery, and he and Dean Martin drive cross-country to Los Angeles, hoping to meet Anita Ekberg (the bust of the title). As Jean-Luc Godard once wrote, “Tashlin indulges a riot of poetic fancies where charm and comic invention alternate in a constant felicity of expression.” Sat 7/1, 5:15 PM, and Tue 7/4, 3:15 PM (The First Time); Sat 7/1, 3:15 PM, and Wed 7/5, 6 PM (Son of Paleface); and Sun 7/2, 3 PM, and Thu 7/6, 6 PM (Hollywood or Bust); Gene Siskel Film Center.… Read more »