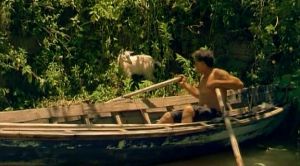 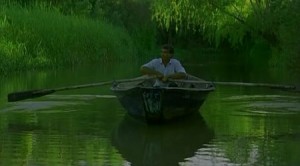 A taciturn ex-convict (nonprofessional actor Argentino Vargas) leaves prison after a 20-year sentence and crosses a tropical forest by boat and on foot to find his daughter. This 2004 feature is the second by Lisandro Alonso (La Libertad), a singular and essential figure of the Argentinean new wave; he’s not quite the minimalist some claim, but he can make the simple act of filming feel so monumental that storytelling seems secondary. The hero’s crime, though indicated in the film’s title and opening shot, is acknowledged only fitfully in the spare dialogue, and his killing and gutting of a goat is shown with the same matter-of-factness as his visit to a prostitute. Vargas and the wilderness are such great camera subjects that a sense of quiet revelation is nearly constant. In Spanish with subtitles. 82 min. 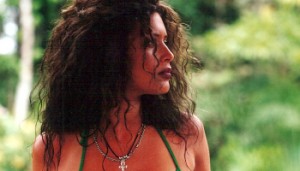