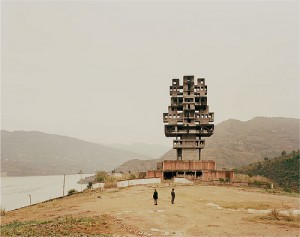 Film Rotterdam #2: Another venue, another timetable 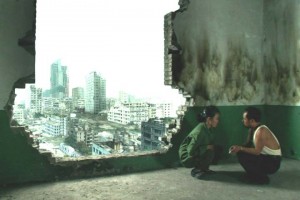 It’s hard at many festivals apart from the biggest ones to determine whether a film is really “new” or not: “new” in relation to where? I was fortunate enough to attend the world premiere of Jia Zhangke’s Still Life in Venice last year and then resee it in Toronto a week or so later. It’s playing in Rotterdam now, and perhaps it will reach Chicago a year from now, or maybe a little sooner. In the busy cafe-bar of the Lantaren/Venster, the oldest of the festival’s three multiscreen multiplexes (where virtually the entire festival was taking place the first year I attended, 1984), between two programs, I buy a Chinese DVD of this film, priced around $10 in Euros from a clerk who assures me that this version has English subtitles, even though they aren’t mentioned on the box — something I may not be able to confirm until I’m back in Chicago next month. But then, just before a Chinese indy film called Weed starts a few minutes later, I find I’m sitting a row away from Chinese film expert and sometime Reader reviewer Shelly Kraicer, who assures me that (1) this version is subtitled, and (2) it can be bought on the streets of Beijing for about $1.10 — or 80 cents if it’s from a pirated source. So is this a new movie or an old one? I’m reminded of when Chantal Akerman’s Jeanne Dielman, 23 quai du Commerce, 1080 Bruxelles finally premiered in trendy New York in the 1980s, seven years after it premiered in Europe, and some reviewers were calling it “the new Chantal Akerman film.”  [1/29/07] 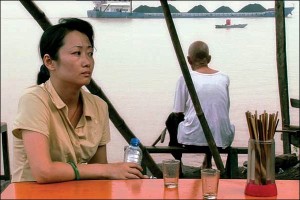