Here are three of the 40-odd short pieces I wrote for Chris Fujiwara’s excellent, 800-page volume Defining Moments in Movies (London: Cassell, 2007), each of which describes an extraordinary scene from an Alain Resnais film involving camera movement. (There’s also a pretty amazing crane shot in Wild Grass, by the way.) — J.R.

1961 / Last Year at Marienbad - The camera rushes repeatedly through the doors of Delphine Seyrig’s bedroom and into her arms. 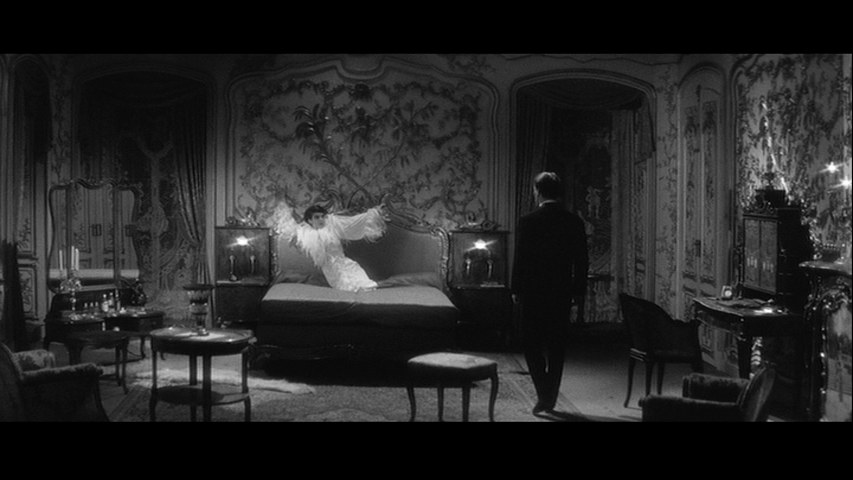 Alain Resnais’ most radical departure from Alain Robbe-Grillet’s published screenplay for Last Year at Marienbad is his elimination of what Robbe-Grillet calls a “rather swift and brutal rape scene”. In this ravishing puzzle film about an unnamed man (Giorgio Albertazzi) in a swank, old-style hotel trying to persuade another guest (Delphine Seyrig), also unnamed, that they met and had sex there the previous year, illustrated throughout by subjective imaginings that might be either his or hers, Resnais includes only the beginning of such a scene when the man enters the woman’s bedroom and she moves back in fear.… Read more »