I’m really sorry that in the Gene Siskel Film Center’s forthcoming and very welcome Manoel de Oliveira retrospective, three of my five favorite films of his are missing. I can be pretty specific about this because I recently ranked all the Oliveira films I’ve seen in order of preference for a lengthy article I wrote about him for FILM COMMENT, which is about to come out. The first five of my favorites, in descending order, are DOOMED LOVE (1978), BENILDE OR THE VIRGIN-MOTHER (1975), INQUIETUDE (1998), PORTO OF MY CHILDHOOD (2001), and MON CAS (1986). The last of these (see first photo below) has never been shown in Chicago and I’ve never even been able to see it in an English subtitled version (assuming that one exists). BENILDE (see second two photos, below–both screengrabs from a mediocre video transfer, so I’m sorry they don’t look better) is a film I was able to bring to Chicago several years ago, when I selected it as a Critic’s Choice at the Chicago International Film Festival (which, if memory serves, has also shown INQUIETUDE and PORTO OF MY CHILDHOOD); it still remains, to my mind, the most underrated and underseen of all of Oliveira’s major works. And PORTO OF MY CHILDHOOD, the other film on my list that’s not coming here, is the film of his I’d cite as the most accessible and entertaining.

This leaves DOOMED LOVE and INQUIETUDE, both of which are showing in late July , and you haven’t ever seen these great films, you can’t really afford to miss them. Each one is being shown twice. In the case of DOOMED LOVE, I very strongly recommend that you see the two parts in the same evening. For its second screening, the Siskel Center is showing Part 1 on a Tuesday night and Part 2 the following night, and I can’t imagine it could work nearly as well that way.

Intermissions with long films are a serious business. (Sometimes they’re key structural devices even when they’re minimal. I’ll never forget the first time I saw Jacques Rivette’s four-hour L’AMOUR FOU for the first time at a midnight screening in Paris, when the intermission halfway through lasted exactly 90 seconds.) I have a friend who recently tried to see the seven-hour SATANTANGO in Los Angeles, and found that a long dinner break between parts two and three was so disruptive that she couldn’t bring herself to come back for the end. The last time I saw DOOMED LOVE–at the Brooklyn Academy of Music, also recently–there was no intermission at all, which is pretty difficult for a 265-minute film, though it’s a tribute of the film’s greatness that it survived this difficulty. But even that discomfort was surely preferable to trying to see the film over two separate nights. So, now that SATANTANGO is about to come out in a beautiful three-disc version (to be released by Facets Video), you shouldn’t try to space out your home viewing to more than a single day and evening; if you do, a good part of the spell is bound to be broken. [6/25/08] 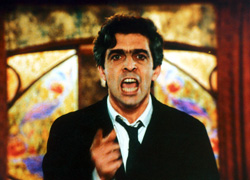 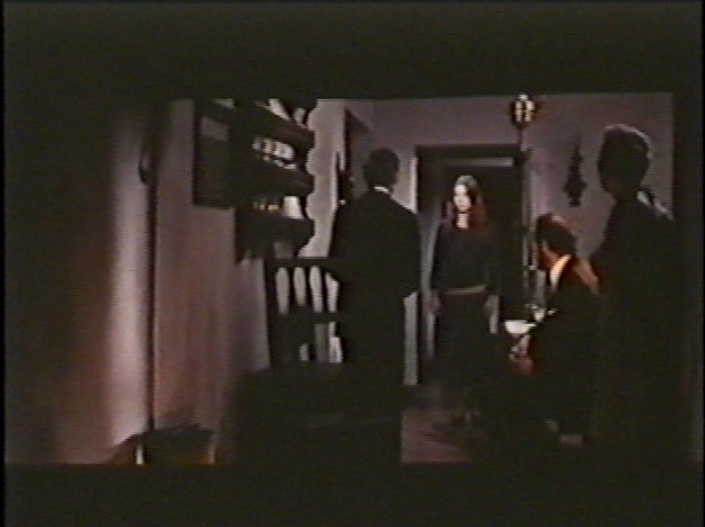 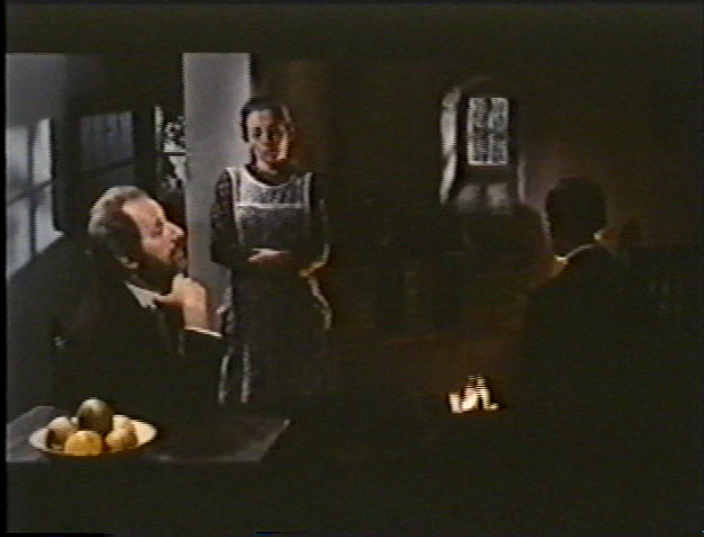