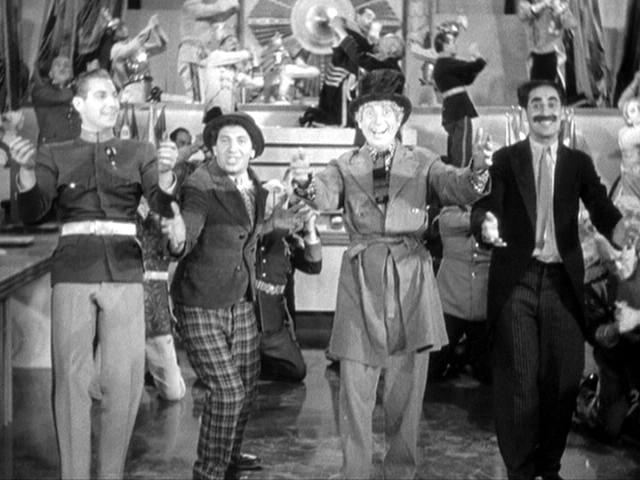 Many reasons could be cited why this is the best of all
the Marx Brothers features, even though it was a
commercial disappointment when it was first released
in 1933. The last of the Marx Brothers movies in
which Zeppo -– the straight man among the brothers
and the youngest (who replaced Gummo, the one
who fulfilled this role on stage) –- appeared, it is perhaps
the only one whose anarchistic pleasures aren’t
crippled or interrupted by romantic and musical
interludes. (The climactic musical number here,
“Freedonia’s Going to War,” is an integral part of the
action.) Leo McCarey was inarguably the best director
the brothers ever worked with, and the ridiculing
of both nationalism and patriotism is more pointed
than most of their other satires. This comedy
also has the most beautiful (and beautifully abstract)
sequence in any Marx brothers picture, staged in
front of a mirror, developing a gag concept from
Chaplin’s The Floorwalker (1916) and extending it
to hallucinatory proportions. It also includes the
second and possibly best appearance of Margaret
Dumont (Groucho’s ideal foil) in a Marx Brothers
picture, and also features Edgar Kennedy and Louis
Calhern in memorable parts. 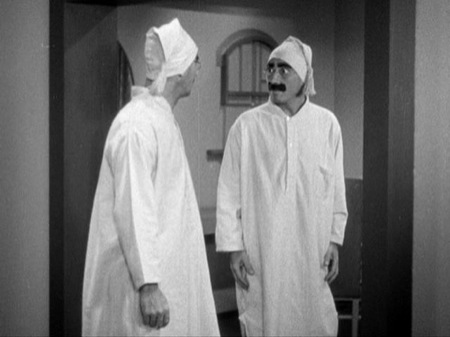 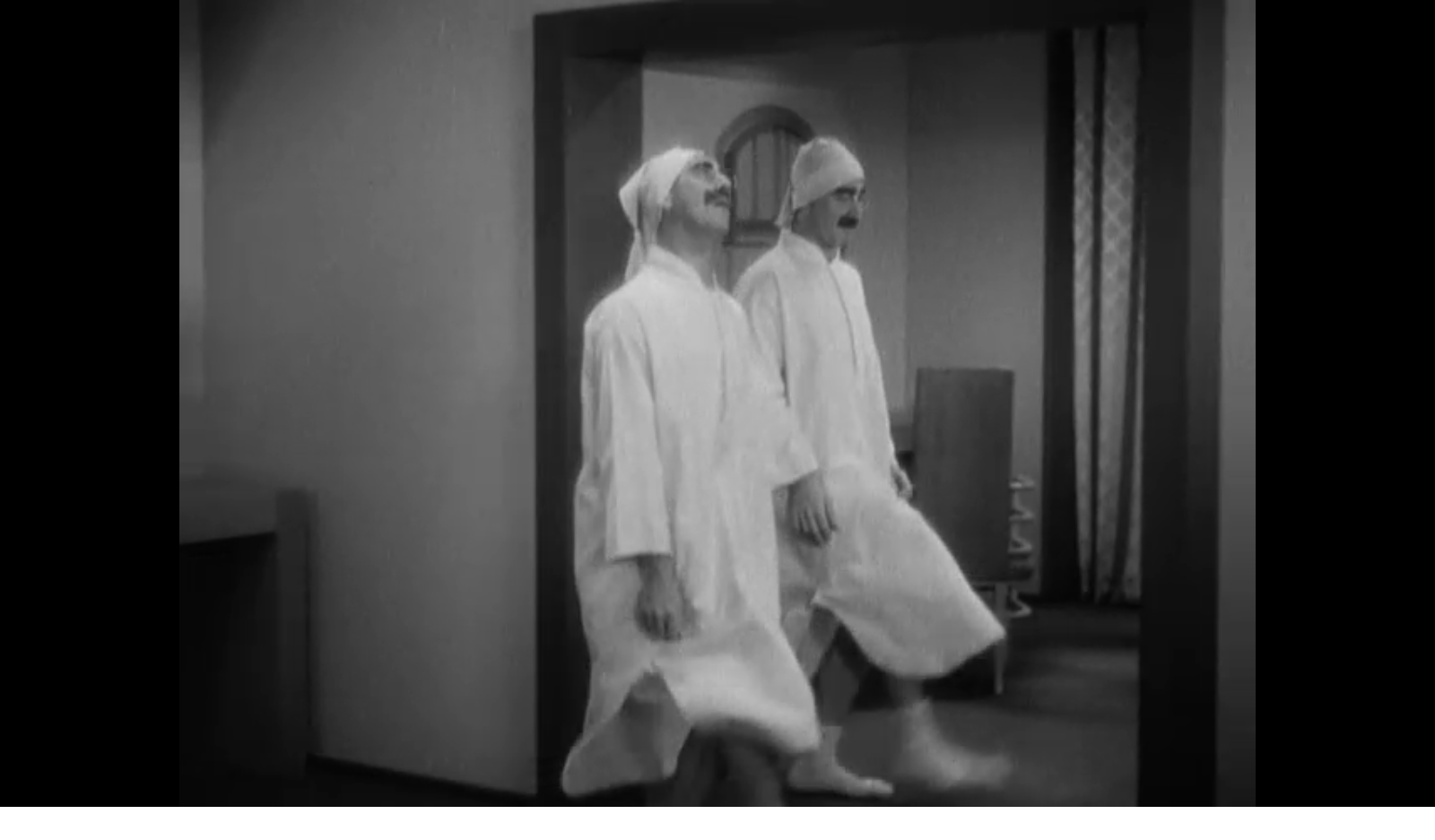 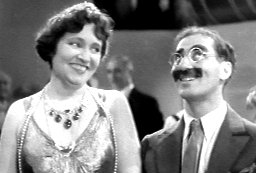 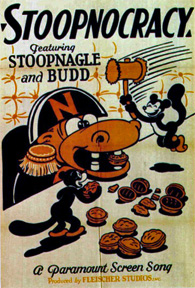 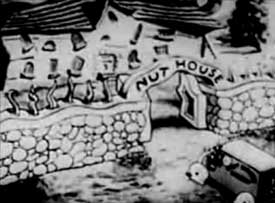 This loony Dave Fleischer sing-along (1933) begins
and ends as an animated cartoon, but a lengthy and
irrelevant live-action sequence is inserted in the
middle, like the filling in a sandwich. In fact, this
needs to be cross-referenced, period racism and all,
with Tex Avery’s Happy Go Nutty (1944) as another
self-referential and politically incorrect view of
insanity- – though arguably not even Avery could
have come up with the crazed conceit of eggs used
as deadly weapons against rifles. 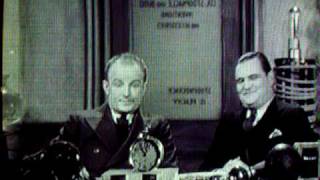