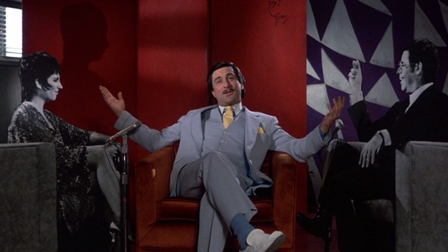 I was slow to appreciate this masterpiece, which I now regard as Martin Scorsese’s best feature, and I credit Wim Wenders for convincing me that there was far more going on in this movie than I was initially prepared to see. Perhaps the key to this creepy fable about the American obsession with celebrity and media comes in the climactic comic monologue of Rupert Pupkin (Robert De Niro), brimming with self-hatred and shame about his family and his nondescript suburban/ethnic background, which in a way all of the preceding film prepares us for. The script by Paul D. Zimmerman, a onetime film critic at Newsweek, manages to be both non-specific and spot-on about everything that separates the haves from the have-nots -– a subject Scorsese seems to know like the back of his hand, and one made all the more complex by the fact that it’s often hard to separate the privileged from the deprived in this film (a fact spelled out by another troubling climax, the confrontation between Jerry Lewis and Sandra Bernhard). Interestingly enough, this seems to qualify as a collective expression (such as, for instance, Gilda) rather than an auteurist testament. It was apparently De Niro’s fascination with the script and his character that brought the film into being more than Scorsese’s own engagement with the material, and Lewis’s contributions to his own part may be just as telling. With Diahnne Abbott (the real-life Mrs. De Niro) in what may be her best role. 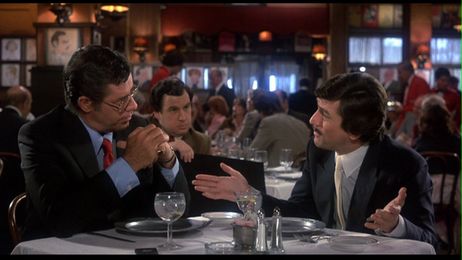