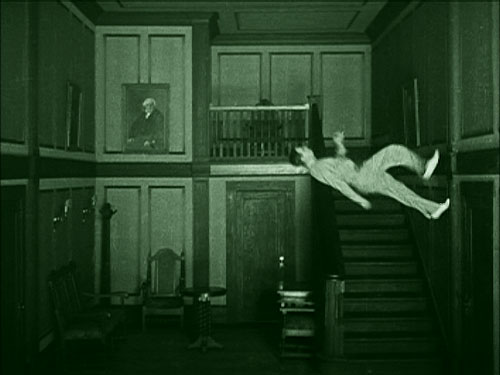 Like the projectionist’s dream in Keaton’s Sherlock, Jr., this is basically an occasion for the star’s athletic stunts and choreographic bursts of ardor and enthusiasm, as well as various playful breaches of the ordinary rules of space and time. Most of the latter occurs within an extended dream sequence that virtually opens the film -– set in motion by a sinister secret experiment being conducted by a mad scientist on the wealthy and brash hero, Daniel Boone Brown (Fairbanks) –- but the climactic rain storm and flood at the end, as the film shifts from New York to the countryside, seems almost equally dreamlike and arbitrary. 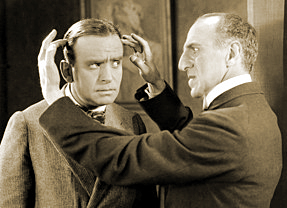