The first two stills below come from a couple of French films dating from 1907 and 1909, respectively, which were shown in the tenth and final program in “From the Deep,” a wonderful program at Oberhausen International Short Film Festival that’s briefly described here. The first, Le Cochon danseur (“The Dancing Pig”) is, according to Luis Buñuel, the first film he ever saw, when he was about eight years old; the second, a wild and hilarious farce largely staged on the streets of Paris, is Un Monsieur qui a mangé du taureau (“A Man Who Ate Bull Meat”).  Such is the scarcity of all these films that practically none of the stills shown here, with the possible exception of the first, can do them any sort of justice. [5/23: This article has appeared in the Turkish film monthly Altyazi, and my thanks to Gözde Onaran, my fellow juror at Oberhausen, who translated it into Turkish, for furnishing me with the still below from Médor au téléphone.] — J.R. 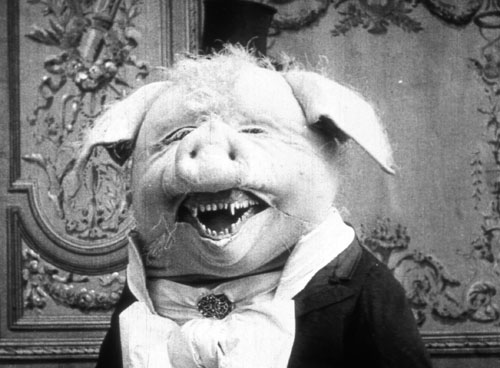 The time is circa noon on May 2, outside the Lichtberg Cinema at the Oberhausen Short Film Festival. Olaf Möller, one of the programmers, and an old friend — a critic who tends to favor the critically overlooked in relation to the critically overexposed, preferring Verhoven to Hitchcock, Kuleshov to Sternberg, and Saless to Kiarostami — is explaining to me why he also tends to prefer Raoul  Walsh to Howard Hawks For him, the terrain of Hawks is more limited, having more to do with the cinema itself than with the world.

Half an hour later, I’m watching the fifth program in a remarkable series curated this year by Eric de Kuyper and Mariann Lewinsky, “From the Deep: The Great Experiment 1898-1918”, an interesting and valuable intervention in the Oberhausen program that is attracting very large and enthusiastic audiences, many of them composed largely of viewers who have rarely if ever previously seen films from this period. This program, appropriately titled, “So Much To See, So Much to Hear: A Panorama,” is both an eye-opener and an ear-opener, in more ways than one — not simply because of the surprising number of color and sound films included (there are many of these in other programs in this series as well), but also because of the thematic and stylistic range of the material: “ethnographic” travelogues from Tangier as well as Brittany (both in 1908); portraits of Ceylonese and Indian woman in 1913; a 1908 spin-off of  the 1905 English classic Rescued by Rover (Dog Outwits the Kidnappers) that fully justifies the programmers’ claim that it’s superior to the original; very funny pieces of French slapstick from 1911 and 1907 about two rambunctious ladies at the theater and a master speaking to his dog over the telephone; a priceless 1908 recording of a performance by music hall star Little Tich (one of the major acknowledged sources of Jacques Tati’s pantomimes); and two delicious sound-on-disk samplings of German operetta from 1908 and 1911 — a far from exhaustive list of this single program. 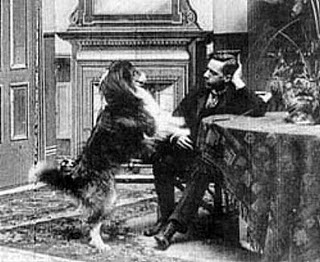 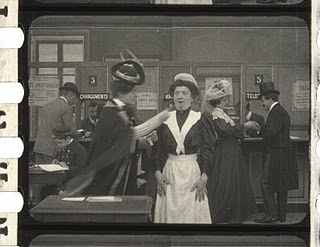 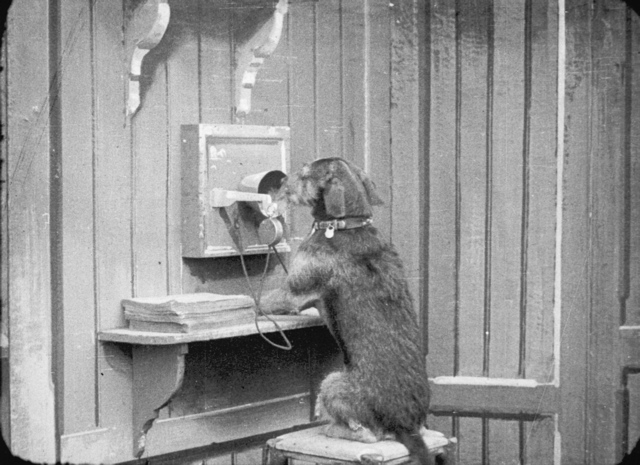 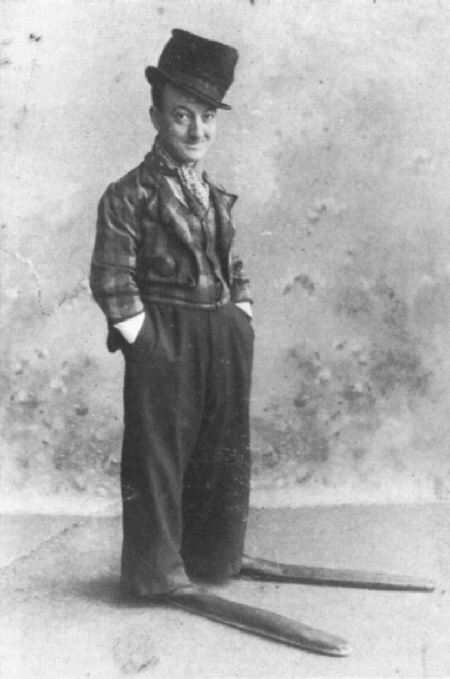 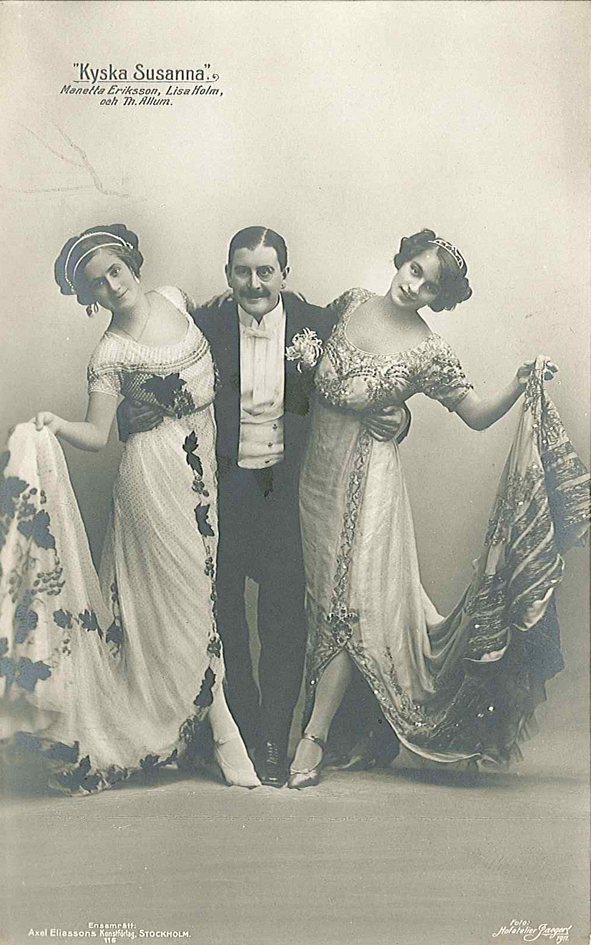 Although I risk oversimplifying this issue, part of the undeniable freshness of this program is a view of cinema that’s a Walshian view of the world rather than a Hawksian view of cinema. And this becomes unmistakable even when the plots are sheer fantasy: in Dog Outwits the Kidnapper,  in which the canine hero chases after the getaway car of a kidnapper abducting the young Barbara Hepworth, then jumps into the driver’s seat when the kidnapper steps away on some errand and drives the child back home, part of the glory of this absurd caper is the free arrangement of the narrative: after the child gets returned to her home and safety, she and the dog are seen once again back in the front seat of the car, providing a protracted and hilarious encore.

One of the key virtues of this series is the creativity and intelligence of the selections and groupings, two enduring hallmarks of Oberhausen programing. The absence of certain national cinemas (including, most noticeably, those of the U.S. and Russia) help to focus other common elements in the ten programs.  At one of these, de Kuyper reads aloud passages from Proust in order to place historically some French films that are contemporaneous, and in a delightful program devoted to “destruction,” the rebellion of cantankerous maids against their bourgeois employers in two separate films are juxtaposed with patches of films that have suffered extreme deterioration. The fact that most of these films and fragments are “shorts” that were made before the concept of shorts even existed only adds to the history lesson — a lesson about the world as much as it’s about cinema.