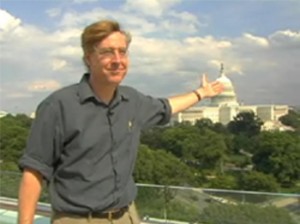 I’m immensely grateful to Thomas Frank in the February 2013 issue of Harper’s — an article you can’t access online unless you subscribe, so please, run out and buy this issue if you can (if you don’t already have it), and turn to “Team America” on pp. 6-9 — for clarifying how the celebration of corruption that has American media and the Academy in such a state of orgasmic euphoria can actually be traced back to Doris Kearns Goodwin’s Team of Rivals: The Political Genius of Abraham Lincoln, the 2005 best seller and prizewinner that Spielberg and Kushner credit as their main source. When I gave Lincoln one of its few negative reviews in the Forward last year, I only had a short time to write my review after seeing the film and before I flew to the Viennale, and despite the fact that I already had Goodwin’s doorstop/monolith within my clutches by then, there wasn’t enough time for me to dope out how much of what bothered me about the film was ascribable to her book. Frank’s column, even though it doesn’t mention the ideological similarity of Lincoln and Schindler’s List that I’ve written about elsewhere (both movies, as I see them, are ultimately defenses of entrepreneurial capitalism, corruptions and all, and not only defenses of corruption in politics), leaves little doubt that the popularity and prestige of Goodwin’s book aren’t simply matters of rewarding intellectual integrity and/or historical perspicacity.… Read more »