How to Read the Revolution [BLUSH]

From the Chicago Reader (October 4, 1996); also reprinted in my collection Essential Cinema. — J.R.

Written by Ni Zhen and Li 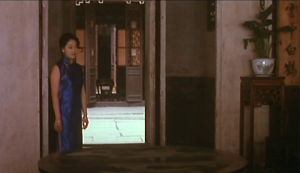 The use of multiple perspectives in Chinese painting was not for the purpose of making a hologram, nor was the use of parallel perspectives for the purpose of retaining the true dimensions of the objects represented. What was desired was rather a point of view which transcended that of the individual. The apparent horizon and vanishing point employed by Renaissance perspective made the image seem concrete, but demanded substantial identification with a particular viewer. Such images were perceived as both individual and momentary, seen by a particular person at a particular time. Chinese painting strove for a timeless, communal impression, which could be perceived by anyone, and yet was not a scene viewed by anyone in particular.

Chinese paintings did not portray reality; the world which the viewer entered was the realm of literature or philosophy, a realm which transcended nature. To enjoy a long tableau with small figures, one must shift one’s line of sight left and right, or up and down, a necessary condition for the appreciation of Chinese visual representation.… Read more » 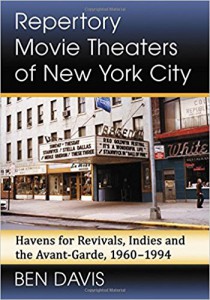 Labors of love can be executed well or badly, and one of the many pleasures of this new book from McFarland – quite apart from the fact that its author, Ben Davis, interviewed me at some length for it (full disclosure), and quotes me accurately — is that it’s done so well. This is above all a work of social history, and because the 34 years that it covers includes all of my own extended sojourns in Manhattan and environs (in particular, 1961-1963, 1966-1969, 1978-1983), I can vouch for its accuracy as well as its success in evoking a now-vanished film culture without ever succumbing to the distortions of nostalgia. (I was interviewed mainly about my adventures in programming at the Carnegie Hall Cinema and the Bleecker Street Cinema, thanks to the support and assistance of Jackie Raynal and Sid Geffen.) The fine selection of photographs also helps a lot — although, thanks to the vagaries of the Internet, only one of these (the first) is posted below. [5/25/17] 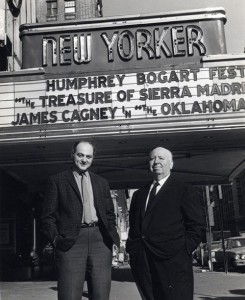 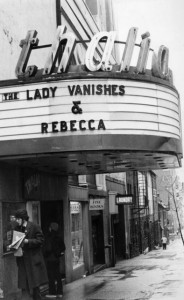 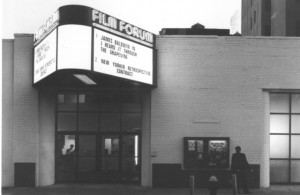 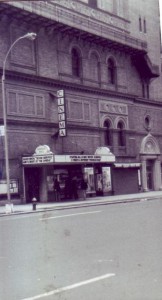 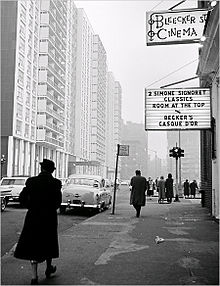 Structures and Strictures in Suburbia 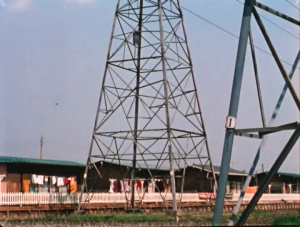 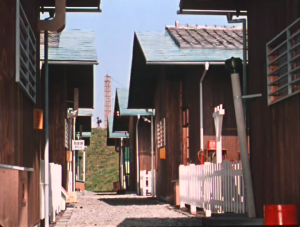 Structures and Strictures in Suburbia

From its very opening, Good Morning is deeply and delightfully musical, both in its orchestrations of static visual elements in the first two shots (the juxtaposition of adjacent houses with fences and clotheslines, and all these horizontals with the verticality of electrical towers) and in its varying rhythmic patterns of human movement, which are no less orchestrated, as various figures cross the pathways between houses, between houses and hill, and on top of the hill itself—always, mysteriously, moving from right to left. And what could be more musical than the opening gag, occurring on the same sunny hilltop, of little boys farting for their own amusement, still another form of theme and variations? 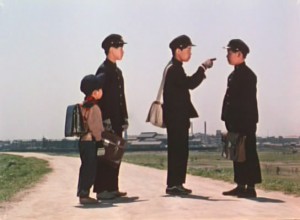 All of which prompts me to disagree respectfully with the late Ozu specialist Donald Richie when he maintained, “Good Morning, in some ways Ozu’s most schematic film, certainly one of his least complicated formally, is an example of a film constructed around motifs.” Certainly the motifs are there, and these are vital; the two examined by Richie as sterling examples are the farting and the greeting embodied in the film’s title, and numerous variations are run on both.… Read more »

OUT 1 AND ITS DOUBLE

Written for the Carlotta box set release of Out 1, and reprinted here with their permission. — J.R.

Out 1 and Its Double

[Ornette Coleman's Free Jazz] causes earache the first time through, especially for those new to Coleman’s music. The second time, its cacophony lessens and its complex balances and counter-balances begin to take effect. The third time, layer upon layer of pleasing configurations — rhythmic, melodic, contrapuntal, tonal — becomes visible. The fourth or fifth listening, one swims readily along, about ten feet down, breathing the music like air.

– Whitney Balliett, “Abstract,” in Dinosaurs in the Morning

If there is something comforting — religious, if you want — about paranoia, there is still also anti-paranoia, where nothing is connected to anything, a condition not many of us can bear for long.

In the spring of 1970, Jacques Rivette shot about thirty hours of improvisation with over three dozen actors in 16mm. Out of this massive and extremely open-ended material emerged two films, both of which contrive to subvert the traditional moviegoing experience at its roots. Out 1, lasting twelve hours and forty minutes, structured as an eight-part serial, originally subtitled Noli me tangere, that was designed for but refused by French television, was screened publicly only once (at Le Havre, 9-10 September 1971), still in workprint form.… Read more »

James L. Brooks: High-Stakes Gambling, The Ethics of Over-Privilege, and the Comedy of Dysfunction

Written for a collection edited by Adam Cook, Making the Case: Contemporary Genre Cinema, whose publisher belatedly changed his mind about publishing. This is the article’s first appearance, although it’s also reprinted in my latest book, Cinematic Encounters 2: Portraits and Polemics. — J. R. 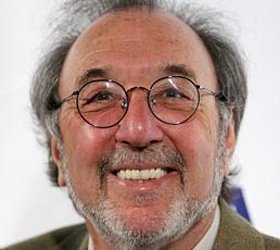 Out of his half-dozen comedy features to date as producer-writer-director — Terms of Endearment (1983), Broadcast News (1987), I’ll Do Anything (1994), As Good as It Gets (1997), Spanglish (2004), and How Do You Know (2010) — James L. Brooks has had three big commercial successes (the first two and the fourth) and three absolute flops (the third, fifth, and sixth). And because all six of these movies are concerned equally with personal failure and personal success, functionality (emotional and professional) as well as dysfunctionality (emotional and professional), it somehow seems fitting that each one has represented a highly ambitious as well as a highly risky undertaking.

The above paragraph has the disadvantage of making Brooks seem so unexceptional as a commercial filmmaker that one might wonder, on the basis of this description,  whether he’s worth examining at all. Some might also question whether all six of his movies qualify as comedies, despite Brooks’ own insistence that they do.… Read more »