Seeing Right Through Us [HOLLOW MAN] 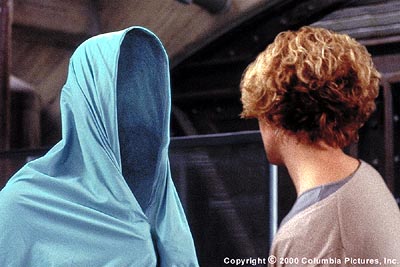 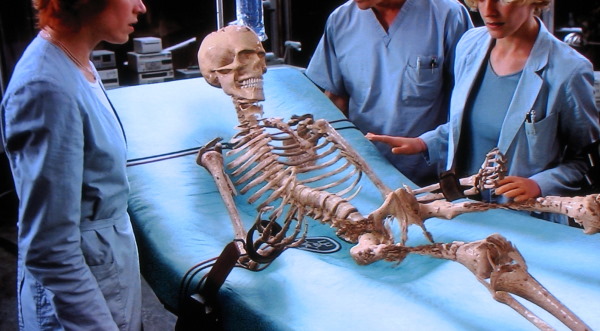 Apart from Space Cowboys, Clint Eastwood’s enjoyably auteurist swan song, Paul Verhoeven’s latest feature, Hollow Man, was the only summer Hollywood release I’d been looking forward to. For one thing, I’d hoped it would give me an opportunity to reassess his previous works, most of which I now think I underestimated when they were released.

I was pretty hospitable to Total Recall (1990), but I awarded a black dot to Basic Instinct (1992), mainly because I was incensed about the calculations of Joe Eszterhas’s $3 million script (I’m leaving aside Verhoeven’s Dutch movies because the only one I’ve seen is The 4th Man). I declined to review Showgirls (1995) at length, noting somewhat puritanically toward the end of my capsule: “I suppose the overall theory is that male spectators will tolerate any amount of stupidity and unpleasantness for the sake of acres of tits and ass, but you’ve got to hand it to the filmmakers for putting such a theory to the ultimate test: if anyone emerges from this with a smile on his face he must hate women as much as this movie does.”… Read more »