This was written in early 2003 for Trafic no. 46, their summer issue, where it was translated into French by Jean-Luc Mengus, their managing editor. It’s part of a very wide range of “letters” from cities around the world that they’ve been running for many years. It’s very sad to report that Alexis A. Tioseco, whom I’d recommended to the magazine as the perfect person to write their “Letter from Manila,” was in the middle of fulfilling that assignment when he was murdered. — J.R. 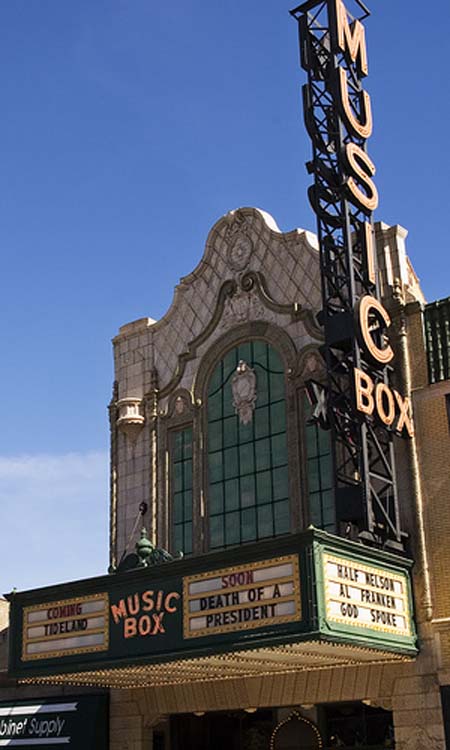 Approaching my 60th birthday and the sort of self-definition that stems in part from the various places I’ve lived, I’ve recently noted that I’ve been anchored in the same place for roughly the first quarter of my life (Florence, Alabama) as well as the past quarter (Chicago).  Yet it seems equally significant that two-thirds of the remaining half of my life have been spent in New York, Paris, and London, where the world is measured and perceived quite differently from the ways it’s encountered in either Florence or Chicago. This includes the world of cinema, which has figured for me as a distinctly separate entity when viewed from the separate vantage points of these five localities.… Read more »

The Color of Paradise Every Tati film marks simultaneously (a) a moment in the work of Jacques Tati; (b) a moment in the history of French society and French cinema; (c) a moment in film history. Since 1948, the six films that he has realized are those that have scanned our history the best. Tati isn’t just a rare filmmaker, the author of few films (all of them good), he’s a living point of reference. We all belong to a period of Tati’s cinema: the author of these lines belongs to the one that stretches from Mon oncle (1958: the year before the New Wave) to Playtime (1967: the year before the events of May ’68). There is hardly anyone else but Chaplin who, since the sound period, has had this privilege, this supreme authority: to be present even when he isn’t filming, and, when he’s filming, to be precisely up to the moment — that is, just a little bit in advance. Tati: a witness first and last.… Read more »