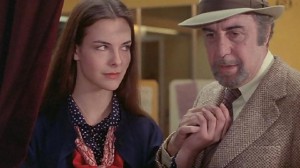 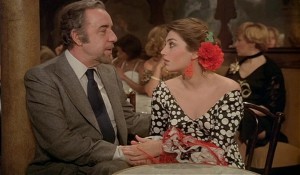 I’ve been revisiting a good many of Buñuel’s films lately, and a couple of traits of his work as a whole that I haven’t been sufficiently aware of in the past have been the centrality of class issues and his uncanny ability to predict or anticipate the future — not only the rise of terrorism but an escalation in income inequality and even, to my surprise, some of the lessons of feminism. These are traits that come together most tellingly and provocatively in his final feature, That Obscure Object of Desire (1977). 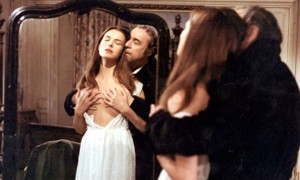 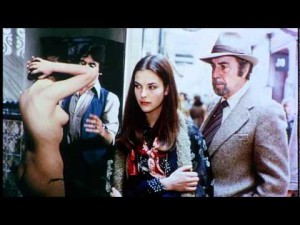 I’ve previously regarded this film as a bit of a letdown after the formal radicalism and thematic freedom of its immediate predecessors, The Discreet Charm of the Bourgeoisie (1972) and The Phantom of Liberty (1974). But it’s now more apparent to me that the play with multiple narratives really starts with The Milky Way in 1969 (or, much earlier, with Un chien andalou and L’age d’or), that the inability to complete a sex act in That Obscure Object complements and rhymes with the inability to finish a meal in The Discreet Charm, that the economic and sexual exploitation of That Obscure Object is already present in Tristana (1970), and that despite Buñuel’s reputation for kinkiness and cruelty, sadomasochism has never been his particular forte.… Read more »

This is the second and final part of an article published in the January-February 1975 Film Comment. — J.R. 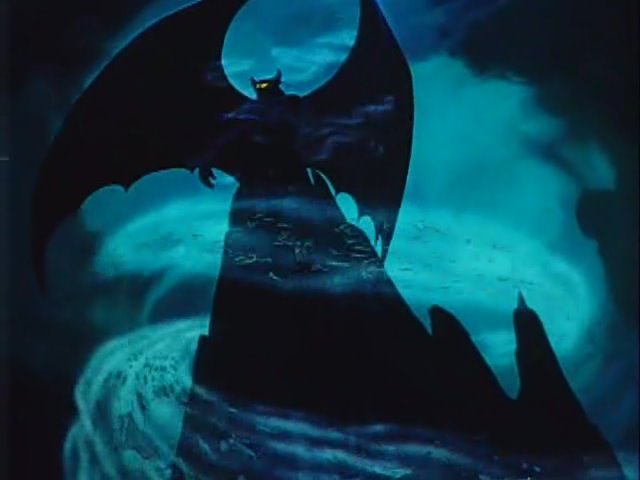 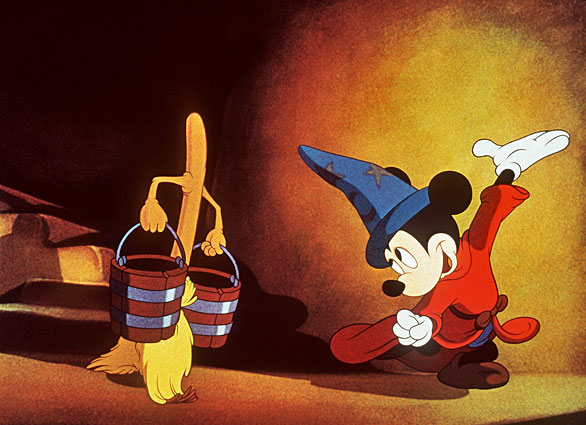 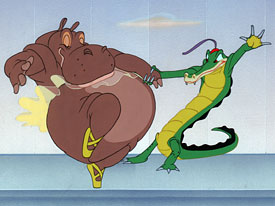 Towards an aesthetic evaluation. For critics of the Thirties and the early Forties, Disney was an essential figure in the arts. Eisenstein declared him to be the most interesting filmmaker in America, and over the decade that followed, Erwin Panofsky praised the early cartoons and “certain sequences” in the later ones as “a chemically pure distillation of cinematic possibilities”; Gilbert Seldes offered many sympathetic critiques; and even E.M. Forster published a brief tribute to Mickey Mouse. Lewis Jacobs’ assessment of Disney in The Rise of the American Film is certainly more likely to raise eyebrows today than it was in 1939:

“In the realm of films that combine sight, sound, and color Disney is still unsurpassed. The wise heir of forty years of film tradition, he consummates the cinematic contributions of Méliès, Porter, Griffith, and the Europeans [sic]. He has done more with the film medium since it added sound and color than any other director, creating a form that is of great and vital consequence not only for what it is but for what it portends.… Read more »

From Film Comment (January-February 1975). Although this is obviously dated in many respects, and most likely contains some errors, I’ve made only a few revisions while transcribing it. Given the length, I’ve decided to post this in two parts, with the second part to be posted later today.

This is a much-expanded entry written originally for Richard Roud’s two-volume Cinema: A Critical Dictionary (1980). It was mainly researched while I was still living in Paris in the mid-1970s, and I can recall having had lots of difficulties attending various kids-only screenings of Disney cartoon features, and convincing various theater managers that my interests were strictly scholarly and I wasn’t a dirty old man. — J.R. In some respects, there may be no cultural figure in the West as potentially controversial as Walt Disney,  even though love and hatred for what Disney represents are frequently felt by the same people. At the same time, there is certainly no other filmmaker whose aesthetic and ideological preoccupations have permeated so much of modern life that, paradoxically, his omnipresence verges on invisibility. Even beyond the grave, continuing manifestations of his vision have become some integral to American society that they are commonly regarded as natural and relatively unquestioned parts of the landscape, like a salt shaker or a babysitter or a place to go on vacation.… Read more »