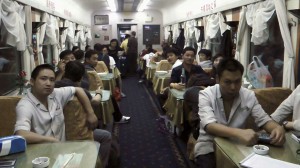 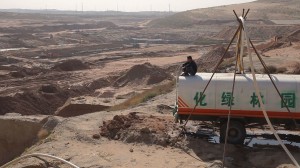 J.P. Sniadecki’s feature-length The Iron Ministry (2014), available on DVD from Icarus Films, is by far the best non-Chinese documentary I’ve seen about contemporary mainland China. (Just for the record, the best Chinese documentary on the same general subject that I’ve seen is Yu-Shen Su’s far more unorthodox—and woefully still unavailable — 2012 Man Made Place; a couple of snippets are available on YouTube and Vimeo.) Filmed over three years on Chinese trains, it’s full of revelatory moments, and not only in its surprisingly outspoken interviews: the non-narrative stretches, which compare quite favourably with the more abstract portions of Lucien Castaing-Taylor and Véréna Paravel’s Leviathan (2012), are pretty stunning as well. Skip this one at your peril. 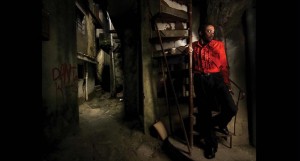 Second Run’s very first Blu-ray — Pedro Costa’s Horse Money (2015) — is gorgeously transferred, and has splendid extras: Costa’s 2010 short film O nosso homem, essays by Jonathan Romney and Chris Fujiwara, an introduction to Horse Money’s introduction by Thom Andersen, and Laura Mulvey’s conversation with Costa at London’s ICA. The extras on Criterion’s Blu-ray of Jean-Luc Godard’s Band of Outsiders (1964) are too numerous to mention here, but suffice it to say that just about every intertextual reference in this cherished object are teased out in one way or another.… Read more »