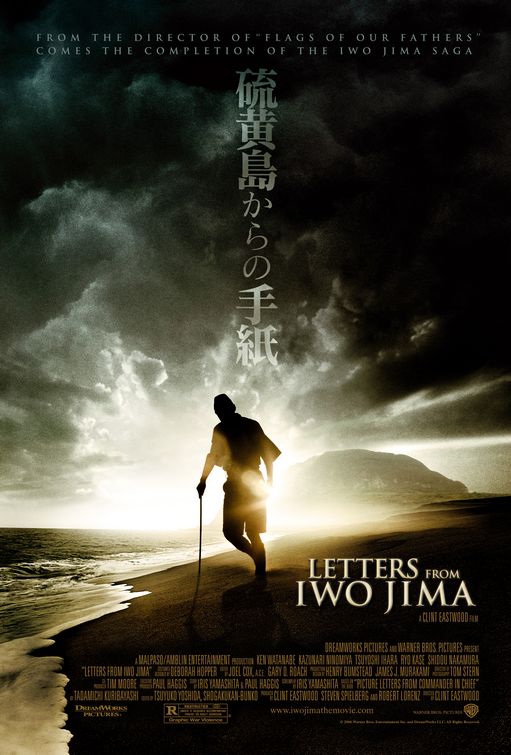 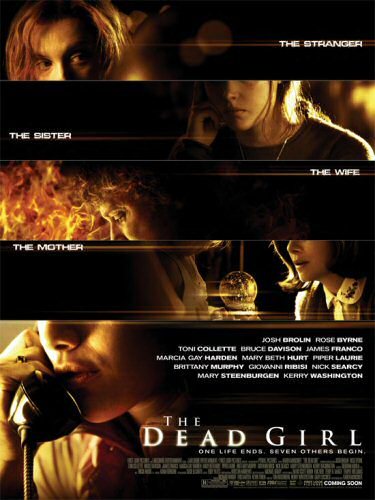 directed and written by Karen Moncrieff

Given my usual aversion to war and slasher movies, I wasn’t instantly won over by either Letters From Iwo Jima or The Dead Girl. Both films display a fundamental decency and seriousness from the outset, but both are unrelievedly grim and full of booby traps. (At press time I was told that The Dead Girl may not open for another week or so.)

Letters From Iwo Jima, directed by Clint Eastwood, one of the finest directors alive, looks at the World War II battle of his recent Flags of Our Fathers from a Japanese perspective. Letters From Iwo Jima opened in Japan around the same time its counterpart opened here, evidence of the nobility of his intention to address the people of both countries, not just us. It has few stars familiar to Americans, and it shares with Pan’s Labyrinth the rare distinction of being a mainstream commercial movie with subtitles. The Dead Girl, directed by Karen Moncrieff, who’s made only one previous feature (Blue Car, 2002), confounds expectations as well — about slasher stories and about film narrative in general, in part by being closer to a collection of interconnected short stories than to a novel. The film — whose five segments are “The Stranger,” “The Sister,” “The Wife,” “The Mother,” and “The Dead Girl” — begins with the discovery of the corpse of a young woman (Brittany Murphy) by a troubled single woman (Toni Collette) living with her viperish, bedridden mother (Piper Laurie), and ends with the earliest chapter in the chronology, the dead girl’s initial encounter with the killer. In between Moncrieff explores the significance of the death to a “stranger” (either the single woman or a guy who takes her out, played by Giovanni Ribisi), to a grad student who might be the dead girl’s sister (Rose Byrne), to the killer’s wife (Mary Beth Hurt), and to the dead girl’s mother (Marcia Gay Harden). 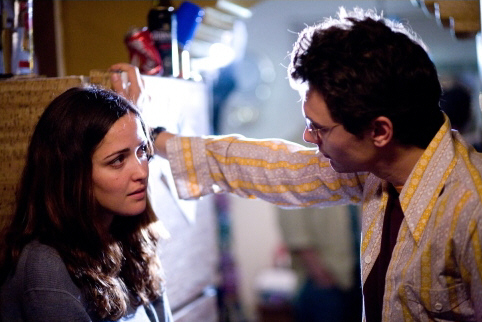 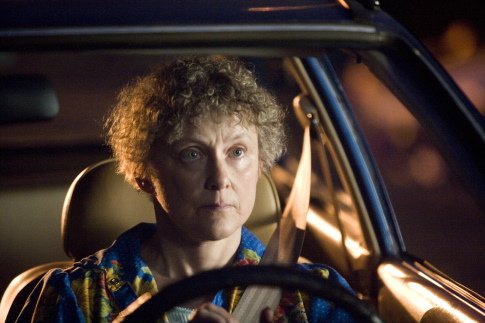 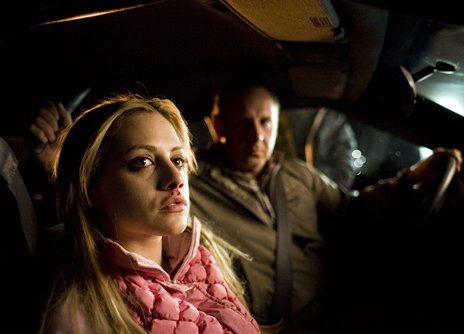 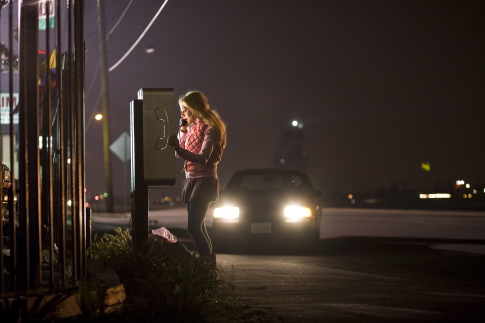 Both films lack heroes in any ordinary sense, though Letters From Iwo Jima was inspired partly by a book of letters written by General Tadamichi Kuribayashi to his family. Both are structured around their collective casts of characters: in Letters they’re all male soldiers engaged in a losing struggle, and in The Dead Girl they’re people bound together in misery, in an illness that’s related to sex, though they don’t see the commonality.

Part of Moncrieff’s challenge to the audience is to recognize that sickness, to see past the denials of the killer’s wife and, at least initially, of the dead girl’s mother. And both Eastwood films implicitly challenge viewers’ perceptions of the war in Iraq. One could argue that the struggle in World War II was meaningful and the occupation of Iraq senseless. But as Raul Ruiz once observed, the effort required to make a bad film is no less strenuous than the effort to make a good one, and from the standpoint of soldiers fighting in any war, the distinctions between meaningful and senseless are a civilian luxury. I think this is one reason both of Eastwood’s movies show soldiers trapped in impossible moral dilemmas. Is it right to lie about one’s own heroism and that of one’s buddies if it helps the war effort, as some American soldiers do in Flags of Our Fathers? Is it right to disobey one’s officer when ordered to shoot a family’s barking dog, as a Japanese soldier does in Letters From Iwo Jima? In essence, Eastwood is saying that the similarities between American and Japanese soldiers in 1944 are more important than the differences. This is a surprisingly liberal position for him to take, and in Letters it has the effect of turning the mainly unseen Americans into villains. 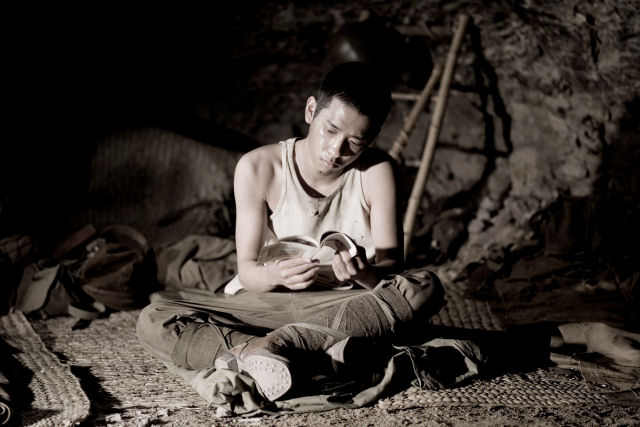 One reason I wasn’t sure what to think of Letters the first time I saw it was that I didn’t know how it would be received in Japan. I wondered if it would seem accurate to most viewers there. I’ve since learned that the response has been very favorable and that it’s been near the top of the box-office charts since it opened.

A Japanese film critic and friend, Shigehiko Hasumi, who was around eight years old when the Americans landed on Iwo Jima, admitted to me that even though he likes Letters From Iwo Jima, he prefers Flags of Our Fathers. I suspect he prefers it for the same reason I prefer Letters From Iwo Jima — because it tells a less familiar story. (I’ll concede that Flags of Our Fathers is stylistically more ambitious — in its exploration of how images are made and turned into emblems — but that doesn’t necessarily make it more successful.) I told Hasumi I worried that Letters From Iwo Jima might define the humanity of the Japanese characters only in terms of American traits (a bias I see in spades in Lost in Translation), but he assured me the film is true to a “certain Japanese reality.” He added that he found the portraits of the pro-American Japanese officers in the film a bit “romantic,” comparing them to John Ford’s depictions of Confederate officers in such films as The Horse Soldiers. 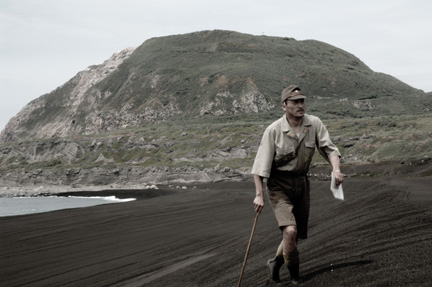 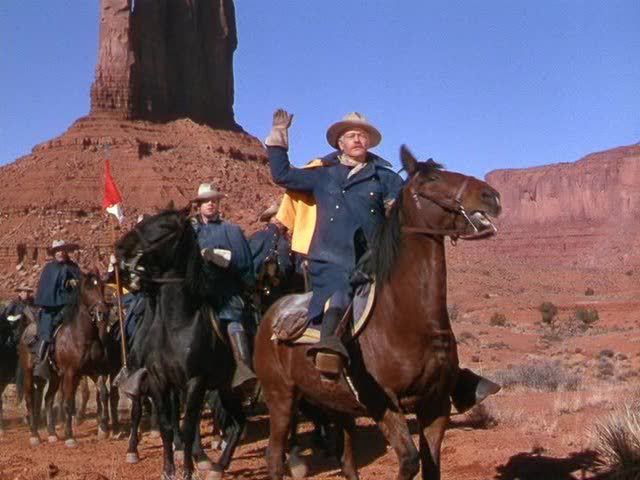 I think General Kuribayashi (Ken Watanabe) also sometimes recalls John Wayne’s cavalry officer in Ford’s She Wore a Yellow Ribbon, though he’s more ambiguous and more of a misfit. Kuribayashi reportedly was sent to Iwo Jima as punishment for being pro-American, not for incompetence (though his competence is questioned throughout the film by others). Hasumi also told me that in the war’s final stages many “internationalized” students and intellectuals were called up, including his father and one of his uncles. Admiral Isoroku Yamamoto — who developed the strategy to bomb Pearl Harbor, and whose death in 1943 in the South Pacific is briefly alluded to in Letters — was also pro-American and initially opposed to the war. 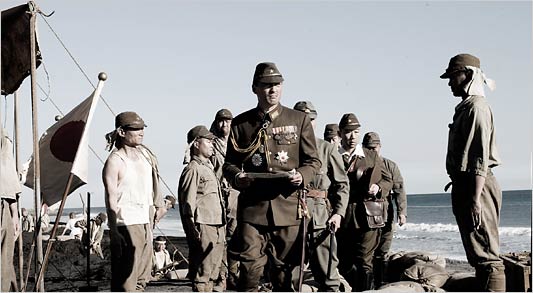 Having seen The Dead Girl only once, I’m not sure how well the strength of its performances and its unorthodox narrative structure would hold up after a second viewing, because the film’s morbidity constantly hovers on the edge of overkill. At times Letters From Iwo Jima is similarly hampered by its didacticism. Still, both movies indirectly but cogently comment on our experiences of other movies. Having Japanese soldiers as heroes allows us to reconsider the didacticism we’ve been handed in the past, and seeing multiple responses to a sexually motivated murder allows us to reconsider our understanding of sex crimes.