Wind Across the Everglades

From the Chicago Reader (May 31, 2002). I’m pleased to remember that Studs Terkel, who knew Nick Ray, wrote me a friendly letter about this review shortly after it appeared — and that, years earlier (1995), when my first collection, Placing Movies, came out, he invited me to appear as a guest on his radio show. — J.R. 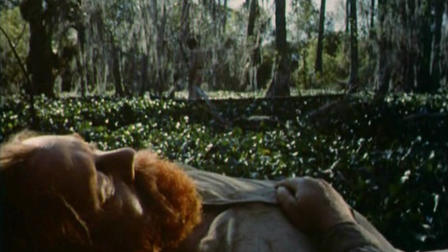 A kind of litmus test for auteurists, this philosophical adventure story set in turn-of-the-century Florida (1958, 93 min.) was Nicholas Ray’s penultimate Hollywood assignment, though he was fired before the end of shooting and barred from the final editing by screenwriter Budd Schulberg (On the Waterfront, A Face in the Crowd), who produced the film with his brother Stuart. (In his introduction to the published screenplay, Schulberg doesn’t even mention Ray.) An ecological parable, it pits an earnest schoolteacher turned game warden (Christopher Plummer) against a savage poacher of wild birds (Burl Ives) heading a grungy gang in the swamps. Ray’s masterful use of color and mystical sense of equality between the antagonists (also evident in Rebel Without a Cause and Bitter Victory) are made all the more piquant here by his feeling for folklore and outlaw ethics as well as his cadenced mise en scene. The result is somewhat choppy (one gets a sense of subplots being truncated), yet the film builds to a powerful encounter between Plummer and Ives, and Ray’s personal touches are unmistakable. (There’s even an upside-down point-of-view shot, similar to the ones in Rebel and Hot Blood.) The performances are quite striking, especially Chana Eden’s as the female lead — not to mention cameos by Gypsy Rose Lee, author MacKinlay Kantor, and Peter Falk (in his film debut). Film critic Fred Camper will introduce the screening and lead a discussion afterward; a 35-millimeter print will be shown. Northwestern Univ. Block Museum of Art, 1967 South Campus Dr., Evanston, Thursday, June 6, 8:00, 847-491-4000. 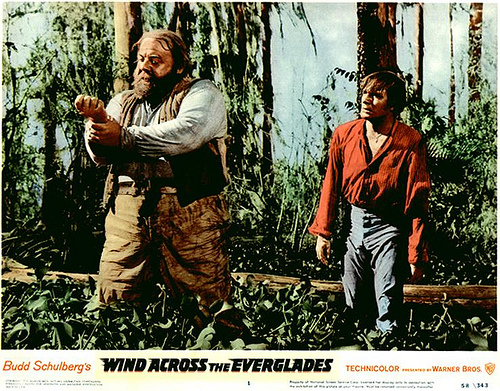