Posted on the web site Wellesnet. I’ve added a few illustrations of my own to the original, conducted by Lawrence French.

Having worked this year as a consultant on the completion of The Other Side of the Wind, I’m no longer sure that all my comments about the film found below would still hold. – J.R.

Jonathan Rosenbaum has long been an astute critic on the cinema of Orson Welles, frequently writing about Welles’ films. He served as the consultant for the re-edited version of TOUCH OF EVIL, and edited THIS IS ORSON WELLES, the seminal book of Welles interviews, conducted by Peter Bogdanovich.

The following interview has been combined from two separate conversations. The first took place in the fall of 1998, after the release of the re-edited version of TOUCH OF EVIL, and focused on the problems inherent in changing TOUCH OF EVIL to what Welles requested in a memo written 41 years earlier. The second interview occurred in January, 2003, and covers Welles’ two major unfinished films: DON QUIXOTE and THE OTHER SIDE OF THE WIND.

LAWRENCE FRENCH: Does the film museum in Munich now have most of the unfinished Welles films?… Read more »

From the September-October 1995 issue of Film Comment. I should stress that this essay is very much out of date once one starts to consider Cozarinsky’s prolific subsequent career as both a writer and a filmmaker — although I’ve anachronistically included a few more recent book covers and film posters as illustrations, as well as a poster and two stills from his most commercially successful film to date, the 2005 Ronda Nocturna, known in English as Night Watch, in part to help make up for the impossibility of finding stills for some of the rarer films of his discussed here.

Let me also quote my Reader capsule review of Night Watch: “With a few exceptions, I prefer the literature of Edgardo Cozarinsky, an Argentinean based mainly in Paris, to his films, and his nonfiction in both realms to his fiction. But this poetic, atmospheric drama, shot in Buenos Aires, challenged my bias, mixing the natural and the supernatural, the cinematic and the literary, with such assurance that Cozarinsky no longer seems like a divided artist. Following a teenage street hustler through the night of All Saints’ Day, he turns a documentary about his hometown and its street life into a haunting piece of magical realism.… Read more »

This was published in the September-October 1995 issue of Film Comment, as a sidebar to a much longer piece about Edgardo Cozarinsky, to be posted later today.– J.R. 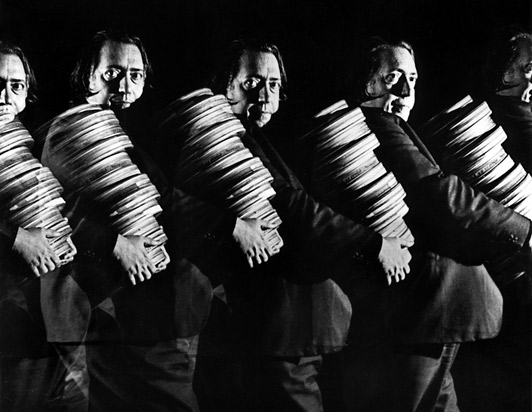 As a member of the FIPRESCI jury at Berlin that gave this year’s Forum prize to Edgardo Cozarinsky’s 68-minute Citizen Langlois, I’d like to quote our citation: “For a brilliant essay revealing a multifaceted grasp of a major pioneer for whom cinema was the ultimate nationality.”

Indeed, at a time when much of what passes for film history is being regulated nationalistically, by state bureaucrats — a process observable in such projects as the British Film Institute’s “A Century of Cinema” series (which stepped off in Berlin with Edgar Reitz’s Night of the Directors), and in the blatantly pro-industry PBS miniseries calling itself American Cinema -– Cozarinsky’s film carries a distinct polemical charge. For Henri Langlois, the unruly and passionate founder/gatekeeper of the Cinémathèque Française spent his life railing against state bureaucracies, and most of his legacy would be unthinkable without this sustained resistance. His eclectic partisanship is more than adequately matched in a personal essay that is as much about exile as Cozarisnky’s One Man’s War and Sunset Boulevards.… Read more »