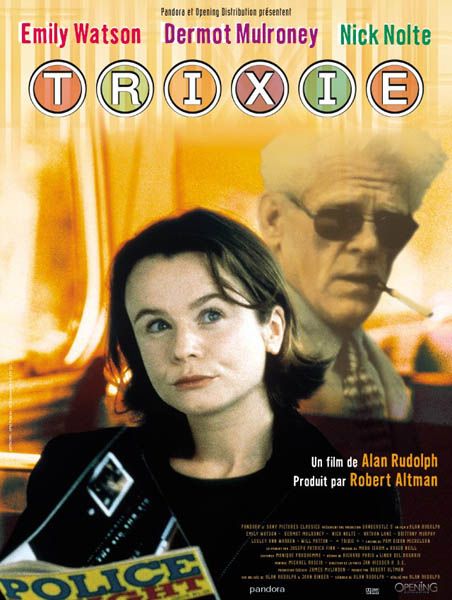 Directed and written by Alan Rudolph

[Trixie] is propelled by this need in her own personality to accomplish something and find the truth. But of course, the truth doesn’t exist anymore. The truth now seems to be whatever gets the most applause. — Alan Rudolph in an interview 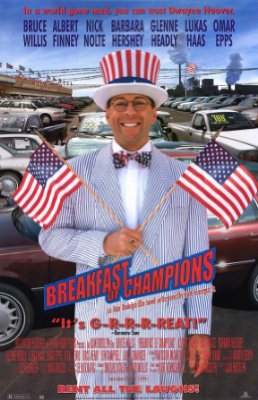 Alan Rudolph’s previous feature, Breakfast of Champions (1999), probably his best since Choose Me (1984), is an abrasive, angry, formally imaginative, and generally faithful adaptation of Kurt Vonnegut Jr.’s book of the same name. It has a lot going for it, including Bruce Willis, who helped finance it, as a blustering car dealer, one of his best performances to date; Barbara Hershey as his pill-popping wife; Nick Nolte as his sales manager and best friend, who guiltily harbors a fetish for lingerie; and Albert Finney as Vonnegut’s dark doppelganger, itinerant hack SF writer Kilgore Trout. It was easily last year’s most corrosive Hollywood movie about the American way of life, and it was especially good at showing the claustrophobic desperation of living in a small midwestern town and slowly going insane — a potent literary theme at least since Sherwood Anderson’s Winesburg, Ohio. But the movie didn’t open in the midwest because — surprise, surprise — it turned mainstream critics off, lacking the sort of lightweight uplift they generally hanker for. After I saw it at the Toronto film festival last September — where Rudolph and Willis said they were proud of having made it even if nobody saw it — it received nominal runs in New York and Los Angeles, cities where viewers and critics are regarded by distributors as being more demographically significant than those in Chicago, and then early this year it came out on video. An aggressive head trip, the movie obviously isn’t for everyone –and some of its potency may be diminished on the home screen — but it’s a lot more bracing and energizing than Fear and Loathing in Las Vegas.

Trixie, a more run-of-the-mill Rudolph comedy-drama, opens in Chicago this week. It’s somewhat better in the lightweight-uplift department — Rudolph himself aptly calls it a “screwball noir.” Emily Watson, taking a holiday from grandstanding parts (e.g., the suffering heroines of Breaking the Waves and Hilary and Jackie), plays the title role, a ditsy security cop with one of the unlikeliest Chicago accents I’ve ever heard (more evidence that catering to Chicago viewers isn’t a film industry priority).

Watson holds the screen, and she and Rudolph’s mise en scène supply most of what makes this movie watchable. Credit also goes to Nick Nolte as a Nixonian state senator — he’s almost as good as he was in Breakfast of Champions — and to Nathan Lane as a bored, world-weary stand-up comic at a lakefront casino, where Watson’s security cop also works, Dermot Mulroney as the romantic interest has his moments as well, and the chemistry between him and Watson leads to some sexy sparring and horny groping. I wish the film had more time for this, but the noir narrative kicks in and works its way through standard-issue plot points instead.

Rudolph, a gifted stylist who operates mainly as an independent, can be regarded as a child of Hollywood: he was the son of studio director Oscar Rudolph, and his style is predicated largely on a nostalgia for classic Hollywood tropes. He worked on many Robert Altman films during the mid-70s, and Altman has produced at least five Rudolph features, including Trixie; so part of what can be said about Rudolph could also be said about his mentor.

The two directors share a taste for overheard dialogue, drifting camera movements synchronized to pop music, revamped Hollywood genres, and a highly mannerist use of running gags, some of which are repeated so insistently they destroy any ordinary sense of verisimilitude. A typical Altman example would be Shelley Duvall in 3 Women getting her skirt caught in the door of her car whenever she has to drive somewhere. Trixie is dominated by the heroine’s constant stream of malapropisms — she uses one just about every time she opens her mouth. One of her first lines in the movie is “It’s time to fish or get off the pot,” and other examples include “That guy smokes like a fish,” “Why do people always have to beat a dead horse to death?” “It’s time to swallow the bullet,” “You’re a big wheel in a small pond,” and “Let’s jump off that bridge when we come to it.” Inevitably, she describes herself at one point as a “private defective,” and when someone says “C’est la vie” to her, she replies, “La vie.” 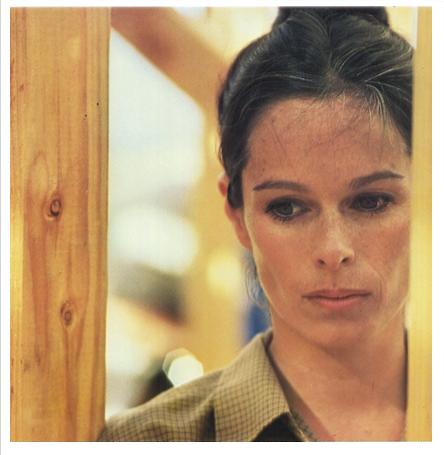 What differentiates Rudolph’s compulsive use of such howlers — which comprise much of the “screwball” part of “screwball noir” — from Altman’s otherwise similar running gags is that they conjure up classic Hollywood archetypes. Much as Geraldine Chaplin’s weirdly anachronistic lead performance as a contemporary character in Rudolph’s Remember My Name (1978) evokes Barbara Stanwyck roles in various women-oriented melodramas of the 30s, Watson’s gaffes seem to hark back to some of the 50s dumb-blond routines of Marilyn Monroe, Judy Holliday, Jayne Mansfield, and Barbara Nichols. But whether one finds individual expressions funny or not, they prevent Trixie from functioning as a contemporary character who can develop beyond her status as a movie reference. We’re given no clue as to why she’s so inept with language, though some explanation might have enabled us to connect this characteristic with other parts of her personality and background; the trait almost appears to be glued on.

The noir aspects of Trixie are similarly limited. The intrigue Trixie becomes enmeshed in, for instance, has something to do with a corrupt resort developer (Will Patton), a couple of his stooges, a ladies’ man (Dermot Mulroney) who also works for him, the latter’s sometime girlfriend (Brittany Murphy), the developer’s pill-popping older mistress (Lesley Ann Warren), a state senator, a “missing tape,” and a murder. But it has even more to do with other noir and neo-noir movies. In an interview Rudolph helpfully singled out an Altman film he worked on as assistant director, The Long Goodbye — a much better film, one that can accommodate in its gallery of gargoyles a tragic figure like Sterling Hayden’s alcoholic novelist as well as a nightmarishly comic one like Mark Rydell’s Jewish gangster. Trixie doesn’t have this sort of range, and due to its self-conscious, stylish 40s-noir references, it can’t function very clearly — as Breakfast of Champions does   — as a commentary on contemporary American life.

The movie does have a certain amount of star power and occasional bursts of inventive mise en scène, which do a good job of diverting us so we don’t realize that not much else is going on. Two rare occasions when star power and mise en scène function together are Watson’s extended scenes with Warren (a Rudolph regular) and with Nolte. In the scenes with Warren three strategically placed mirrors in a hotel room create so much fascination within the ‘Scope frames that we don’t care whether the characters are saying very much. In the scenes with Nolte, set in a posh club, so much gets said that we don’t care if Rudolph’s mise en scène is show-offy or not. Either way, it’s entirely to Rudolph’s credit in these sequences that I forgot about other movies, as I did during just about all of Breakfast of Champions. 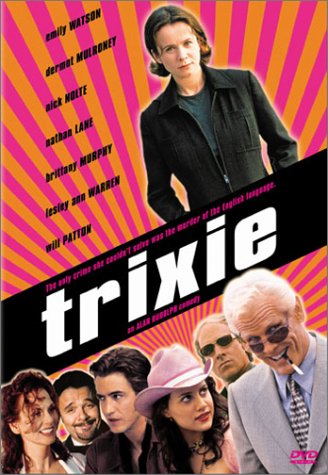