This review originally appeared in the October 1974 issue of Monthly Film Bulletin. —J.R. 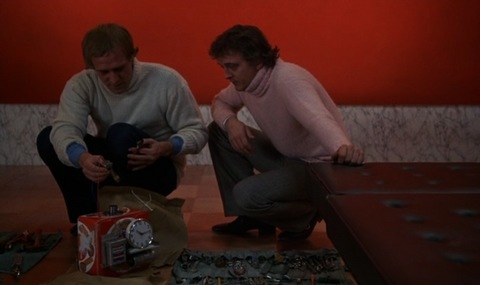 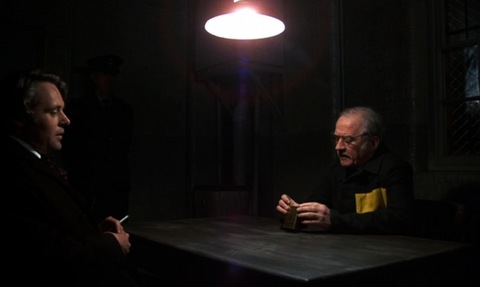 A disconcerting aspect of Richard Lester’s last feature, The Three Musketeers, was the evidence of a director trying to play several separate games — and please several separate audiences — at the same time, often leading to a diffusion of interest as the film briskly bounced from one tone or style to another. Juggernaut, clearly designed as nothing more or less than  yet another ship-disaster blockbuster, is a marked improvement in this respect, because however unoriginal its base ingredients, it hardly ever slackens its pace or diverts attention from its central premises. After a rather deceptive Petulia-like opening — the camera panning up the legs of a girl trombonist in the band celebrating the Britannic’s launching, followed by a string of typical Lester vignettes extracted from the surrounding fanfare (mainly “overheard” one-liners singled out on the soundtrack and disembodied somewhat from the visuals, giving them a certain resemblance to comic-strip bubbles) — the plot settles down to the cross-cutting techniques common to the genre, and the short gags (e.g., two children on the boat playing a flipper machine called “Shipwreck”) are used thereafter a bit more sparingly. Within such a structure, requiring fairly constant movement from home office to police investigation to hero-expert to Captain to ship’s passengers, with additional side-trips on the way, it is scarcely surprising that many of the sub-plots never develop beyond their initial expositions. On the other hand, this limitation serves to highlight the increasing importance of Fallon in the story, thereby enhancing the carefully defined gradations in Richard Harris’ fancy and effective performance from a low-keyed, pipe-smoking functionary to a sweaty old-fashioned hero blessed with rhetorical powers, super-human courage, and a tense, sardonic philosophy of life as the tension mounts. Obeying a cleverly plotted curve, the character and film form the centerpiece of what might otherwise have registered as a dozen or so mini-plots in search of a catalyst. Notwithstanding the absurdities of a plot whose every facet can be recalled from other films in the genre, where every “moral truth” is inserted in eye-dropped fashion as a wisecrack and nearly every passenger on the ship seems to have emerged out of some sort of Grand Hotel central booking, Lester still has plenty of occasions in which to demonstrate his skills. The disastrous ship’s party, presided over by a strenuously jubilant Roy Kinnear, takes on an affecting bitter-sweet turn when Kinnear’s demeanor drops and the guests unexpectedly begin dancing, and Lester knows precisely when to cut to a helicopter shot over the ship at night to encapsulate the moon of impending doom. A showier and arguably less justifiable cut -– from a bolb exploding in Braddock’s [David Hemmings’] face to an attendant igniting a pocket lighter in the air terminal baggage check -– can easily be forgiven as a gimmick because it is executed so smoothly. Apart from such polished fillips and his usual abbreviated (if uneven) array of filler gags, Lester mainly shows his expertise by keeping his warhorse of a plot moving, gliding efficiently from one point to the next and accumulating a respectable amount of suspense along the way.
JONATHAN ROSENBAUM 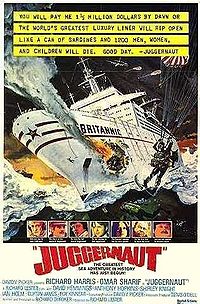 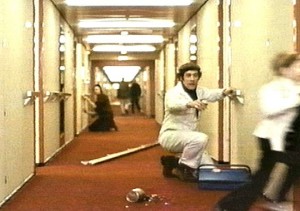