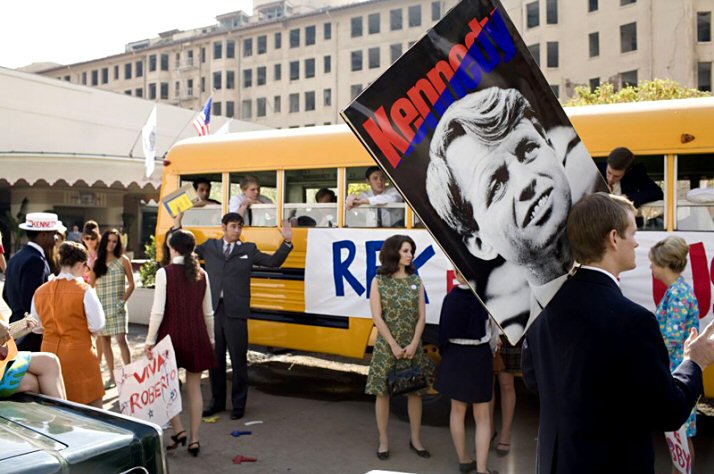 Directed and written by Emilio Estevez

I’m automatically suspicious of a movie whose premise is that Bobby Kennedy’s campaign for the presidency may have been the last chance this country had to save itself. For one thing, Kennedy was running in the Democratic primary against Eugene McCarthy, who was much more outspoken about the Vietnam war and much more committed to withdrawing U.S. troops. I’m also wary of an attempt to drape Kennedy’s assassination in nostalgia for the 60s as a way to reflect on the present. But Emilio Estevez’s Bobby, set in LA’s Ambassador Hotel on the day Kennedy was shot, June 5, 1968, is so keenly felt and so deeply imagined I couldn’t help but be moved, even grateful for its bleeding-heart nostalgia — which winds up feeling rather up-to-date. I’m troubled only that Estevez minimizes or omits aspects of Kennedy’s life that don’t fit the idealistic image, such as his early work for Roy Cohn, chief counsel to Joseph McCarthy.

Estevez unabashedly honors old-fashioned moral and humanist convictions. An early allusion in his dialogue to Grand Hotel suggests that he’s also honoring an old-fashioned kind of hokey filmmaking. And he honors both with polish and professionalism. 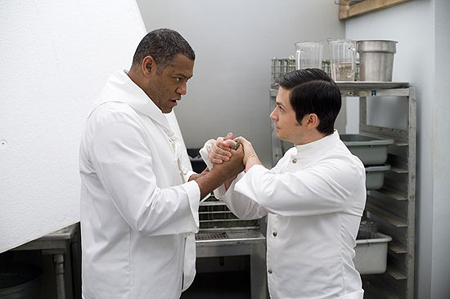 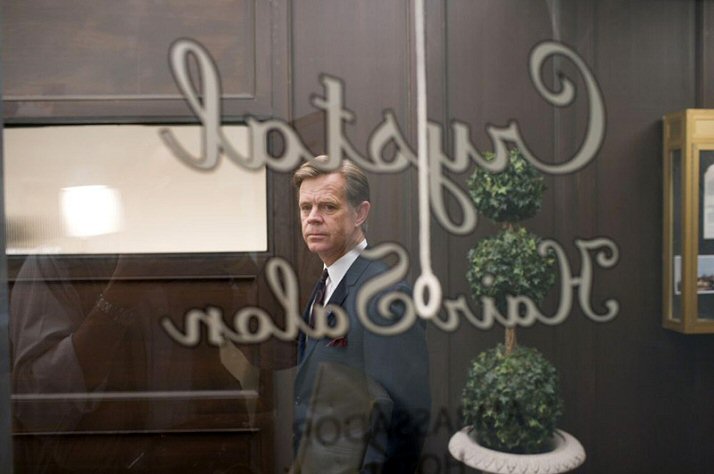 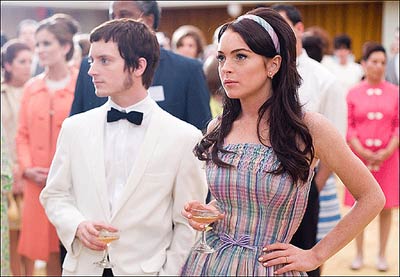 The film’s characters can be divided into three basic categories. The largest is the hotel employees: busboys (Freddy Rodriguez and Jacob Vargas), chef (Laurence Fishburne), food supervisor (Christian Slater), manager (William H. Macy), beautician (Sharon Stone), switchboard operators (Heather Graham and Joy Bryant), and a retired doorman (Anthony Hopkins) who still likes to hang out in the lobby playing chess with an old friend (Harry Belafonte). Then there are the hotel guests: a high school student (Lindsay Lohan) marrying a friend (Elijah Wood) to keep him from getting drafted, an alcoholic vocalist (Demi Moore) performing at the adjoining Cocoanut Grove and her put-upon husband (Estevez), a wealthy depressive (Martin Sheen) and his insecure wife (Helen Hunt), and a hippie drug dealer (Ashton Kutcher) who gives LSD to a couple of would-be Democratic Party volunteers (Brian Geraghty and Shia LaBeouf), occasioning one of the funnier (if somewhat overextended) subplots. Finally there are the people connected to the Democratic rally being planned at the hotel, including an angry black activist (Nick Cannon) and a Czech reporter who wants to interview Kennedy (Svetlana Metkina). 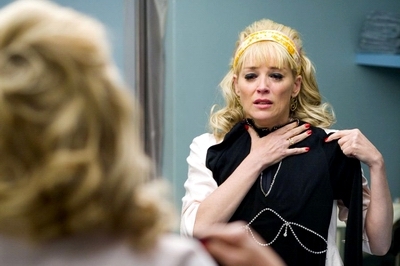 This broad cross section requires Estevez to juggle many ethnic, racial, and class issues, and he does so deftly. He also shows a flair for using a star-filled cast with lightness and grace–nobody’s allowed to take over the movie, yet everyone gets a chance to shine. (Stone critically inspecting herself in a mirror is alone worth the price of admission.) 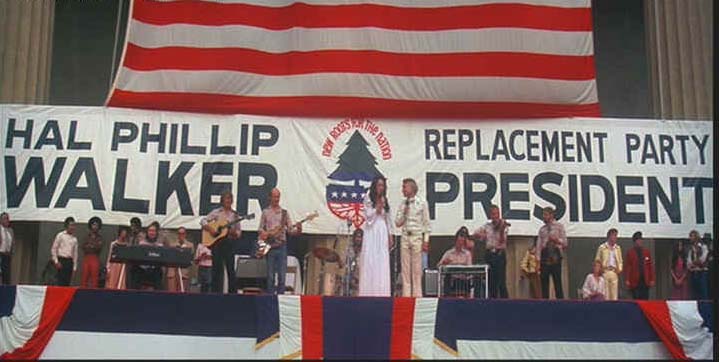 After seeing this movie’s premiere at the Venice film festival I defended its guts and intelligence to a French critic who described it as “sub-Altman.” I see it as “sur-Altman,” especially if compared to Nashville, another film with 20-odd characters that concludes with a cataclysmic and seemingly unmotivated assassination. Despite its reputation as an exuberant classic, Nashville knows zip and cares even less about country music or the city of Nashville (where it was shot) — which doesn’t prevent it from heaping scorn on both. It even ridicules a dowager who tearfully reminisces about John and Bobby Kennedy, and it shamelessly encourages viewers to share its contempt for the rubes. The relentless cynicism that Nashville brandishes as proof of its hipness ultimately gives way to glib, high-flown rhetoric in the climactic repeated shots of an American flag filling the screen while a nihilistic pseudocountry anthem, “It Don’t Worry Me,” builds to a crescendo, asserting the concert audience’s unembarrassed cluelessness. 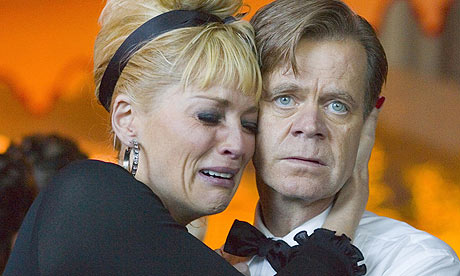 In comparison, Bobby, which has a few plot twists that recall Altman, is bound to seem a little square and flat-footed, especially when it delivers its virtually antithetical message. But its sincerity adds up to much more than good intentions. Its equivalent of Altman’s concluding song is an offscreen speech Kennedy made about senseless violence and assassinations, including that of Martin Luther King Jr. The speech is allowed to play at length following Kennedy’s own assassination — a nervy move that’s every bit as masterful and emotionally galvanizing as Altman’s ending. But Altman’s use of the American flag to dominate Nashville‘s ending is a form of aesthetic bullying, an attempt to stop us from thinking too hard about his nihilistic conclusions. Estevez also uses an American flag — but only briefly, as a detail in a graceful shot looking down at the hotel’s grounds. The shot functions as a coda and asks us to think about our own larger priorities.