Another Day, Another Genre [MATCH POINT] 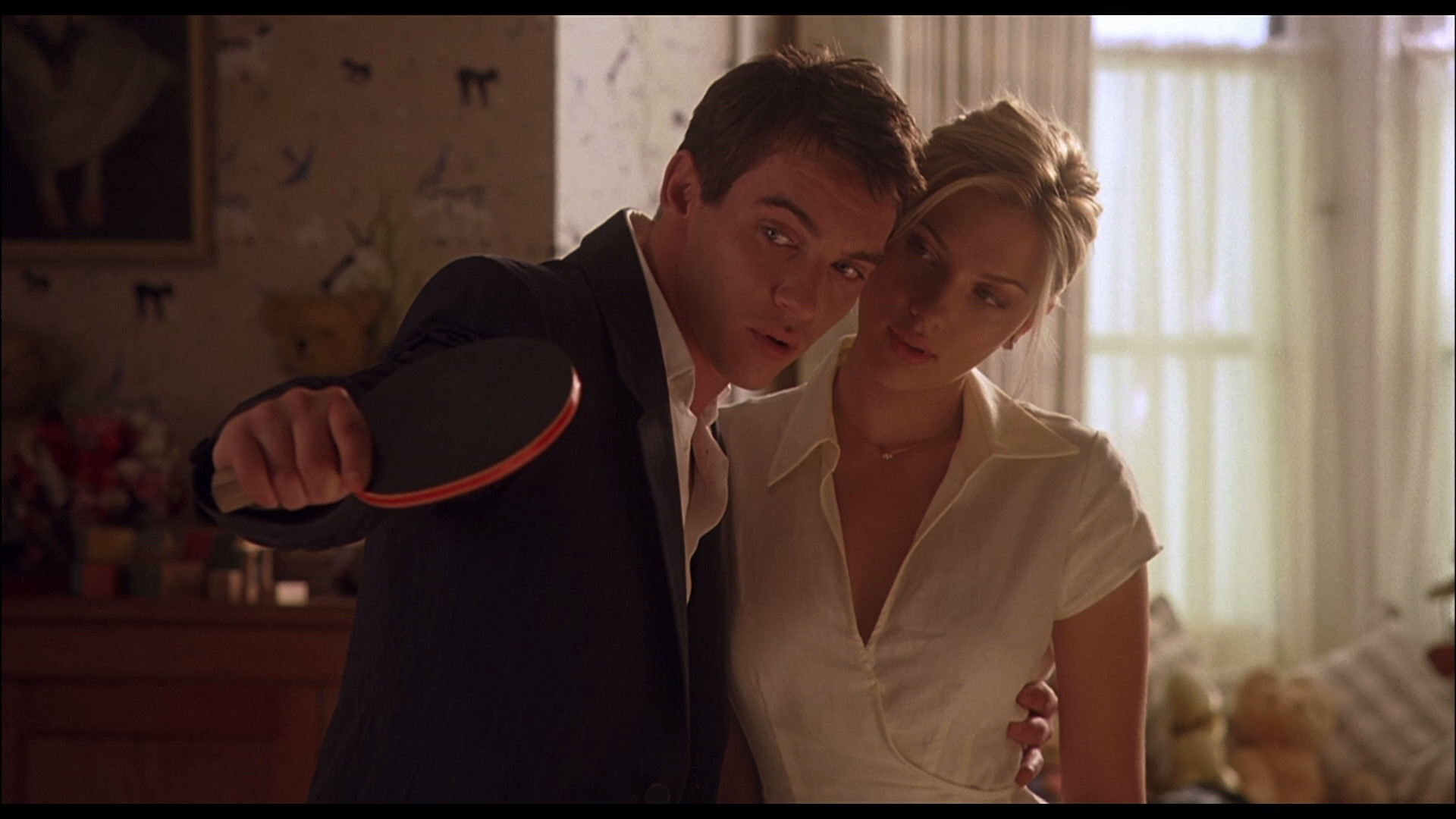 Movie gossip writer Peter Biskind described Woody Allen in the December 2005 Vanity Fair as “an artist without honor in his own country” (apparently Biskind’s ecstatic write-up in Vanity Fair doesn’t count). He went on to compare Allen’s fate to those of some of Allen’s heroes, including Ingmar Bergman, Akira Kurosawa, Orson Welles, and Charlie Chaplin (assuming Chaplin’s “own country” was the U.S.). He added that Allen, who’s released 35 features to date, has made at least ten masterpieces “that can hold their own against” any of the four he credited to Robert Altman or the three he assigned to Francois Truffaut.

Altman, Bergman, Chaplin, Kurosawa, Truffaut, and Welles have changed our view of the world and of movies. Allen, despite his output and great one-liners and excellent taste in cinematographers, hasn’t. “If I was the teacher, I’d give myself a B,” he modestly told Biskind. Given his indebtedness to Bergman and Federico Fellini, that B would have to be for effort and polish, not originality. 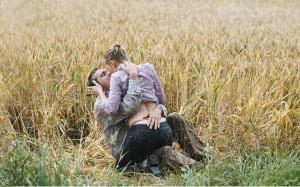 Some critics are saying that Match Point is essentially a remake of Allen’s 1989 Crimes and Misdemeanors. There’s obviously some connection, but having just seen these movies back-to-back, I find the differences more striking than the similarities. (Warning: I can’t seriously describe either film without resorting to spoilers.) Both works decry our willingness to live in an amoral universe where serious crimes go unpunished. But Crimes and Misdemeanors makes an extended meal out of this complaint, and Match Point makes it a snack, scattering crumbs such as a fancy framing metaphor about chance and tennis nets and brief shots of the hero reading Crime and Punishment and The Cambridge Companion to Dostoevski. It’s more concerned with its straight-ahead narrative, albeit one that’s much more cleverly and intricately plotted than the earlier movie’s. 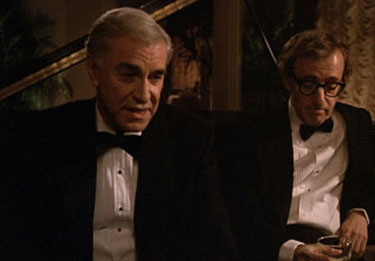 Crimes and Misdemeanors has a double plot set in New York, half comedy and half drama. But it’s essentially all arty pontificating, shuttling between Allen’s usual fall-guy persona — a “serious” documentary filmmaker who loses the woman he loves (Mia Farrow) to a glib, superficial TV producer (Alan Alda) — and Martin Landau as a successful eye doctor who puts out a contract on his spiteful, abandoned mistress (Anjelica Huston) when she threatens to destroy his marriage and career. Match Point, set in London, has only one dramatic plot with two couples. A poor Irish tennis pro named Chris (Jonathan Rhys Meyers) is taken up by an aristocratic English family and marries the daughter (Emily Mortimer). Her brother (Matthew Goode) becomes engaged to Nola (Scarlett Johansson), an aspiring American actress, and Chris immediately gets the hots for her. Some time after the brother breaks off the engagement, Chris, now a rising executive in his father-in-law’s firm, starts an affair with Nola. She gets pregnant and wants to have their baby, believing Chris’s promises that he’s going to end his marriage. When he doesn’t she threatens to spill the beans. Unwilling to abandon his posh life, Chris eventually resorts to an elaborate murder plot — which has zip to do with Crime and Punishment, except that it entails two murdered women and a jewel theft and he isn’t caught. The correspondences with Dreiser’s An American Tragedy that some critics have cited also seem relevant only to the plot; its leading character gets caught and regrets what he did.

Despite its deft organization, Crimes and Misdemeanors still offends me. It exults in pretentious metaphors about sight, including a blind rabbi who’s more a walking postulate than a character. It laments cosmic injustice and glib self-interest even as it encourages audiences to chortle at a lonely and desperate woman’s description of being tied up and defecated on by a man she met through a classified ad. It’s so focused on the doctor’s alternating spells of guilt and remorselessness after the murder of his mistress that she never becomes anything more than a function of the dramaturgy.

The least defined character in both films is the murdered mistress, though Allen manages to give Nola a little more substance than Huston’s character, making Chris’s betrayal of her much more disturbing. But she’s neither rich nor a working-class arriviste, and that seems to put her beyond Allen’s range. He himself went straight from working-class to wealthy, which may be why middle-class characters confound his imagination. After Nola’s engagement is broken off she returns to the States; when she arrives back in London we see her in an apartment, unaccountably full of books, that’s supposed to be downscale but isn’t even close.

In almost all respects, Match Point is an improvement over Crimes and Misdemeanors. It’s better crafted and more absorbing, and it doesn’t have the distractions of Allen’s wisecracks and extended banal philosophizing. The storytelling is much more streamlined, and the pace never flags, though the movie runs 20 minutes longer. It may be the first film in Allen’s career to carry an erotic charge, though it’s also less personally expressive than most of the others, and its characters are more generic. I also applaud his unfashionable decision to keep gore offscreen, though we do see Chris pulling the trigger both times.

The actors, almost all of them from the UK, manage to be both relaxed and authoritative, with Mortimer and Goode, and Brian Cox and Penelope Wilton as their parents, particularly impressive. Chris is resourcefully played by Meyers as a sympathetic emotional cipher until the first murder momentarily unhinges him. Allen wrote the script with a New York setting, then shifted it to London when he found he could get financing from the BBC. The authentic English idioms and the graceful transpositions — the Tate Modern for the Museum of Modern Art, a posh English mansion for a house in the Hamptons, and, possibly, an Irish upstart to replace a Jewish one — suggest that he got some expert advice. Whatever happened, Allen has finally emerged as something of a storyteller and a stylist. 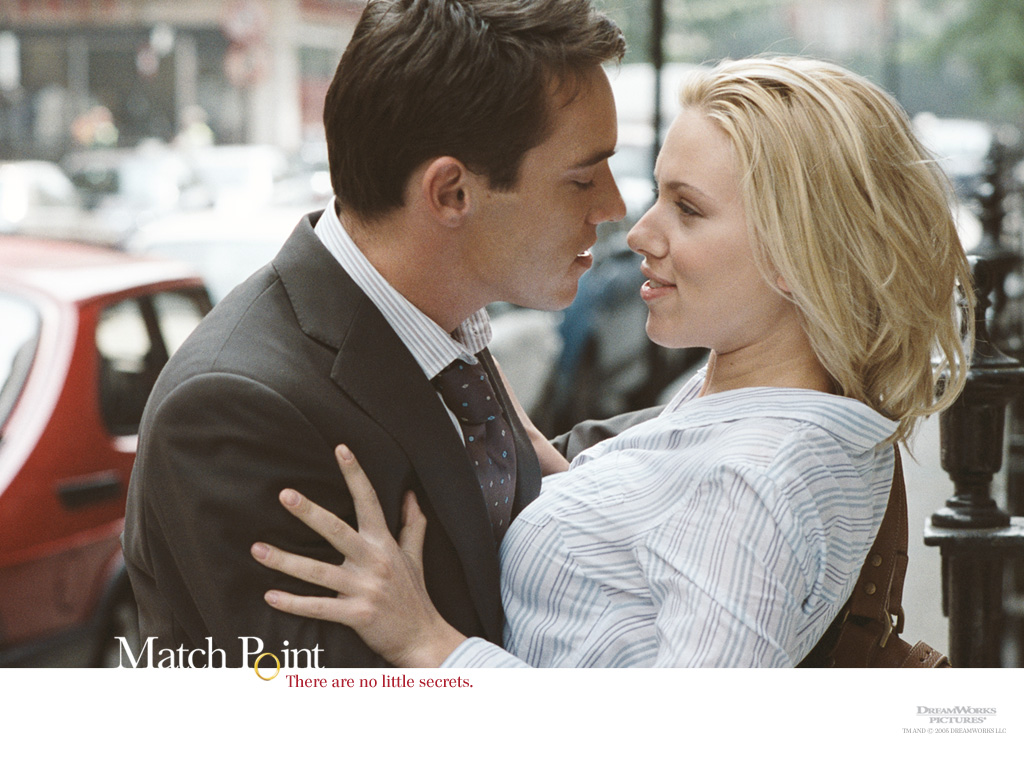