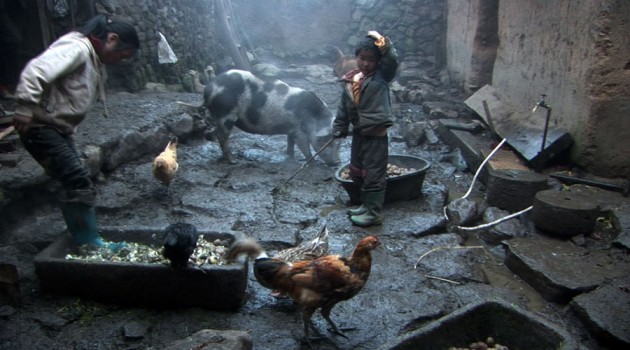 My first experience of Vienna — Christmas 1970 with my girlfriend, another American expatriate in Paris — felt mostly like an alienating visit to the lofty tomb of the Austrian-Hungarian Empire. Apart from The Magic Flute at the Opera and many favorite Bruegels a few blocks away at the Kunsthistorische Museum, the city seemed to belong exclusively to locals, only one of whom I slightly knew — Peter Kubelka at the Austrian Filmmuseum — and after a brief visit to say hello to him, our only cinematic activity was attending a commercial rerun and lousy print of Torn Curtain dubbed into German. 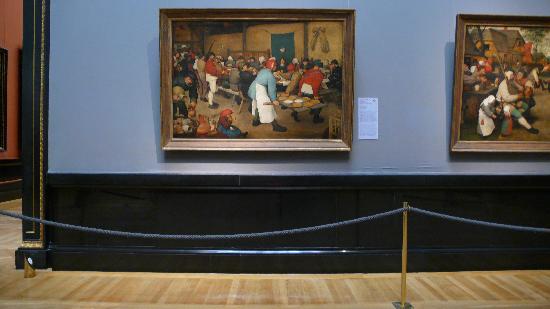 Over a quarter of a century later, thanks to the Viennale, my next encounter with the city was entirely different, introducing me to a vibrant alternative film scene differing from, say, the Rotterdam film festival by virtue of having so many gifted local experimental filmmakers around in the immediate vicinity (among others, Martin Arnold, Gustav Deutsch, Kubelka, Lisl Ponger, and Peter Tscherkassky) and a much broader age group of passionate cinephiles turning up at the screenings. The latter scene was clearly the creation of such programmers as Alexander Horwath (Kubelka’s successor at the Filmmuseum and a onetime Viennale codirector) and Hans Hurch, a former assistant to Straub-Huillet who has been the Viennale’s inspired director since 1997.

This year was the Viennale’s 50th edition and Hurch’s 15th, and there was quite a bit to celebrate: a complete Fritz Lang retrospective; the release of a DVD including all 19 of the Viennale “trailers” commissioned to date — one or two-minute films by everyone from Deutsch and Tscherkassky to James Benning (who presented no less than five features at this year’s festival) and David Lynch to Leos Carax and Jean-Luc Godard; a feature about Kubelka by the resourceful Martina Kudláček (as well as a special evening with Kubelka himself);tributes to Michael Caine, Portuguese cinema, and five women experimentalists (Coleen Fitzgibbon, Narcisa Hirsch, Mati Diop, Kurdwin Ayub, Amy Seimetz); and — an especially enlightened Viennale specialty — more older films (ranging from The Golden Coach to Donovan’s Reef to History Lessons) than ordinary festivals would think to bother with. 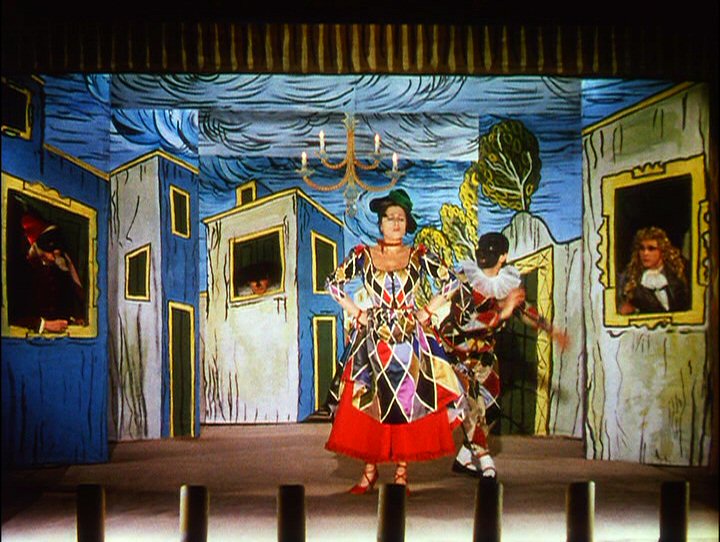 Regrettably, my duties as a FIPRESCI jury member, which entailed seeing 21 new features, obliged me to miss practically all the above. Luckily, I did make it to Wang Bing’s magisterial, 153-minute Three Sisters, a Flaherty- esque documentary concentrating mostly on the daily chores of a ten-year -old girl at a tattered, impoverished livestock/ potato farm in the hills of Yunnan province that’s maintained by her grandfather — work that often includes the care of her kid sisters, aged four and six — without ever being less than mesmerizing. 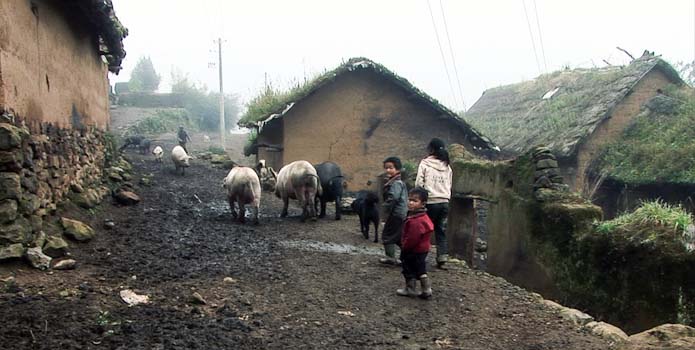 Also luckily, the overall level of the competition items was unusually high. There were several distinctive American-indy youth films, both fictional (Matthew Gordon’s The Dynamiter, Mathew Petock’s A Little Closer, and, above all, our prizewinner, Kenneth Lonergan’s Margaret) and non-fictional (Elizabeth Mins and Jason Tippet’s Only the Young) — although arguably, artful mixes of fiction and non-fiction can be found in all four features. Guillaume Brac’s sexy, exquisitely acted A World Without Women, unfolding in French coastal resort town with a striking resemblance to the one in Mr. Hulot’s Holiday, gives us characters somewhat older but hardly any wiser when it comes to matters of sex and romance. Andrey Gryazev’s Zavtra (Tomorrow), provocative and thoughtful Russian agitprop from Voina, claims at one point to be fictional but actually gives us a penetrating inside look at the everyday lives and strategies of a radical family of protesters. 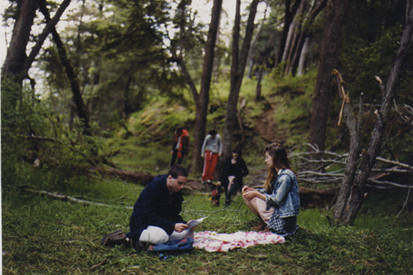 Jazmín López’s Leones (Spanish for lions, none of whom deign to appear) follows five 20-something Argentinians wandering through an exquisitely lit Straub-Huillet forest, pausing occasionally only for word games and sex, encountering a Tarkovsky rainstorm that starts and stops in the midst of an endlessly protracted Steadicam journey, and offering only a handful of clues about what López might be up to. She did present an intriguing theoretical explanation of her title in her Q and A that I no longer remember. But it’s the 35 mm images and layered sounds that persist for me far more than their film-school justifications. If any of this sounds pejorative, it shouldn’t, because I tend to be more captivated by films I don’t understand than the plethora of those that I understand all too well. Leones is mysterious, beautiful, and suspenseful, but more in the way that forests are than in the manner of most makeshift narratives. My gratitude to the Viennale for honoring such experiments and experiences. 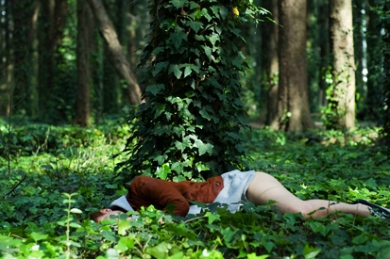