From the Chicago Reader (April 24, 1998). I’m not sure why, but this is one of my long reviews for the Reader that appears to have disappeared from their web site. — J.R. 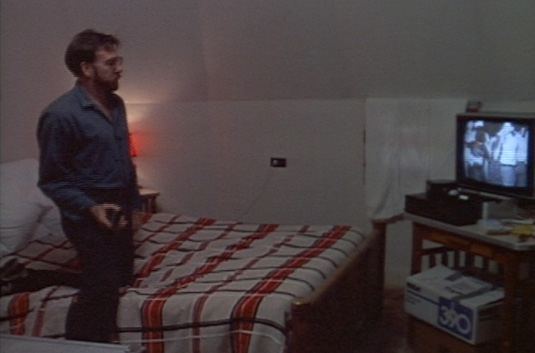 I’ve seen Ross McElwee’s documentary Six o’Clock News (1996) twice, on video about eight months apart, and each time there was a moment roughly halfway through when I felt that he was finally about to turn a corner as a filmmaker. This Boston-based North Carolinian is known as an independent autobiographer, yet what I’ve come to appreciate most in his work are those moments when autobiography leads him away from himself to other people.

His old friend and former teacher Charleen, for instance, is a far more vibrant presence and far wiser commentator than he is in Charleen (1978), Sherman’s March (1986), and Time Indefinite (1993). Of course, McElwee’s personality and style of filmmaking are what makes a Charleen possible, filmically if not existentially, so extracting her from his works would be as difficult as removing Falstaff from Shakespeare or Humphrey Bogart from the cozy miniature environments of To Have and Have Not and The Big Sleep. Yet the points at which McElwee’s appreciation of Charleen fuses with mine, turning him into a vehicle rather than a destination, are the moments when he functions as a journalist.… Read more »