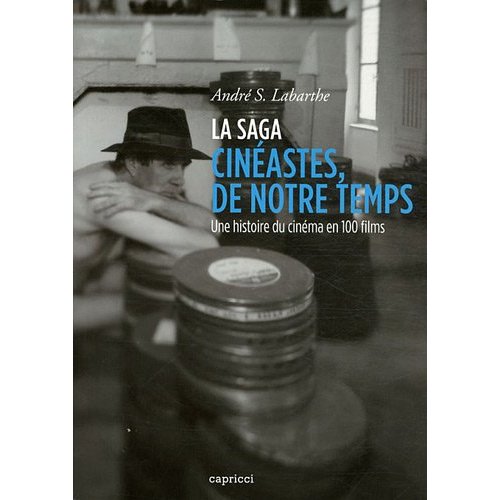 Some of the most successful and fruitful ongoing enterprises related to film history have been either ignored or taken for granted (which sometimes amounts to the same thing) due to their omnipresence. In book publishing, the two most outstanding examples that come to mind are, in France, the series of monographs devoted to film directors issued by Seghers(which finally expired many years ago, I believe in the 70s or 80s) and, in the U.K., the BFI Classics and BFI Modern Classics, launched in 1992 and, to be the best of my knowledge, still going strong.

Considerably more formidable is the series of 80-odd French television documentaries about filmmakers produced by Janine Bazin (the widow of André Bazin) and André S. Labarthe, initially called Cinéastes de notre temps when it was produced by the ORTF between 1964 and 1972, and revived as Cinéma, de notre temps when it was produced by Arte between 1990 and 2003, the year that Janine Bazin died, and then taken up again by Cinécinéma in 2006. Some of the more interesting of the earlier documentaries were remarkable in the various ways that they stylistically imitated their subjects, as in the programs on Cassavetes, Samuel Fuller, and Josef von Sternberg. One specialty item was an eight-part conversation between Fritz Lang and Jean-Luc Godard (The Dinosaur and the Baby, 1967). Many important figures worked on these shows, including Noël Burch and Jean Eustache (mainly as editors, although Burch also codirected a few programs), Jean-André Fieschi (mainly on Italian filmmakers), Jean-Louis Comolli and Jean Douchet (on diverse topics), Alexandre Astruc (on F.W. Murnau), Jacques Baratier (on René Clair), Jacques Rivette (a three-part series about Jean Renoir), Claire Denis (a two-part program about Rivette, with Serge Daney as interviewer), Jacques Rozier (on Jean Vigo), Eric Rohmer (on Carl Dreyer), Olivier Assayas (on Hou Hsiao-hsien), Rafi Pitts (on Abel Ferrara), Chris Marker (on Andrei Tarkovsky), and Pedro Costa (on Jean-Marie Straub and Danièle Huillet) — to provide a less than exhaustive list. Excerpts from many of these shows are available as extras on Criterion DVDs, but as Labarthe once justifiably complained in Cahiers du Cinéma, treating the interview material from these shows as raw footage often does a disservice to the interest and importance of many of these documentaries as films.

The enterprising French publisher Capricci has brought out a very handsome illustrated 256-page volume about this series for 25 Euros, which comes with a DVD containing rushes from three of the interviews done by Labarthe for documentaries that were never completed — the longest of which is with Elia Kazan, interviewed in his Connecticut office in English in 1972 by Annette Michelson. (Michelson also interviewed Otto Preminger in 1972 for Labarthe, and one hopes that these rushes will also emerge at some point in some form.) The other two interviews are from 1965 and filmed in southern California — with Rouben Mamoulian in French and with Frank Capra, mainly in English, the latter shot with the assistance of John Cassavetes.

The book proper features an interview with Labarthe by Thierry Lounas, working notes on almost all of the completed and released programs (for some strange reason, Labarthe’s program on Sternberg from 1967 is omitted), and numerous photographs and contextual documents of various kinds. It’s a priceless guide to a major chapter in the history of French film criticism. [8/13/11]