From the Spring 1984 issue of Sight and Sound. This was the first time I attended the film festival in Rotterdam and the first time I encountered the work of Raul Ruiz. It’s sadly emblematic that the Jancsó TV miniseries, even though it wound up being shown on the BBC, is so forgotten and out of reach today that I can’t even find a satisfactory still for it on the Internet. — J.R. 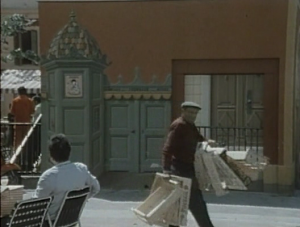 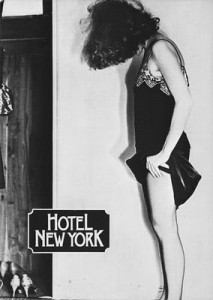 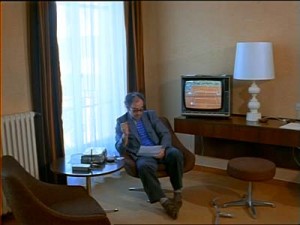 It’s a curious festival that can make young filmmakers like Henry Jaglom, Nicolas Roeg and John Sayles seem like commercial Hollywood directors. Devoted to the relatively unseeable and intractable independents across the globe whose work exists between the parentheses of an industry, Rotterdam has lasted for thirteen years, and under Hubert Bals’ inspired direction has this year added a market to amplify its already hefty fare. For an American who can hardly keep up with a Ruiz, Duras, Garrel or Jancsó without crossing the Atlantic, it was like stumbling into a forbidden forest of plenty, loaded with potential traps and unexpected rewards.

Among the more solid achievements this year was a nine-hour TV series by Miklós Jancsó, intriguingly titled Faustus Faustus Faustus. Billed as `excerpts, illustrations and variations’ from László Gyurokó’s The Blessed Descent to Hell of Dr Faustus and covering nearly half a century of Hunagrian political life (from the hero’s birth in 1927 to his death in 1973), this sensual if somber chronicle stuns first of all by being at once wholly Jancsó and wholly television, with no sense of compromise at either end.

Narrated by an offscreen Faustus who refers to the hero as `my protégé’, the series all but literalises the notion of caméra-stylo by floating from one detail to the next with the fluidity of writing. Mirrors, changes in lighting and focus and perpetual camera movements conspire to give the mise en scène a Wellesian rigour, with transitions between narration and dialogue and between background and foreground equally seamless and functional. One never regrets not seeing the images on a cinema screen, spectacular as they often are. Already subtitled in English, this masterwork seems a natural for the BBC, although one suspects that American TV is still too undeveloped to cope with its dimensions. 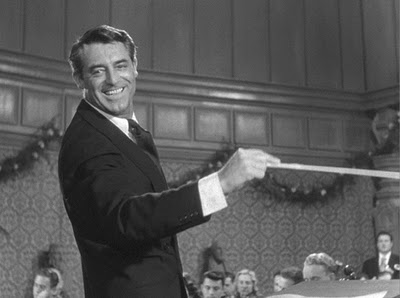 The presence in Rotterdam of Joseph Mankiewicz and two of his quirkier films (People Will Talk, The Honey Pot) added to the interest of Luc Béraud’s All About Mankiewicz, two hours of talk without clips. It’s in the second hour, when Mankiewicz is allowed free rein as a hollywood racounteur (rather than begrudging auteur to Michel Ciment’s Boswell) that his wit really shines. Room 666 adopts the minimalist strategy of planting each director in the same hotel room beside a TV set, alone, to respond to a pessimistic query from Wenders about the effacement of cinema by television. Whether by chance or design, the juxtaposition of silent video fare with directors — Godard with tennis, Fassbinder with cartoon cavemen, Antonioni with static — are delightfully apposite. For complex portraiture, however, Steve Dwoskin’s Shadows from Light, about still photographer Bill Brandt, was the most dialectical exchange between filmmaker and subject — a fascinating crossover whereby Dwoskin’s camera movements somehow manage to translate themselves into Brandt’s eerie forms of stasis.

If the new cinema needs to be outrageous, Sally Potter’s BFI production The Gold Diggers grandly fulfills that requirement by forging a feminist sci-fi musical extravaganza — with Babette Mangolte’s most impressive black and white cinematography to date — which has no obvious British precedent, apart from Potter’s own Thriller. Shown only in the Market, it has not yet found many defenders, yet its `work on the image’ alone deserves applause, and its ragtag anthology of avant-garde tropes — ranging from Richard Foreman’s theatre work to Welles’ The Trial (with odd near-echoes of The 5000 Fingers of Dr. T) — remains consistently fresh and unpredictable. As graceful costars, Colette Lafont and Julie Christie merge into the dense allegorical/alchemical tapestry with scarcely a ripple. 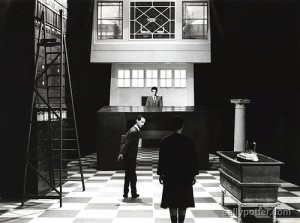 For powerfully framed visuals, The Gold Diggers was certainly rivalled by the paintbox pyrotechnics of Raúl Ruiz’s splendid La Ville des Pirates — a breathtaking surrealist nightmare that crossbreeds Walt Disney and Gothic 1950s melodramas — and certain emotive closeups of Maurice Garrel, Emmanuelle Riva, and Christine Boisson in Philippe Garrel’s black and white Liberté, la Nuit, a noble if mannered attempt by Garrel to convert his brand of romantic poetry into haunted newsreel prose about childhood memories of France during the Algerian war, memorably assisted by a solo piano.

Seeing a double-system projection of a workprint of a poorly acted feature shot with damaged stock is hardly anyone’s idea of a jolly time. But if Ruiz’s Point de Fuite — his seventh film in  the past year — still carries a perverse fascination, this is partly because of the way it wears its shoddiness like a crown. Oscillating between half a dozen languages, mainly atonal English and monotonal French, it drives one slightly batty with its portentous gambling metaphor (poker games between three variously bandaged men), its seemingly irrelevant jazz drums on the soundtrack, and the capacity of each line reading to make the petulant dialogue (someone’s ex-wife left the US `because she couldn’t stand the chicken there’) sound even less likely than it reads. 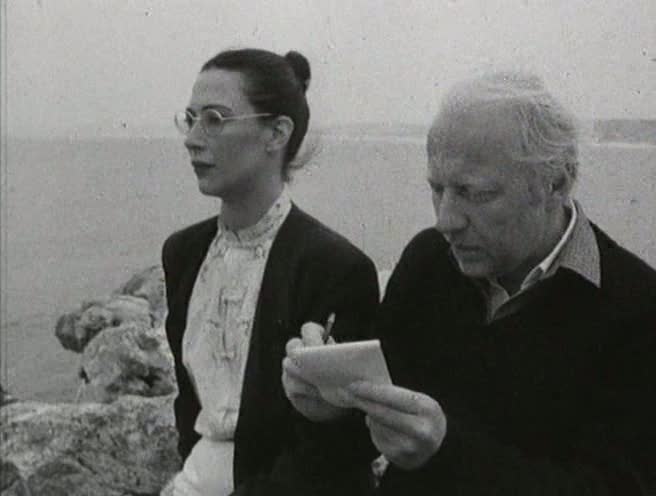 Shot just after La Ville des Pirates [see two stills below], on the same Portuguese island, it reportedly rose in part out of a dare that Ruiz surpass Fassbinder’s record of shooting seventy-odd camera set-ups nonstop; without bothering about retakes, Ruiz inched that record into the eighties. Cinema in spite of everything, because of everything: working worlds apart from Jancsó, Ruiz exhibits a comparable talent for renewal that ultimately enhances the bad work along with the brilliant. Like Godard during most of the 60s and Rivette during much of the 70s, he simply can do no wrong. 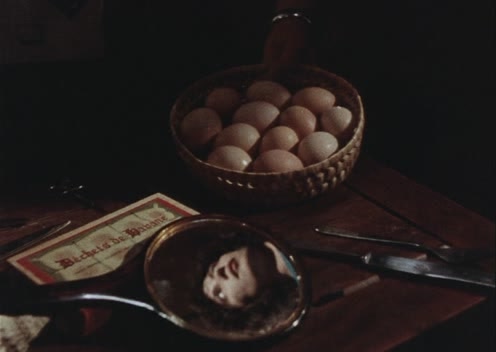 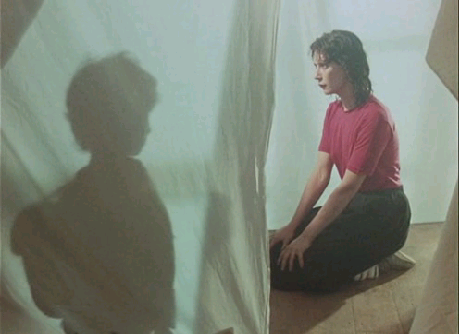