How to Get Ahead in Espionage [THE SENTINEL] 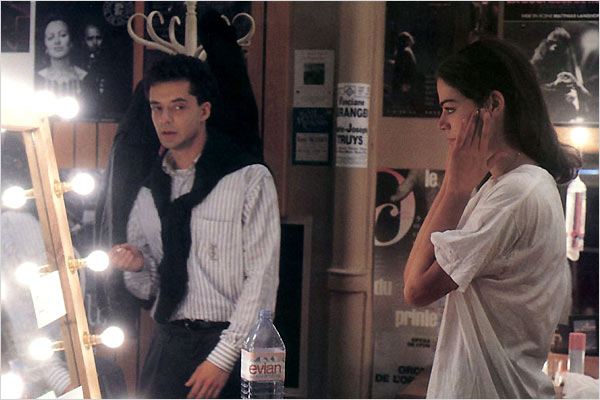 Anyone who saw the three-hour My Sex Life…or How I Got Into an Argument (1997) when it showed at the Film Center last year knows that, for better and for worse, writer-director Arnaud Desplechin, born in 1960, has a generational voice, speaking for and about French yuppies in their late 20s and early 30s. The same is true of his only previous feature, The Sentinel (1992), an eerie 139-minute espionage thriller that has been accruing a cult reputation here and abroad (it’s playing this week as part of Facets Multimedia’s New French Cinema Film Festival). My Sex Life, for all its virtues, was a bit conventional and bland, but The Sentinel is genuinely crazy and a lot more interesting, mainly because it has a meatier subject: the end of the cold war and what this means to French yuppies.

“French yuppies” sounds condescending, but a lot more than the Atlantic Ocean separates Americans from the worldview of the French.… Read more »

Global Discoveries on DVD: Some Blessings and Curses of Cinephilia

Since I don’t have much investment in parsing Arnaud Desplechin’s arsenal of “personal” references, I had to look elsewhere for the intermittent pleasures of Ismaël’s Ghosts (2017), available on a two-disc Blu-ray from Arrow Films. I often find myself so hard put to navigate Desplechin’s multiple allusions to and borrowings from Philip Roth and Woody Allen (for me, the most overrated and least interesting members of his overstuffed pantheon), much less those from James Joyce, Alfred Hitchcock, Norman Mailer, and Alain Resnais, that I have to forsake any sustained effort to rationalize how these and countless other figures could all belong to the same curious tribe of role models. Maybe this is because Desplechin appears to regard these touchstones as sacred talismans more than as meaningful or helpful artistic influences. Apart from naming László Szabó and Louis Garrel’s characters “Bloom” and “Dedalus,” respectively, it’s difficult to determine how much he’s actually learned or adapted from Ulysses—and when he combines nods to both Ulysses and Vertigo (1958) in the name of Marion Cotillard’s character “Carlotta Bloom,” the whole thing begins to seem like the silliest kind of fool’s game. As for Ismaël himself (Mathieu Amalric), is his name supposed to start us thinking about Moby-Dick, the Bible, or maybe both?… Read more »