This appeared in the May 21, 1993 issue of the Chicago Reader.  Although the YouTube link given below no longer works, I can happily report that it’s out now on DVD. — J.R. 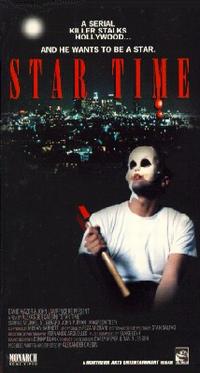 Directed and written by Alexander Cassini

I doubt that any current media buzz term is more ideologically polluted than “family values.” Even its alternative, “suitable for the whole family,” doesn’t contain the same puritanical lies. The egregious false assumptions built into this phrase as it’s now used are breathtaking: that families are all alike when it comes to their values; that these shared values are somehow independent of — and therefore free of — the sex and violence purveyed by Hollywood movies (“sex and violence” invariably viewed as an irreducible entity that also mysteriously includes profanity); and that, because they eschew sex and violence, “family values” are uniformly good and healthy. These assumptions seem predicated on the notion that everything bad that happens in society necessarily occurs outside the home, on the streets. Never mind that statistics show that an inordinate amount of lethal violence occurs during national holidays, in homes, between family members; this is factored out of the discussion along with the inconvenient fact that babies (and therefore families) are generated by sex, not storks.

A phrase like “family values” seems intended to help promulgate the cherished belief that family life invariably provides a refuge from the brutality and cruelty of corporate capitalism. But given the pivotal and semiparental role television plays in American family life, it’s hard to know how such a separation can be maintained — unless one assumes, as many apparently do, that television exists to promote “family values” rather than corporate capitalism.

One of the most appealing things about Star Time — an eerie independent American feature that satirizes some of these notions about “family values” and television (showing only at midnight on Friday and Saturday this week and next at the Music Box) — is that it hasn’t been discovered yet. In the world of Entertainment Tonight it doesn’t exist, and it’s hard to imagine it ever will. Moreover, unlike most offbeat features, it hasn’t yet been previewed or “passed for approval” by the tastemakers in New York, and to the best of my knowledge has been shown at only one film festival, in Washington, D.C., last year. Apart from some recent midnight screenings at the Nuart in Los Angeles, it may not have received any other public screenings. 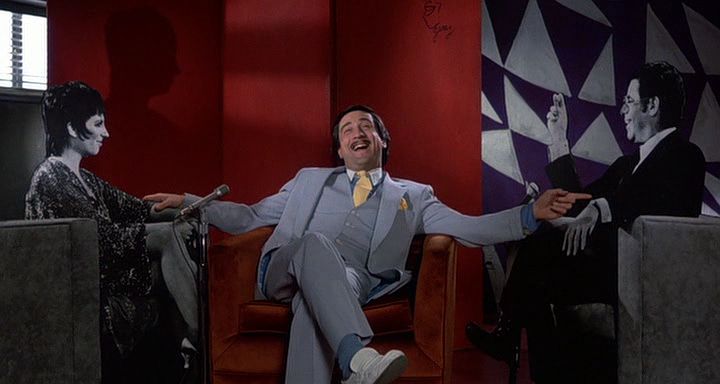 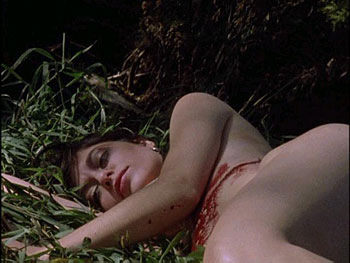 Thematically, Star Time crosses The King of Comedy with Henry: Portrait of a Serial Killer and unexpectedly shows what these two pictures have in common. Stylistically, it’s somewhat less assured than either, but this undoubtedly stems in part from the fact that it doesn’t try for a realistic narrative. (Even the fantasy premises it sets up are occasionally violated; at one weird and wonderful moment worthy of Eraserhead, a certified corpse suddenly slaps a live character on the jaw, and no explanation is ever offered.) As reviewer Hal Hinson noted in the Washington Post, writer-director-producer Alexander Cassini “seems to be making up the rules for his fantasy-reality games as he goes along” — a practice that’s hard to defend according to conventional aesthetics, but that makes this movie a lot more enjoyable as a transgressive midnight offering.

From The King of Comedy comes the substitution of TV for family — in loco parentis with a vengeance. From Henry comes a kind of reverse oedipal scenario built around a serial killer (also named Henry) who in effect feels driven to murder his mother and marry his father. (In both Henry and Star Time the “married” father is essentially the partner in crime who initiates the hero into certain dark mysteries, while the murdered “mother” represents law-abiding domesticity.) What these three pictures mainly have in common is a kind of desperate, all-American infantilism that involves a search for an ideal family through violent means; these are perceived as the only means available — inadequate, even creepy and horrific, but all that we’ve got. All three pictures, in short, are about “family values” as they’re sometimes experienced in this culture, but not as we like to imagine them.

It seems significant that Star Time is showing only at midnight at the Music Box, while Man Bites Dog, which also deals with the media’s gleeful encouragement and validation of a mass murderer, is showing at the same theater at the usual times. Ordinarily one might assume this is because the midnight movie displays graphic violence and the “normal” movie doesn’t, but in this case the reverse is true. 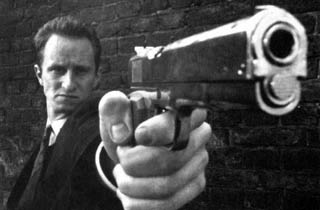 One reason for this state of affairs may be that ever since The Silence of the Lambs the media’s validation of serial killers as role models and gory violence as “serious” entertainment has become a mainstream commonplace, complete with Oscar sanction and even the Village Voice‘s feminist seal of approval. In theory Man Bites Dog makes the same point as Star Time about serial killers and violence, but a central part of its appeal is nearly identical to that of more conventional serial-killer movies, Henry included: being able to watch a great deal of gory mayhem, which, in keeping with our precious puritanical heritage, is ultimately more enhanced than contradicted by troubled reflections about this spectator sport. Man Bites Dog goes out of its way to rub our noses in this nasty irony, but the fact remains that if it had simply eliminated the bloodbaths it wouldn’t have received a fraction of the attention, controversy, and acclaim it has. (A similar critique has been made of Unforgiven, this year’s Oscar-winning bloodfest.) 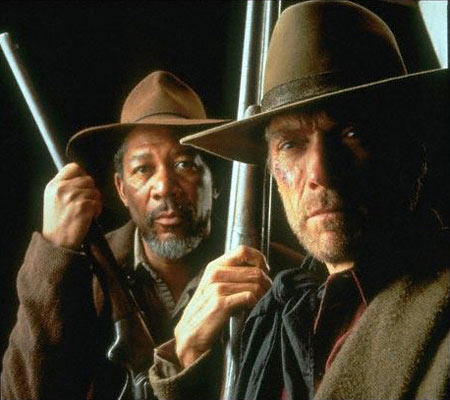 The more subversive approach to this material is not only to challenge the position of The Silence of the Lambs, as Man Bites Dog does — to show serial killers as something less than heroes, inferior to the rest of us, and downright immature rather than wise — but also to elide the actual violence, as Star Time does. This means daring to disappoint the expectations of slasher buffs rather than giving them a surfeit of what they came for (which is probably impossible anyway; today’s excess is merely tomorrow’s threshold). In short, Star Time refuses to play the game of gore at all. No wonder it has to be shown at midnight.

Worse yet, Star Time proceeds allegorically, like an art film, and symbolically, like a dream. The same could be said of Batman and Batman Returns, but what makes this movie a truly maverick expression — not only unfashionable but unauthorized in relation to other current offerings — is that its pretensions aren’t backed up by stars and elaborate production values. All it has going for itself is taste, imagination, and intelligence. Once upon a time there was a semirespectable tradition of low-budget pretentious movies of this kind, but the major studios, wanting to make big-budget pretentious movies the only game in town, have pretty well succeeded in wiping out the alternative form, at least from commercial screens. Star Time has managed to sneak past the multinational thought police only by being programmed at midnight in a few independent theaters.

Henry Pinkle (Michael St. Gerard), a disturbed young man who lives alone, has only two things of any importance in his life — a weekly TV sitcom called The Robertson Family and a social-worker friend named Wendy (Maureen Teefy). When the TV show is canceled, he’s so bereft he decides to kill himself, videotaping a suicide note that he leaves for Wendy.

Just as Henry is about to jump from a rooftop, a man who calls himself Sam Bones (John P. Ryan) appears and talks him out of it, persuading him that he can be a “winner,” a star, instead. All he has to do is become a mass murderer. It’s deliberately left ambiguous whether Sam Bones is Henry’s alter ego (as his vaudevillian surname half implies), his guardian angel, his agent, his producer, or some other guiding deity; all we know for sure is that he represents show business and has a studio archive of his own — a dark, cathedrallike chamber of TV monitors where Henry’s exploits can be reviewed, analyzed, and reorganized for optimum effect.

Sam emits a loony ideological blend of communism and corporate capitalism — whistling the “Internationale” and proclaiming, “From each according to his abilities, to each according to his needs,” yet calling for a credo “of the people, by the people, for the people.” Donning a baby-face mask, Henry is sent off to kill people at random, thereby achieving media stardom and a good crack at what Sam calls the cosmic lottery. As Sam tells him, “You’re in a position of responsibility now. The health of an economy depends on you. Without you, Henry, without your inspiration to the networks, the magazines, the media, they will have nothing worthwhile to put on the air. And with nothing worthwhile on the air, no one would watch. And if no one watches, there will be no advertising. And if there’s no advertising, things won’t get sold. It’s the end of society as we know it.”

To top things off, Sam even has a semimystical slogan that he uses to seduce his protege, en famille, French for “in the family”; it’s pretty clear from the outset that Sam and Wendy are rival parental figures. As soon as Wendy discovers that Henry hasn’t killed himself after all, she becomes an implicit threat to Sam’s project and authority and therefore a potential victim.

Apart from a few goofy flourishes, this is basically what Star Time consists of. It isn’t very profound or nuanced as analysis; its insights are more a manner of poetics than polemics. But to find poetics at all in this branch of filmmaking is reason enough to pay attention. I don’t know who writer-director-producer Alexander Cassini is, though the final credits inform me that the wailing saxophone solo in the title tune is his, and he also appears as one of the TV anchormen. I’d love to see what he does next — assuming that he gets another chance, which seems highly unlikely.

Mr. Rosenbaum,
I tried looking up a trailer for Star Time (1992) after reading your review, which you reposted this week on your site. Incredibly, there appeared to be no trailer, no scenes, no reviews, no presence of the movie on YouTube whatsoever.
I finally tried a search of the title and the phrase “baby mask killer”, which turned up the entire film at the link below.
It’s not a great quality upload (360p) and not sure if this is useful to you, but it’s free and unaltered.
https://www.youtube.com/watch?v=_5Nt3ExTOaE
– Dan