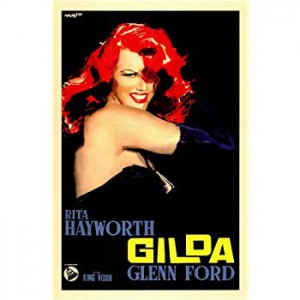 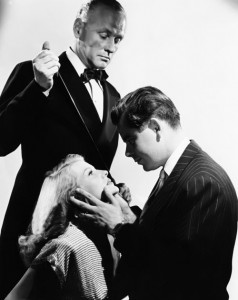 André Bazin reportedly once hypothesized that if Hollywood were the court of Versailles, Gilda (1946) would have been its Phedre — which may just be a fancy way of pointing out the enduring greatness of a campy melodrama that, from certain points of view, isn’t even very good. Directed by Charles Vidor, memorably shot by Rudolph Maté, and written by Marion Parsonnet, it’s set in a highly fanciful Buenos Aires (with mountains), where a professional gambler (Glenn Ford) goes to work for a casino owner (George Macready) who then marries the gambler’s old flame (Rita Hayworth), thereby setting off the sickest and weirdest bout of repressed love and hatred (both hetero- and bisexual) you ever saw. And Hayworth, whether she’s performing “Put the Blame on Mame” (dubbed by Anita Ellis) or just being her glamorous self, was never more magnificent. With Joseph Calleia and Steve Geray. 110 min. (JR) 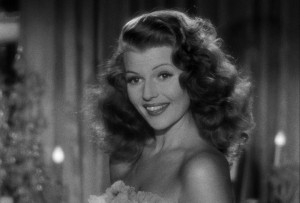 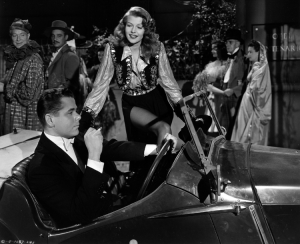