The Story of the Last Chrysanthemums

From the Chicago Reader (February 21, 1997). It’s worth noting that Japanese doesn’t distinguish between singular and plural, so that the film is also known as The Story of the Last Chrysanthemum, which is an equally accurate translation. – J. R. 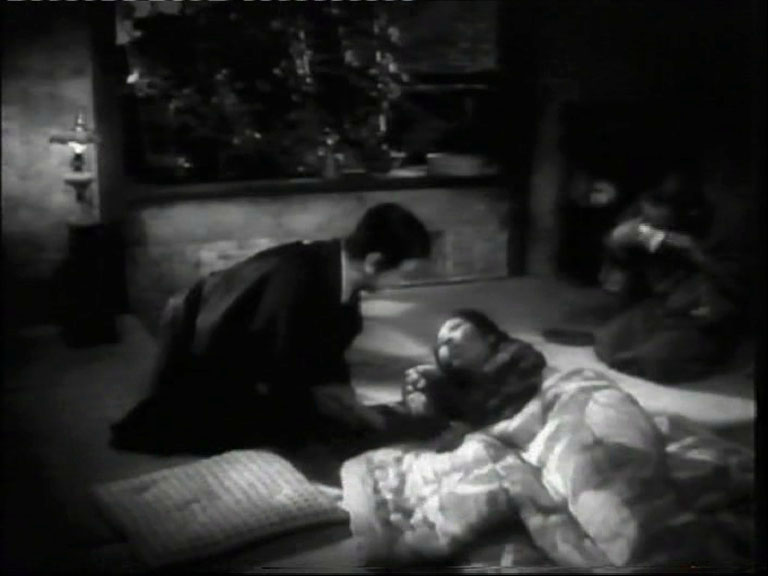 Though not the best known of Kenji Mizoguchi’s period masterpieces, this 1939 feature is conceivably the greatest. (For me the only other contender is Sansho the Bailiff.) The plot, which oddly resembles that of There’s No Business Like Show Business, concerns the rebellious son of a theatrical family devoted to Kabuki who leaves home for many years, perfects his art, aided by a working-class woman who loves him, and eventually returns. Apart from the highly charged and adroitly edited Kabuki sequences, the film is mainly constructed in extremely long takes, and an intricate rhyme structure between two time periods is developed by matching camera angles in the same locations. Never before or since (apart from The 47 Ronin) has Mizoguchi’s refusal to use close-ups been more telling, and the theme of female sacrifice that informs most of his major works is given a singular resonance and complexity here. Demonstrating an uncanny mastery of framing and camera movement, the film also has a complexity of characterization that’s shown with sublime economy.… Read more »