“Nirvana” is a word that comes from Sanskrit, the Reader’s Encyclopedia informs me, meaning “blowing out, extinction”; in Buddhist teaching it refers to “a complete annihilation of the 3 main ego-drives, for money, fame, and immortality.”

Bernardo Bertolucci has said that his aim in Little Buddha is low-key. Of the third film in his self-described orientalist trilogy, following The Last Emperor (1987) and The Sheltering Sky (1990), he says, “My hope is to open the eyes for a glimpse of something, my hope is to trigger a curiosity about something. I can’t teach or ask anything more than just for others to participate in my emotional discovery of Buddhism.” But Little Buddha is a multimillion-dollar project designed to make money and to exploit and perpetuate Bertolucci’s fame while catering to the viewer’s desire for immortality. So it shouldn’t come as any surprise that nirvana, one of the cornerstones of Buddhist thought, plays a reduced role in Bertolucci’s “emotional discovery,” whereas reincarnation as a means of immortality plays a major role.

Bertolucci has been grappling with contradictions of this sort ever since the 1977 1900, when he tried to sell communism to the masses with Hollywood-ish, Gone With the Wind trappings. Before that he’d deliberately turned away from the art cinema that nourished his best early features, the still exciting Before the Revolution (1964) and The Spider’s Strategem (1970), to direct the highly profitable, highly influential retro fashion show The Conformist (1970) and the psychosexual melodrama Last Tango in Paris (1972). Ever since his neglected but interesting Tragedy of a Ridiculous Man (1981), he’s steered clear of contemporary Italy. And the spiritual quest, expressed in terms of exotic spectacle, that has dominated his work since The Last Emperor has been progressively stripped of the social and sexual preoccupations that initially gave this search some continuity with his early art-cinema features; the social concerns were pared away in The Sheltering Sky, and the sexual concerns are nowhere in evidence in Little Buddha. 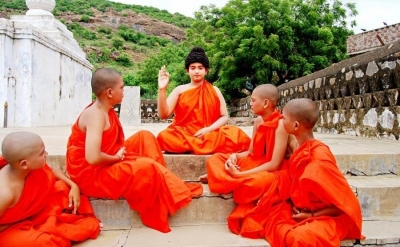 What remains is the exotic spectacle, which in the case of Little Buddha is tied to a simple didactic aim. To teach children about such things is noble in theory, and one can certainly grasp what Bertolucci had in mind: he has cited as conscious models Indian fantasy musicals and Michael Powell’s 1940 The Thief of Bagdad; Akira Kurosawa’s Dreams and Fritz Lang’s The Tiger of Eschnapur and The Indian Tomb also come to mind as partial precedents. But given Bertolucci’s market value, which is based on the adult sexual, social, and psychological themes of his earlier work, how many children are likely to see Little Buddha — much less prefer it to Aladdin or Ace Ventura: Pet Detective? And what are these children likely to take away from the film about Buddhism?

Beginning with the words “Once upon a time,” Little Buddha offers not one but two stories, the second placed within and threaded through the first. The framing story, inspired by real events, is contemporary and set successively in Bhutan, Seattle, the Kathmandu Valley, the Terai lowlands of Nepal, then Bhutan and Seattle again. The second story is set 2,500 years ago: it follows the life of Siddhartha from the time of his birth to the point at which he became the Buddha (played from early manhood onward by Keanu Reeves). 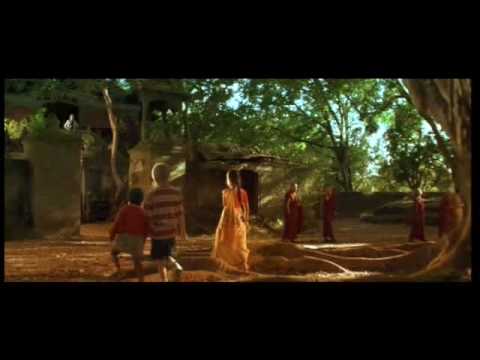 If Bertolucci had restricted himself to Siddhartha’s story he would have remained on solid ground, at least as a storyteller, for the interpolated religious tale is far and away the best thing in the movie, full of enchantment and wonder. And obviously that story is not dependent on Bertolucci’s own invention the way the problematic present-day story is. Awkwardly, he tries to recount that tale with the same simplicity and directness, yet is hampered throughout by a cookie-cutter mentality — an attempt to sculpt a narrative container for Siddhartha’s story that has contemporary relevance. But since the relevance is vague and underdefined, the contemporary plot is likely to send children as well as adults into the lobby for popcorn.

The contemporary story begins in Bhutan when Lama Norbu (Ying Ruocheng) receives a message that the Dalai Lama — his former teacher, now deceased — has apparently been found, reincarnated as a little boy in Seattle. After Lama Norbu flies there, his attendant Champa (Jigme Kunsang) explains that he found the boy by means of a dream. The empty site he dreamed about proved to be a real one in Seattle where a house was subsequently built by an engineer named Dean Konrad (Chris Isaak); not long afterward a boy was born to the engineer and his wife, Lisa (Bridget Fonda).

Lama Norbu and Champa visit the family and gingerly express their belief about the boy, Jesse (Alex Wiesendanger), then present him with an illustrated book recounting the story of Siddhartha. (It’s when Lisa, Lama Norbu, and Jesse on separate occasions read aloud from the book that the second story unfolds.) Lama Norbu proposes bringing Jesse and his parents to Bhutan to test their hypothesis — with a side trip to Kathmandu, where another possible candidate for the reincarnation of the Dalai Lama has been found. Dean curtly refuses, but when his business partner commits suicide and his own life is at a financial and spiritual crossroads, he decides to take the trip with Jesse, leaving Lisa behind. It’s at this point — for me, at any rate — that the contemporary story begins to fall apart, because neither Dean’s former partner (who never appears in the film) nor Dean himself has registered fully as a character; moreover the sketchy plot implies that their financial and spiritual crises are interchangeable. Perhaps the spiritual guides of Miramax, who decreed that about a quarter hour be cut from the 134-minute version that played in Europe, or Bertolucci himself figured that the only spiritual crises Americans understand are financial in origin anyway.

Once Lama Norbu, Champa, Dean, and Jesse are in Kathmandu they meet Raju (Raju Ial), the Nepalese boy who is the other candidate, and learn about a third candidate. This is a girl named Gita (Greishma Makar Singh) who lives in the Terai lowlands of Nepal, beside the garden and tree where Siddhartha achieved the illumination that led to the founding of Buddhism. When they all travel to this spot, the two stories magically merge, and the three children and Siddhartha appear in the same shots, beside the same tree in the same garden. It’s a beautiful sequence — the best thing in the movie — and when Bertolucci has to follow it up with an elaborate resolution of the contemporary story, in Bhutan and Seattle, the effect is both strained and anticlimactic. 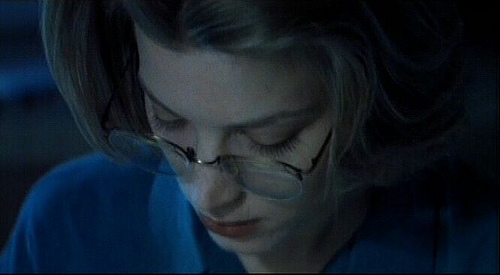 The elaborate color coding of the two locales — Antonioni frozen blue for Seattle, Bertolucci burnt orange and burnished yellow for Nepal and Bhutan — can’t compensate for the tinny, forced narratives taking place within them. Though the automatic friendships formed between Jesse, Raju, and Gita intermittently recall the alliances made between the superhuman characters in Olaf Stapledon’s SF novel Odd John, the encounters in Little Buddha have none of the warmth and detailed interaction that make the 1935 novel moving. Like so many other passing details in the framing narrative, they seem plotted on a graph rather than integrated with Siddhartha’s story. But now that Miramax belongs to Disney, maybe the top brass of both companies can put their heads together and get Bertolucci to edit his picture once again, eliminating all the contemporary story and pairing the hour or so of the Siddhartha story that remains with an animated-cartoon featurette. That way, the captivating children’s movie about Buddhism that Bertolucci had in mind would have a fighting chance of reaching its intended audience, and the rest of us would be spared all the coconut oil and cholesterol. 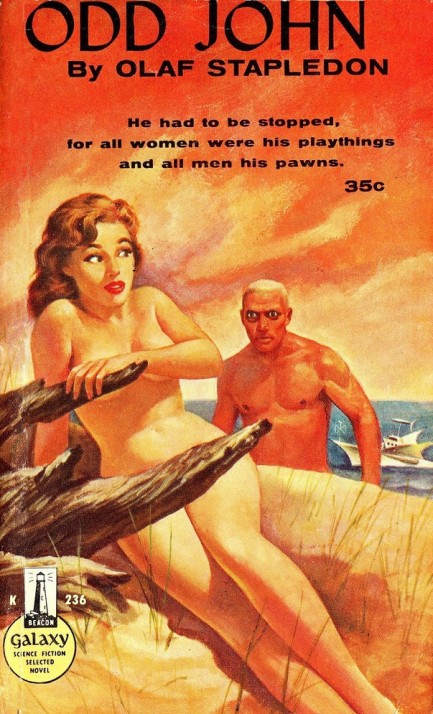