From the Chicago Reader (October 12, 2017). In the forthcoming Criterion Blu-Ray of this film, coming out in about three weeks, it’s refreshing to hear in Claire Denis’ and Juliette Binoche’s interviews about the film that they also consider it a sort of comedy. — J.R.

Let the Sunshine In (a stupid and misleading translation of the French title, Un beau soleil intérieur) 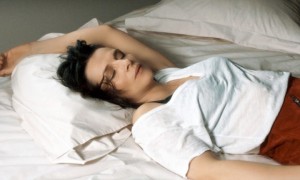 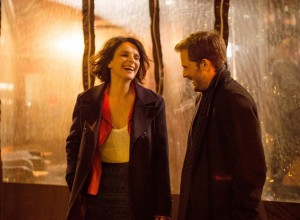 Loosely inspired by Roland Barthes’ nonfiction book A Lover’s Discourse: Fragments – which dives into the absurd language of solitude and mythology that lovers and would-be lovers recite to themselves and others — this rapturous and faintly comic concerto for Juliette Binoche may well be the most pleasurable and original film Claire Denis has made since Beau Travail (1999). Binoche plays a divorced painter whom Denis pairs sexually, amorously, and/or tentatively with a succession of men played by everyone from Xavier Beauvois to Alex Descas to Gerard Depardieu. The filmmaker’s skill in framing her protagonist’s various trysts, moods, and dialogues, sometimes even setting them to music, is matchless. Novelist Christine Angot collaborated with Denis on the script. –- Jonathan Rosenbaum 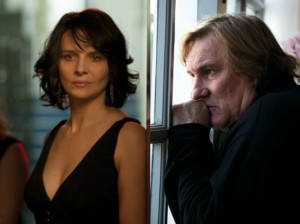 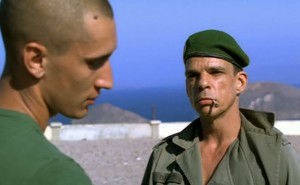 A gorgeous mirage of a movie, Claire Denis’ reverie about the French foreign legion in eastern Africa (1999, 90 min.), suggested by Herman Melville’s Billy Budd, Foretopman, benefits especially from having been choreographed (by Bernardo Montet, who also plays one of the legionnaires). Combined with Denis’ superb eye for settings, Agnes Godard’s cinematography, and the director’s decision to treat major and minor elements as equally important, this turns some of the military maneuvers and exercises into thrilling pieces of filmmaking that surpass even Full Metal Jacket and converts some sequences in a disco into vibrant punctuations. The story, which drifts by in memory fragments, is told from the perspective of a solitary former sergeant (Denis Lavant, star of The Lovers on the Bridge) now living in Marseilles and recalling his hatred for a popular recruit (Gregoire Colin) that led to the sergeant’s discharge; the fact that his superior is named after the hero of Jean-Luc Godard’s Le petit soldat and played by the same actor almost 40 years later (Michel Subor) adds a suggestive thread, as do the passages from Benjamin Britten’s opera Billy Budd. Most of all, Denis, who spent part of her childhood in Djibouti, captures the poetry and atmosphereand, more subtly, the women of Africa like few filmmakers before her.… Read more »