This appeared in the May 28, 2004 issue of Chicago Reader. Coffee and Cigarettes, incidentally, proved to be one of the surprise hits of Jarmusch’s career — not as commercially successful as the subsequent Broken Flowers (though I prefer it to that), but more popular than anticipated. The overhead shots of expresso cups in a more recent Jamusch feature, The Limits of Control, recall those in Coffee and Cigarettes — providing even more of a contrast with some of the weird, transgressive, and uncharacteristic camera angles in the more recent film, starting with the very first shot. (Note: the first photograph below is by Jean-Daniel Beley, who has requested a credit.)—J.R. 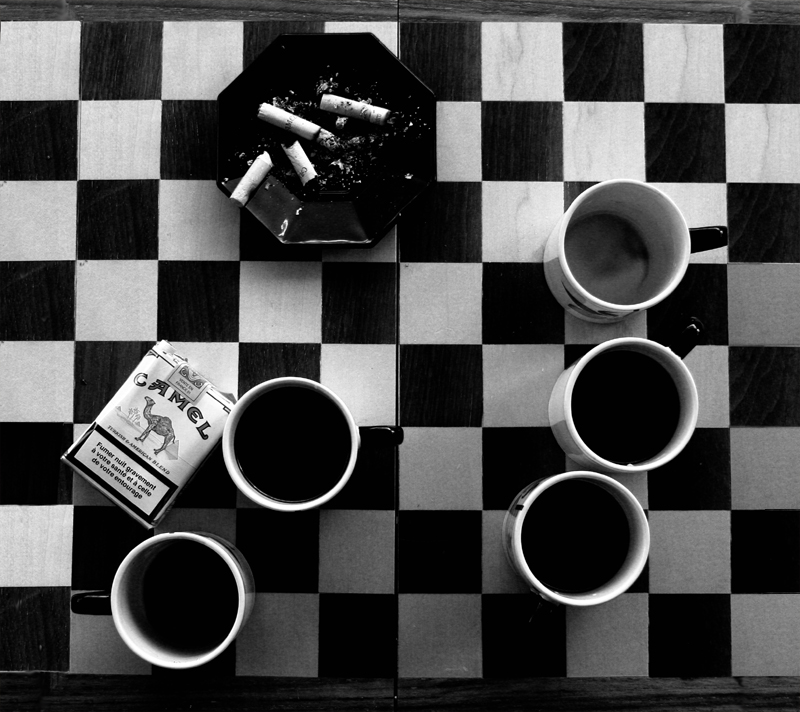 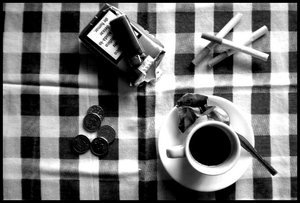 At first Jim Jarmusch’s Coffee and Cigarettes, made over a span of 17 years, looks like a departure for him. It consists of 11 entertaining, mainly comic short films in black and white that show people mainly sitting around in coffeehouses mainly drinking coffee, mainly smoking cigarettes, and mainly talking.… Read more »

Global Discoveries on DVD: A Few Items That You May Not Know About

From the Spring 2012 issue of Cinema Scope. Some of the facts here may be out of date, so prospective customers should proceed with caution. — J.R. The arrival on DVD of Jean-Pierre Gorin’s three solo features — Poto and Cabengo (1980), Routine Pleasures (1986), and My Crasy Life (1992) — has been long overdue, and it’s possible that part of the delay can be attributed to how unclassifiable and original these nonfiction films really are. The first of these has something to do with young twin sisters who were believed to have developed a private language between them, the second has something to do with both Manny Farber (as both a painter and a film critic) and a group of model train fans, and the third has something to do with the members of a Samoan street gang. But apart from Gorin’s presence and (quite diverse) Southern California settings, they’re very hard to describe or encapsulate, much less generalize about as a “trilogy” in any ordinary sense, which is part of their enduring fascination. (The same is true, mutatis mutandis, of Chris Marker’s Sans soleil [1982], which roams freely across the planet, already available with La jetée [1962] on a Criterion DVD and now out on a Criterion Blu-ray with the same materials — including terrific monologues by Gorin about both films that show how finely attuned he is to their special qualities, both as a friend of Marker and as a film essayist in his own right.) Criterion’s Eclipse has now issued all three as its 31st package, but in a refreshing departure from its usual “no-frills” format, this set includes three essays by Kent Jones — a longer one included with Poto and Cabengo about all three films, and shorter pieces with and about the other two — that are thoughtful explorations and meditations in their own right.… Read more »

Practically speaking, we should invent our own extras, not necessarily or invariably depend on those that are made on our behalf. To cite four examples of what I mean: a) According to normal usage, Icarus Film’s DVD of Frédéric Choffat and Vincent Lowy’s 44-minute Marcel Ophüls and Jean-Luc Godard: The Meeting in St-Gervais contains no extras. But according to my own usage, this DVD itself functions as an extra to a 100-page book that I own, Dialogue sur le cinéma: Jean-Luc Godard & Marcel Ophüls, published by Le Bord de l’Eau in 2011. That book — which is prefaced by short essays by Lowy and André Gazut and concludes with Daniel Cohn-Bendit’s essay for Le Monde, “Mon ami Godard” — transcribes two encounters between Godard and Ophüls held in 2002 and 2009 (the first of these focusing more on Marcel’s father Max), whereas the DVD includes most (but not all) of the second of these dialogues, and somehow manages to leave out some of the more interesting parts, either through cuts or incomplete subtitles. Which doesn’t mean that the Icarus release isn’t worth having, only that its contents are worth contextualizing beyond the material offered by Icarus.… Read more »