Seeing this 1968 masterpiece in 70-millimeter, digitally restored and with remastered sound, provides an ideal opportunity to rediscover this mind-blowing myth of origin as it was meant to be seen and heard, an experience no video setup, no matter how elaborate, could ever begin to approach. The film remains threatening to contemporary studiothink in many important ways: Its special effects are used so seamlessly as part of an overall artistic strategy that, as critic Annette Michelson has pointed out, they don’t even register as such. Dialogue plays a minimal role, yet the plot encompasses the history of mankind (a province of SF visionary Olaf Stapledon, who inspired Kubrick’s cowriter, Arthur C. Clarke). And, like its flagrantly underrated companion piece, A.I. Artificial Intelligence, it meditates at length on the complex relationship between humanity and technology — not only the human qualities that we ascribe to machines but also the programming we knowingly or unknowingly submit to. The film’s projections of the cold war and antiquated product placements may look quaint now, but the poetry is as hard-edged and full of wonder as ever. 139 min. (JR) 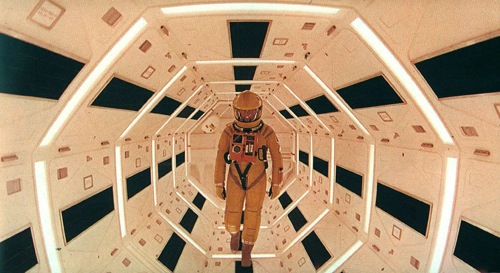 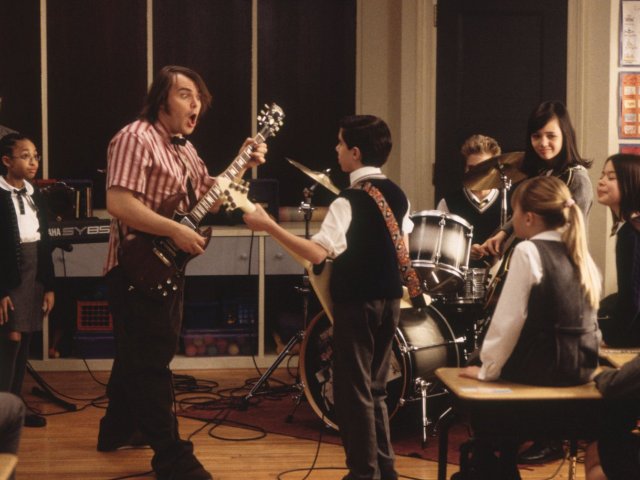 Broadly speaking, this is Richard Linklater’s French Cancan – that is to say, a humanist’s joyful exploration of the musical in which the actors’ personalities resonate as much as the characters they play. Or maybe it’s what Jean Renoir might have come up with if he’d remade Don’t Knock the Rock and cast 12-year-olds as the musicians. Though this seems like a personal film, Linklater was hired to direct a cannily commercial script by Mike White, about a rock ‘n’ roll loser (Jack Black) who, fired from his job and his band, impersonates his wimpy substitute-teacher roommate (White) to land a teaching position at an upscale elementary school. This infantile character hasn’t got a thought in his head except for rock music, but somehow he becomes a model teacher, and through stealth and sheer perseverance he turns his fifth-grade class into an inspired gang of rockers. The kids, all real musicians performing, are wonderful, and so is Black; Joan Cusack is both charming and funny as the principal. 108 min. Century 12 and CineArts 6, Chatham 14, City North 14, Crown Village 18, Ford City, Gardens 1-6, Gardens 7-13, Lawndale, Lincoln Village, Norridge, North Riverside, 600 N.… Read more »