Precious Leftovers (THE GLEANERS AND I) 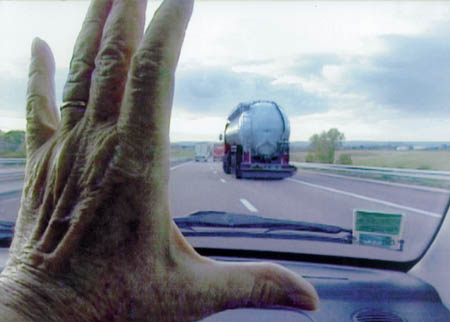 The Gleaners and I

Directed and narrated by Agnes Varda.

Documentaries are a discipline that teaches modesty. — Agnes Varda, quoted in the press notes for The Gleaners and I 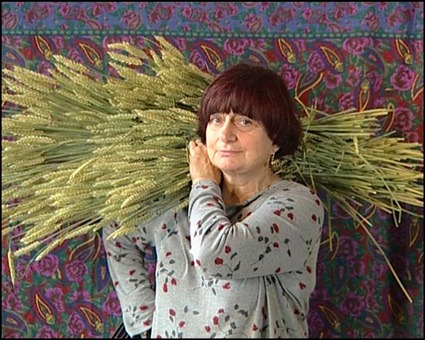 There’s a suggestive discrepancy between the French and English titles of this wonderful essay film completed by Agnes Varda last year. It’s a distinction that tells us something about the French sense of community and the Anglo-American sense of individuality — concepts that are virtually built into the two languages. Les glaneurs et la glaneuse can be roughly translated as “the gleaners and the female gleaner,” with the plural noun masculine only in the sense that all French nouns are either masculine or feminine. The Gleaners and I sets up an implicit opposition between “people who glean” and the filmmaker, whereas Les glaneurs et la glaneuse links them, asserting that she’s one of them.

Gleaners gather up the leftovers of edible crops — grain, fruit, vegetables — after the harvesters are finished with their work. Varda la glaneuse films what other filmmakers have left behind after their harvesting. The link between the two activities is made graphic at one point when Varda gleans a potato with one hand while filming it with the other.… Read more »

Thinking Inside the Box [THE KING IS ALIVE]

The King Is Alive 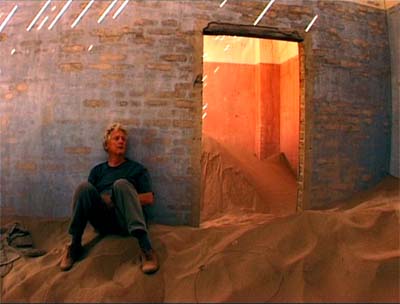 The King Is Alive, directed and cowritten by Kristian Levring, is the fourth film to have the dubious honor of qualifying for certification under the rules of the Dogma 95 manifesto, whose professed aim is to get back to the basics of realism — shooting, for example, in natural locations with handheld cameras, direct sound, and natural lighting. But what’s basic or realistic and what isn’t, in terms of film history and technique? The manifesto also insists that movies be shot in color, a rather ahistorical reading of what’s basic — unless one labels all possible uses of color in film realistic and all possible uses of black and white artificial.

If that’s the operative assumption, The King Is Alive triumphantly refutes it. The movie was shot with three digital video cameras — unlike Thomas Vinterberg’s Dogma film The Celebration, which was shot with only one, and Lars von Trier’s Dancer in the Dark (not a Dogma film, but made by one of Dogma’s founders), which was shot with a hundred — and that might make it seem new as well as passé.… Read more »