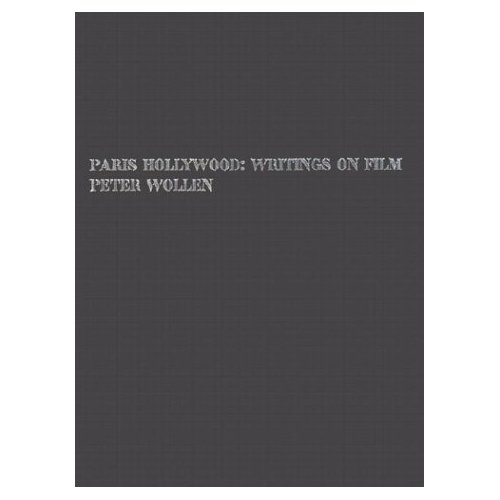 One of the more interesting paradoxes of Peter Wollen’s writing career is that he was perceived as an academic well before he had a long-term teaching post whereas today, with a seemingly permanent berth in the critical studies program at UCLA’s film department, he’s more apt to come across as a journalist. Part of this has to do with the magazines he writes for, though it might be added that for better and for worse — and more for the better — there’s always been a breezy, nonpedantic side to his writing that makes it far more accessible and user-friendly than the work of many of his more theoretically-minded colleagues. Paris Hollywood, his latest collection, is an agreeable showcase for this quality — more so, in many ways, than Readings and Writings (1982) and Raiding the Icebox (1993).

There are, to be sure, some scholarly limitations to Wollen’s lightness of tone, at least when he falls too readily into certain easy generalizations. It may sound reasonable to write of Godard’s early work (in “JLG,” one of the better essays here), “He never once worked with a script-writer,” but only if one glides past the roles of Truffaut on Breathless and Rossellini and Jean Gruault on Les Carabiniers. On the other hand, broad overviews tend to be Wollen’s specialty, and it’s difficult to pursue these aerial perspectives as often as he does without encountering some glitches of this kind. The advantage of this approach when it works is its invitation to rethink whole clusters of films in meaningful ways. In the same essay, when he cites three directors influenced by Godard — Bertolucci, Wenders, and Akerman, “who never abandoned their audiences as irrevocably as he did,” one encounters the following: “Wenders and Akerman found their niche and stuck to it, Bertolucci pulled back after Partner (1968) and ended up the prisoner of his cameraman, Storaro.” Whether one accepts this verdict or not, it’s provocative enough to stir the pot.

It’s worth adding that the fourth edition of Wollen’s first and still best-known book — Signs and Meanings in the Cinema – which came out in 1998, twenty-nine years after the book’s first edition — makes room for the nine journalistic and auteurist pieces written under the pseudonym Lee Russell for New Left Review between 1964 and 1967, followed by a 1997 “interview” with Wollen conducted by the same alter ego. It’s a pity that this expanded edition — which virtually doubles the value of the original, much as the expanded edition of Negative Space does — appears to have received less critical notice than its predecessors. I suspect that the unfashionable profile of auteurism in today’s academic climate has something to do with this, and I hope that Paris Hollywood, which also has a bracingly unapologetic auteurist slant in spots, doesn’t suffer the same neglect as a consequence.

Although the book’s division (after an introductory “Alphabet of Cinema”) into three sections, each containing six essays, looks rather cursory — “Directors and Filmmakers,” “Films and Movements,” “Themes and Styles” — the continuity of Wollen’s ongoing interests is apparent throughout. Curiously, very few acknowledgements of where these pieces first appeared are included; the occasional English magazine Pix is mentioned, but neither Sight and Sound nor the London Review of Books, while the New Left Review gets mentioned only once. And unlike the fourth edition of Signs and Meaning, Paris Hollywood has the drawback of starting off with its best piece and ending with its weakest. The aforementioned “An Alphabet of Cinema,” which started out as a Serge Daney Memorial Lecture at the Rotterdam International Film Festival in 1998, is a bold and graceful position paper that combines theory and autobiography while covering the major preoccupations of Wollen’s work in general and this volume in particular. Its virtues might even be said to summarize Wollen’s major strengths — clarity and simplicity in the service of interdisciplinary perspectives, a comprehensive familiarity with art movements (for Wollen, interestingly, artists are never viewed in isolation, even when they’re regarded as auteurs), and a flair for epigramatic terseness that enables him to cover a lot of ground quickly. 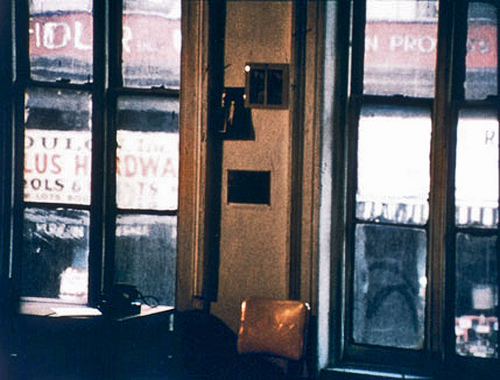 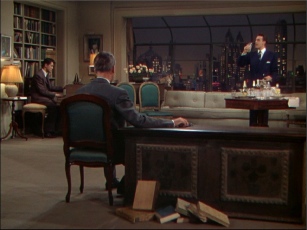 There are a few times when he seems to be covering ground too quickly and mechanically — and perhaps coincidentally, one of these occasions is “Speed and the Cinema,” the last piece in the collection, and by all appearances the fastest (or laziest) in execution, abounding in cloudy writing and imprecise descriptions. Consider this, for example: “When Michael Snow made Wavelength, he inserted two significant narrative incidents into the otherwise neutral time-space of the loft in which he had set up his camera” — an account that privileges the moving in of a bookcase and the collapse of a man on the floor while ignoring a young woman’s subsequent discovery of the man’s body and a phone call she places about it (which in a way have more narrative significance than the previous two incidents by virtue of being retroactive in focus). And just as Wollen goes along with the common misconception that Rope consists of nothing but ten-minute takes laid out end to end (see Robin Wood’s Hitchcock book for a more accurate précis), he revives the chestnut of Wavelength being “in effect a single continuous zoom shot” — an account that manages to overlook several shot changes, switches between day and night, and halts and pauses in the zoom’s progress.

A desire for pedagogic lucidity at all costs seems to be behind such gaffes. It also might be said to account more generally for the more programmatic aspects of Wollen’s conceptualizing of experimental film as a practitioner as well as a theorist. One often feels that his films with Laura Mulvey are destined to begin as well as end their lives on blackboards, making their projection and viewing experiences seem almost like necessary intermediate evils. Similarly, in Paris Hollywood, Wollen has much more to say about why the films of William S. Burroughs and Tony Balch should be interesting than about what it’s actually like to watch them. (Perhaps significantly, when I first encountered this essay as a lecture by Wollen, no clips or screenings were included, with the tacit implication that these might only muddy the waters.)

To some extent, similar distinctions apply to the pieces in Paris Hollywood about Viking Eggeling and Jean Rouch, as interesting as they are. And this may help to explain why Wollen is generally stronger writing about oeuvres and tendencies than he is in dealing with individual works. His remarkable BFI Classic volume on Singin’ in the Rain is a notable exception; the relatively warmed-over essays about The Rules of the Game and Blade Runner are, alas, more typical. 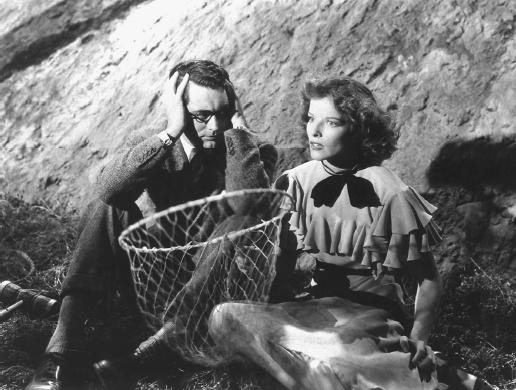 Much stronger here are the articles about Hawks and Hitchcock, part of whose value lies in their fascinating and telling bits of background information. The former essay begins with a story of how Bringing Up Baby was inspired by John Ford’s real-life affair with Katharine Hepburn, and one of the more suggestive (if unexplained) tidbits proffered in the latter essay is a reference to Hitchcock’s “unachieved collaboration with Len Lye on The Secret Agent.”

Maybe these examples qualify as gossip, but it’s out of such gossip that the most illuminating film history often emerges. And one of the most important contributions of Paris Hollywood is its suggestion that Wollen may finally matter more as a historian than as a critic. This is especially pertinent to his essays on film canons (including an acute analysis of the processes by which film history gets formulated and written) and a couple of intriguing forays into British cinema, a subject he has often neglected in the past: “The Last New Wave” and “Rill-Raft Realism.” The first of these, a belated “discovery” of Derek Jarman and Peter Greenaway, is valuable less as an appreciation than as a comprehensive remapping of British cinema over the second half of the twentieth century that is packed with historical insights. Considering how much Wollen has to say about the lay of the land, his casual descriptions of a crevice or two may finally not matter very much.