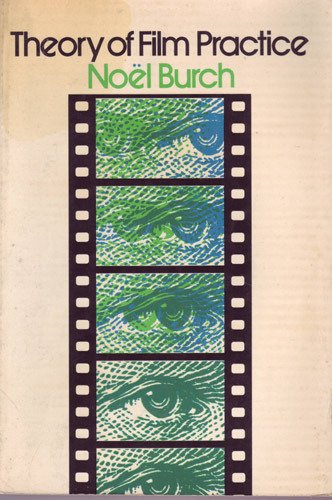 A book by Noël Burch

“These comments were written before the release of Tati’s ‘Playtime’. Even if they still hold true for films in general, they are not applicable to Tati’s film, the first in the history of cinema that not only must be seen several times, but also must be viewed from several different distances from the screen. In its form, it is probably the first truly ‘open’ film. Will it remain an isolated experiment? Masterpieces somehow eventually assert their authority and become models.”

It seems oddly appropriate that “Theory of Film Practice” should appear in Cahiers du Cinéma that same year (1967) that “Playtime” opened in Paris, and also that they should arrive in America at approximately the same time. Films that re-define the language and syntax of cinema are rare in any period, and it is hardly surprising that books that do the same are even less common.

Both works, emerging out of years of reflection, stand defiantly apart from the surrounding landscape, inviting us to share that broad perspective. Each offers us a fresh garden of possibilities in the midst of a familiar terrain by drawing us into a kind of creative collaboration that requires, at least implicitly, that we become film makers.

In “Playtime,” along with the film’s characters, we are taught that the way to live in planned space and make it our own is by re-forming it, e.g. carving our own compositions out of Tati’s generously over-abundant ones. This concept becomes apotheosized as a marvelous metaphor in one of the closing shots, when, to the tune of a climactic refrain in the merry-go-round muzak score, a worker’s crane sweeps majestically into view, and the joy of the tourist who has located himself becomes the exhilaration of the director scanning his own world. 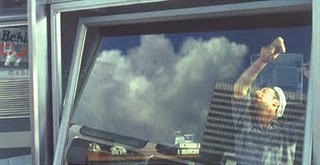 Although its form of discourse is obviously quite different, the pleasure of discovery afforded by “Theory of Film Practice” is not dissimilar. Burch’s book treats film-viewing and filmmaking as parts of the same integral process: “Our purpose is on the one hand to make cinema and on the other hand to watch it,” he specifies in his conclusion to the French edition, “but to watch it as we make it– that is, as a perceptible reality.” Properly speaking, Tati and Burch don’t so much re-define cinema as provide new data and relationships which goad us into re-defjning it for ourselves.

Not that Burch doesn’t have specific biases of his own. By discussing formal devices in such a way that they pass beyond their familiar roles as “means of expression” and actually become the things expressed, he probably goes further than any formal critic before him in viewing film in a phenomenological context rather than an ideological one. And in the process, he paradoxically bypasses more than 20 years of anti-Eisenstein invective to reinstate montage as the cinema’s most privileged formal option: “Although camera movements, entrances into and exits from frame, composition, and so on can all function as devices aiding in the organization of the film object, I feel that the shot transition will remain the basic element in the infinitely more complex structures of the future.” 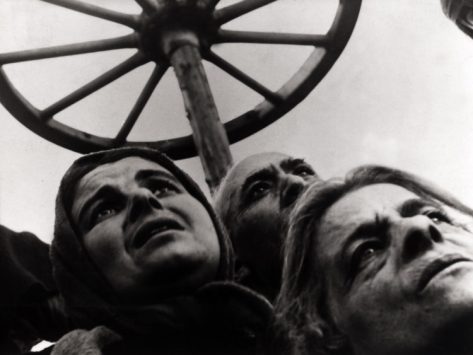 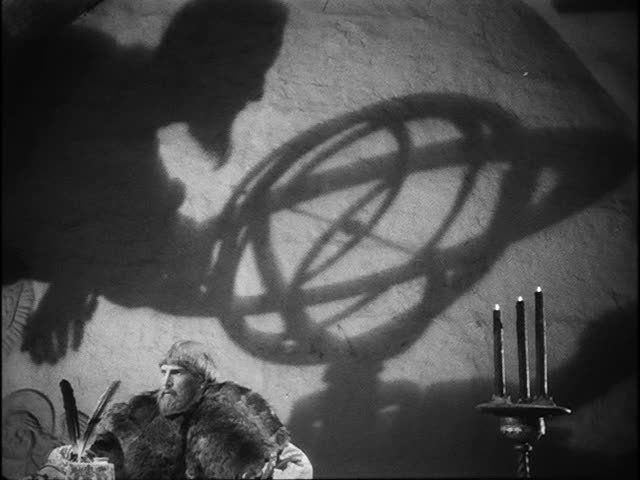 Outlining many of the formal options available to filmmakers –- continuous and discontinuous forms of cutting (called “matches” and “mismatches”), interactions between sound and image, functions of chance, and “structures of aggression,” among others –- Burch generally restricts himself to the most concrete descriptions and examples of each. We are told, for instance, how “The Passion of Joan of Arc” and a scene in “Ivan the Terrible” each create a kind of space that “exists only in terms of the totality of shots” in a sequence, so that “we no longer have any sense of a surrounding space endowed with independent existence from which a sequence of shots has somehow been excerpted.” We learn how sound effects are used structurally to augment and extend the musical score of Mizoguchi’s “The Crucified Lovers”; how Franju’s “Blood of the Beast” “presents us with an almost musical interaction between moments of tension and moments of respite, in the form of more or less closely spaced and more or less pronounced crossings of the pain threshold”; how Hitchcock spatially disorients the spectator with a cut in “The Birds” that preserves spatial continuity. 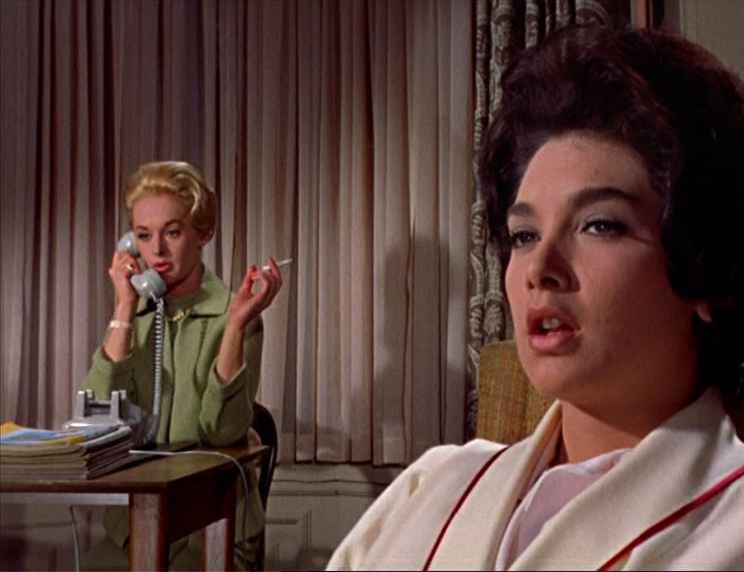 To the best of my knowledge, none of these phenomena have ever been noted before in print, and much of the value of Burch’s pragmatic theory is that it makes evident and legible what few other spectators have been alert enough to notice. “What he says about matches is purely practical,” Godard remarked as the book was appearing serially in Cahiers du Cinéma, “and one feels that it’s the work of someone who has produced and thought through it, and reached certain conclusions about their manipulations.”

Not being a filmmaker, I can only depend on the word of Godard and others that Burch’s approach is a practical one. But as a filmgoer who has already been using his book as a partial guide for several years, my own experience certainly bears this out. Indeed, as someone who finds most of the current French efforts to construct a “science” of films out of Marxist and semiological materials interesting only in the abstract, without immediate relevance to the films I see, I consider Burch’s still-evolving methods of formal analysis -– inscribed within the general movement while also, in certain important respects, standing apart from it -– to be the most instructive and useful in contemporary criticism.

Annette Michelson’s introduction –- situating Burch in a historical context that includes Eisenstein and Bazin, as well as Warshow, Agee, and Sarris –- also describes the relation of his approach to the parameters of serial music and the criticism of Boulez, Fano, Hodeir, and others. The relevance of musical organization to film has obvious attractions for a formal critic, particularly one who believes that “film, like music, can gain something from progressing toward greater and greater organic unity.” Musical notes, of course, are never ambiguous in the way that words or images can be; they invariably say what they mean and announce what they are. Discussions of “pure form” set a lot of people’s teeth on edge, and it must be admitted that this term usually becomes a cant phrase whenever it used without a convincing demonstration. But as a Platonic ideal and a functional reference point, it is far from meaningless; it’s something that affects every waking and sleeping moment of our lives, and I’m sorry folks, Ozu isn’t important simply because he’s “compassionate” any more than “The Blue Angel” is “great” just because of Dietrich and Jannings. 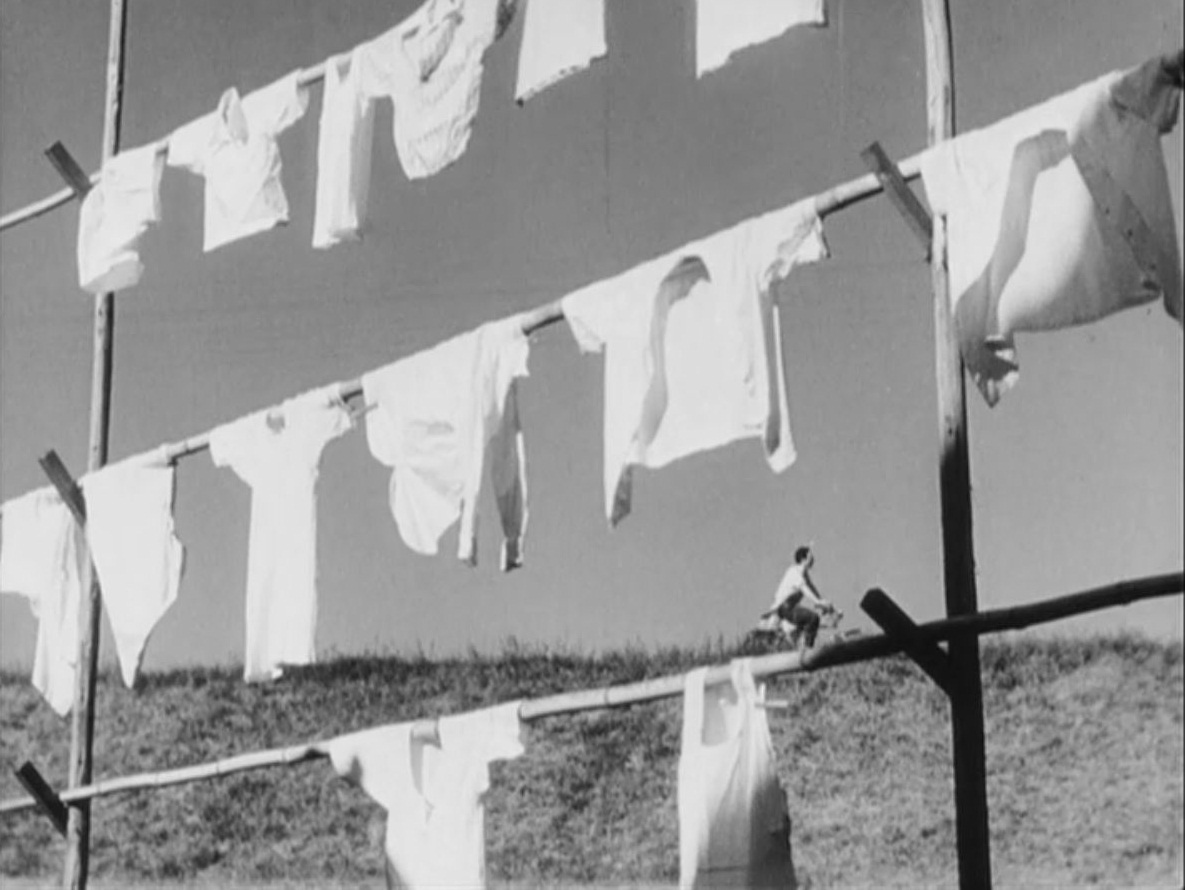 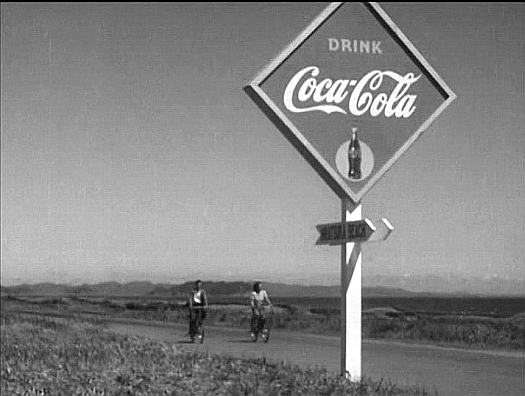 Burch tells us nothing about Ozu’s compassion or the performances of Dietrich and Jannings, and there’s no reason he should: we already know these things, and there are plenty of people around to keep reminding us. Much more usefully, Burch discusses the contrasts explored by Ozu between sharp and soft focus, and the nature of the tensions produced by his “empty” shots; in “The Blue Angel,” a rigorous “structure of variations” is revealed in the opening and closing of doors in the dressing rooms, which controls what is audible or inaudible from the music hall –- a structure persuasively related to the film’s dramatic progression: “The very first scene in the classroom when Jannings opens the window, thereby allowing the ‘celestial’ sound of the children’s chorus to enter, is…a subtle prefiguration of this underlying pattern; moreover, it is the last time Jannings will be in control of events.” 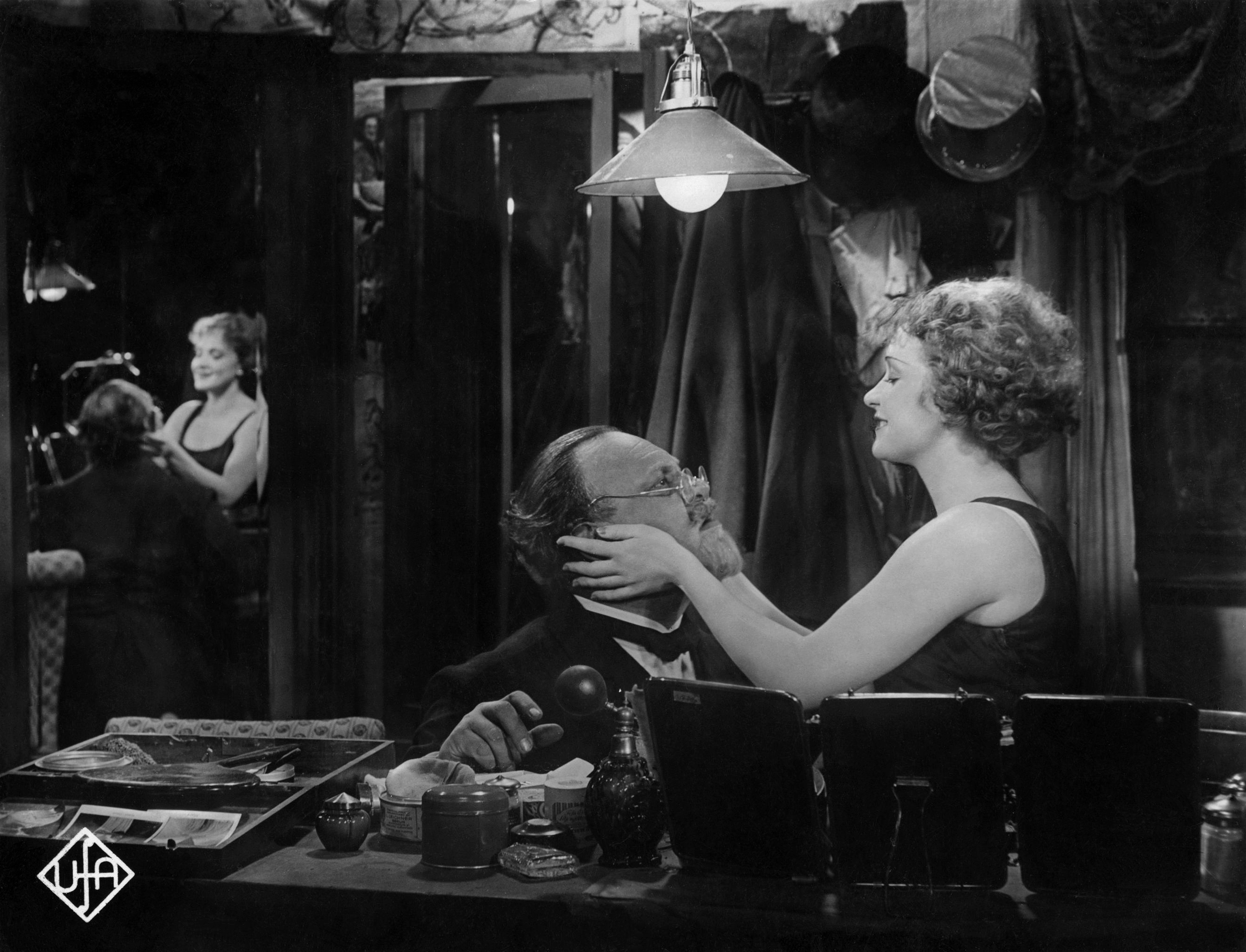 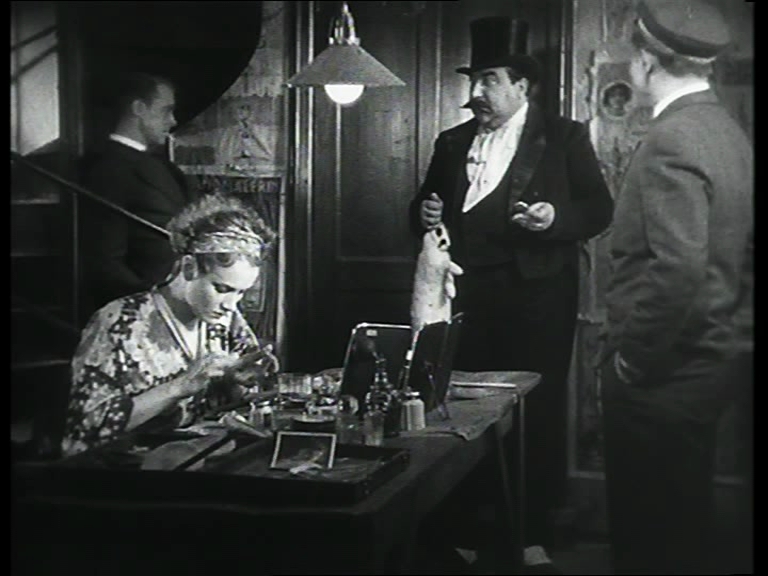 Examples of this sort cannot be fully appreciated out of context; they are designed to illustrate particular formal structures, and take their place within a systematic exposition of what these structures are. Above all, they assume the creative participation of spectators in films on a fully conscious, active level: “In Eisenstein’s view –- as in my own -– a complete reading of artistic practice, including the conscious perception of form, is a liberating activity.” Needless to say, this notion runs counter to the “zero point of cinematic style” which Burch associates with the illusionism of commercial cinema –- an approach that generally seeks to make most formal articulations invisible. But if Hollywood has a less than central place in his survey, it is still accorded much closer attention than avant-garde films are given by most critics of commercial cinema. 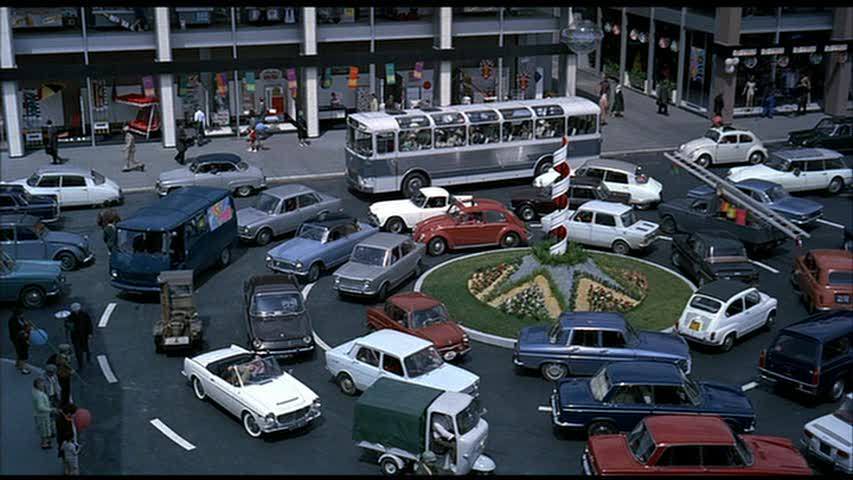 Which leads us, in a sense, back to the comparison which began this review. “Playtime,” standing on the frontier between commercial and avant-garde cinema, and possibly the greatest formal achievement in European cinema in the 60s, finally appears in the U.S. – in 35mm instead of 70, without its stereophonic soundtrack, in a version shortened by 44 minutes; and to make sure that most people don’t get the point, the distributors advertise it as another Hulot picture. “Theory of Film Practice,” probably the most important formal study of cinema since the death of Eisenstein, certainly fares a lot better: Burch has had an opportunity to re-cast the text somewhat for an American audience -– cutting his original conclusion, and adding a somewhat cautionary and self-critical preface –- and Michelson’s introduction builds some helpful historical and transcontinental bridges.

For those who know what to do with them, “Playtime” and “Theory of Film Practice” are arrivals to be celebrated; for the rest, their lessons are likely to be around for a long time. Or as Burch puts it, “Masterpieces sometime eventually assert authority and become models.”